When it comes to the Easter period, is finding a quiet break at bargain basement prices simply too much to ask? The answer: no, because we’ve done the work for you. And here are six prime spring holiday destinations where firstly, you’ll be able to avoid the tourist hordes for the most part, and secondly, the price tag is nicely affordable. 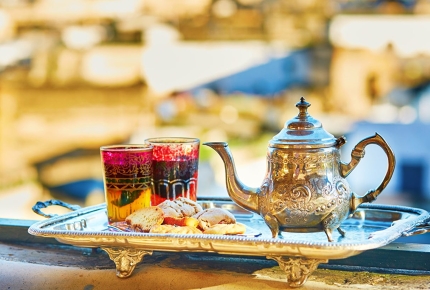 A fascinating mix of culture, religion and tradition, modern-day Marrakech is as captivating as it was in the days when Winston Churchill declared the city “the nicest place on Earth to spend an afternoon”.

Marrakech is home to some of the country’s finest traditional hammams (bathhousea) – the ideal, steamy escape from the hubbub of the city. These marble-lined temples of relaxation often dispense black soap and exfoliating gloves at the door and offer massage and spa treatments for a small fee. Outside the city walls, there’s many delights within easy reach. From the white-washed buildings and golden sands of Tangier to the tranquillity of the Berber village of Imlil, at the foothills of the Atlas Mountains, Morocco has bountiful options for both fans of the adventure holiday and of the sun-lounger.

April is shoulder season for much of South Africa, when the dry heat of summer finally comes to pass and coastal cities like Cape Town enjoy the warm, temperate throes of autumn. Crowds are deserting the beaches, even when temperatures are in the mid-twenties (Celsius), so if you’re worried about getting lonesome head for Boulders Beach in Simon’s Town, a beautiful stretch of coastline you can share with its famous colony of African penguins. With no fear of beach towels and tourists in socks and sandals, our winged friends are fine company – just don’t expect any help slapping on the sunscreen.

Day trip options from Cape Town’s golden shoreline include the ferry journey to the infamous Robben Island. The small island where Nelson Mandela was imprisoned for 18 years is now a museum to his struggles in the anti-apartheid movement. Thankfully daily visitor numbers for the island – as well as Boulders Beach – are restricted, keeping out the madding crowds. The exchange rate means a holiday here costs around half the price as in would be in the UK or USA – meaning you can indulge in gourmet dining and fine Cape wines without having to worry about prices.

A good number of international airlines operate out of Cape Town Airport, making the city in the shadow of Table Mountain easily accessible, whatever the season.

3. Easter for the cowboy in you: Mexico City, Mexico 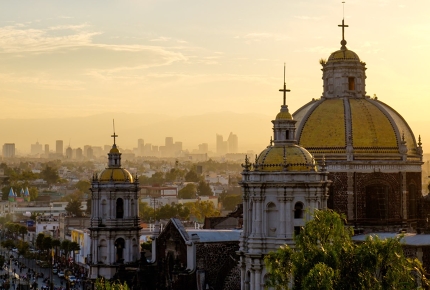 It might be the one slither of a silver lining, but Mexico’s tourism industry has been enjoying an unexpected shot in the arm from the Trump presidency and subsequent drop in the peso. With more currency in your pocket, there’s never been a better time to enjoy the colonial charms of Latin America’s most populated city. Check out this City Highlight article for tips on enjoying the city’s grand cathedrals, colourful bazaars and the Aztec antiquities lovingly preserved at the Museo Nacional de Antropologa. Temperatures in Mexico City are picking up from the winter ‘lows’, before Mexico’s rainy season really starts in earnest.

April is also the ideal time to try mountain biking in the nearby wooded hills of Desierto De Los Leones, or saddling up with one of Mexico’s cowboys – the fabled vaqueros – who will show you around the highland plains of Estado de Mexico on horseback.

Another victim (or is it benefactor?) of a recent currency slump, Russia is a far more attractive holiday destination with its weakened Ruble than it was a decade ago – even if the country’s visa process continues to frustrate would-be tourists. April isn’t a bad time to visit the capital either; the winter snow is melting away and the first shoots of spring are starting to emerge through the hardy Muscovite soil. Russia’s capital is also the finest place to witness a state in the grip of a religious revival, with Orthodox Christian traditions renewed over the Easter period.

Orthodox Easter and the customs around it provide a fascinating spectacle. Typical Easter foods, like sweet breads and Easter cakes, decorate window displays; Orthodox faithful even take their kulich (fruit and nut yeast cakes) to get blessed and made holy on Easter Saturday. Midnight mass is a ritual for many and although services don’t begin until 2300, queues often start forming in the afternoon.

Join the 5,000 worshippers at Moscow’s Christ the Saviour Cathedral, the city’s grandest holy building. Prior to the liturgy, candles are lit with ‘Holy Fire’ delivered from Jerusalem’s Church of the Holy Sepulchre, church bells ring out into the night and the priest walks around the outside of the church swinging incense, followed by his faithful congregation. 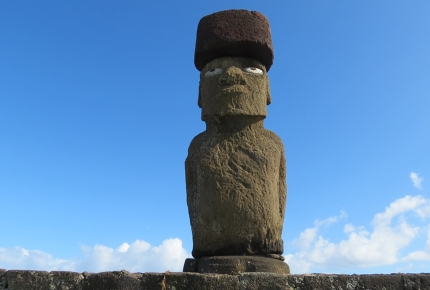 Where more fitting for an Easter holiday than Easter Island? The autumnal colours of Chile’s low-lying plains in April make the month an appealing time for a visit to South America’s narrowest country, and the plane ride to the ancient moai statues on the volcanic Easter Island is worth every penny.

The island is one of the most remotest sites on Earth – and with a minimum of 5 hours plane travel from the nearest continent, coupled with the limited routes, you’re definitely not going to be swamped by other visitors. The temperate, dry weather at this time of year means hiking and horseback riding opportunities abound too. April is also the start of the off-peak season for the rest of the Patagonia and it’s a fine time to see the majesty of the Torres del Paine National Park, from the mountain glaciers to the grasslands. It’s also reputedly the best season for spotting the elusive puma, one of the world’s least seen big cats. 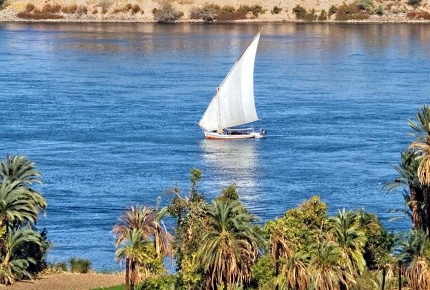 Comfortable temperatures, fewer crowds and lower hotel rates, what’s not to love about Egypt in April? Set near the mouth of the Nile Delta, Egypt’s capital lays claim to history dating back nearly two millennia and its ancient sights, not least the Giza Pyramids, hold seemingly eternal appeal.

While tourist numbers are lower in April than at almost any other time of the year, Cairo’s urban sprawl never quietens down and its greatest souk, the Khan el-Khalili in Islamic Cairo, remains an intense, thronging maze of alleyways lined with market stalls and tiny shops where exotic silks, spices, jewellery and perfumes are up for barter.

If the intensity of the city gets too much, take a traditional felucca boat for a serene cruise down the Nile, or head some 225km (140 miles) northwest of Cairo to the ancient port city of Alexandria. Here you can enjoy a fresh breeze off the Med, immerse yourself in Greco-Roman landmarks and take a harmonious stroll through the bucolic Montazah Palace Gardens.