A year and a half ago I called United’s San Francisco – Sydney New Years Eve service the unluckiest flight after smoke in the cockpit caused a diversion to Hawaii, and then a bird strike during the diversion took the plane out of service even the next day.

However Wednesday’s American Airlines flight AA192 was its own kind of unlucky: a double diversion. 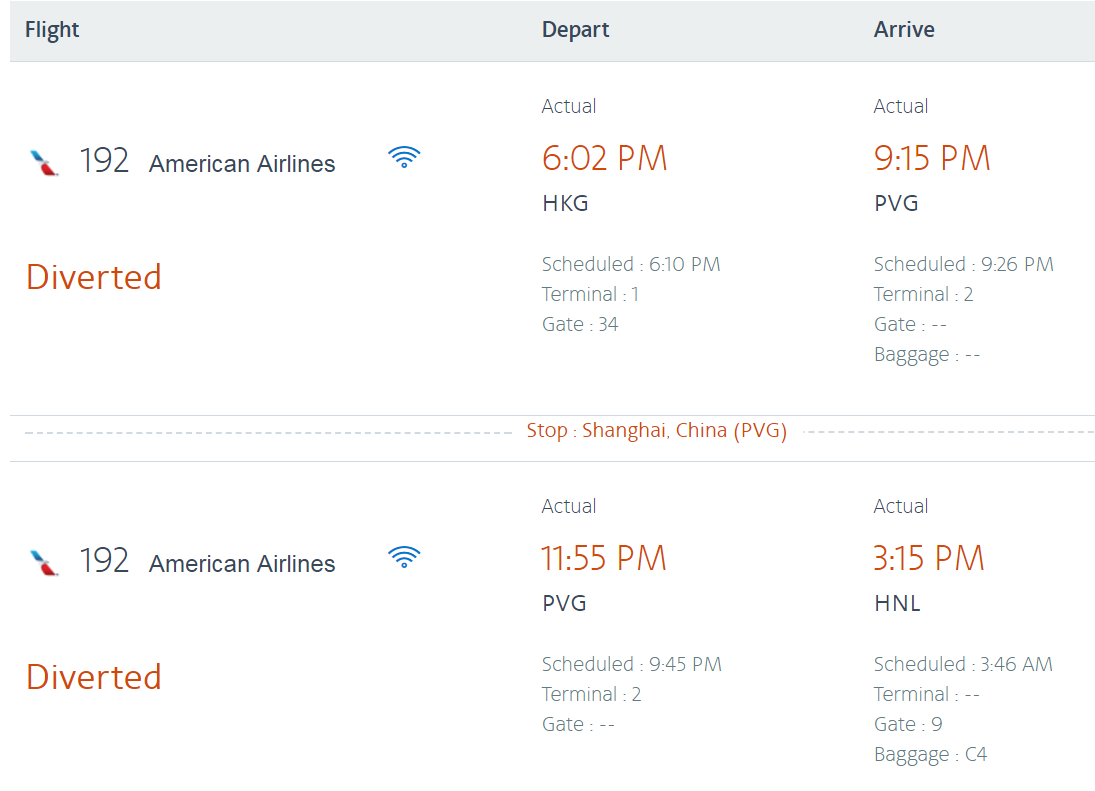 Flying Hong Kong – Shanghai – Honolulu – Los Angeles turns out only to be about an extra 1000 miles of flying, though it’s a lot of extra time on the ground.

An American spokesperson tells me that they diverted to Shanghai due to a medical emergency: “The ill passenger, and a relative, went to the hospital.” (It seems that unfortunately neither this doctor nor Tim Tebow were onboard to successfully treat the issue inflight.)

At that point they knew that they “didn’t have enough crew time to fly to Los Angeles” — there are only so many hours that the same crew can fly. So they had a choice to make: