While leaf peeping is best done on foot, the better to engage all of your senses and you have to get there somehow, so today here are some advice for best fall foliage road trips. Check them out, below. 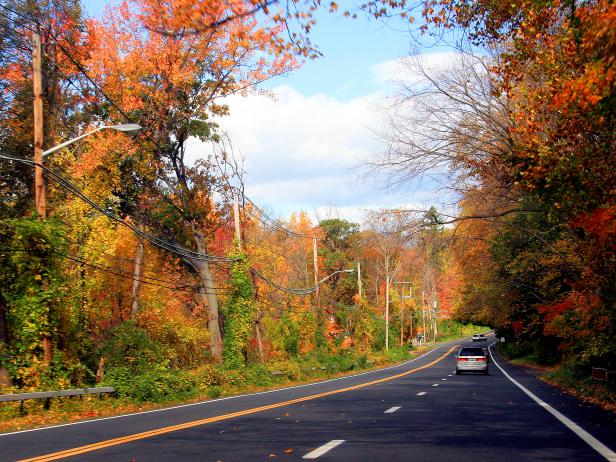 In the Northeast, New England reigns supreme for fall-foliage viewing. Such states as Maine, New Hampshire, Vermont, Massachusetts, Rhode Island, Connecticut and New York all offer picturesque, bucolic settings to watch this colorful phase of photosynthesis. Autumn leaves in many other states are equally brilliant but New England is blessed with rolling, forested terrain and quaint towns — both of which accentuate the leaf-peeping experience.

Top road trips in Maine include Route 17 from the coastal city of Rockland to the state capital of Augusta, and routes around Sebago Lake, northwest of Portland, and Baxter State Park, in north-central Maine.

In Vermont, try an 88-mile loop in the center of the state along Routes 100, 107, 12 and 106 through Gaysville, Barnard, Woodstock, Ludlow and Killington.

New York’s Hudson River Valley has been drawing leaf peepers since the advent of the United States. On the best days, you can see 5 states from the elevated panoramic view at the famous Point Lookout Inn on the Palisades Interstate Parkway.

Connecticut is laced with old timey country roads, including US Route 44 through Natchaug State Forest and State Route 154 through Old Saybrook. 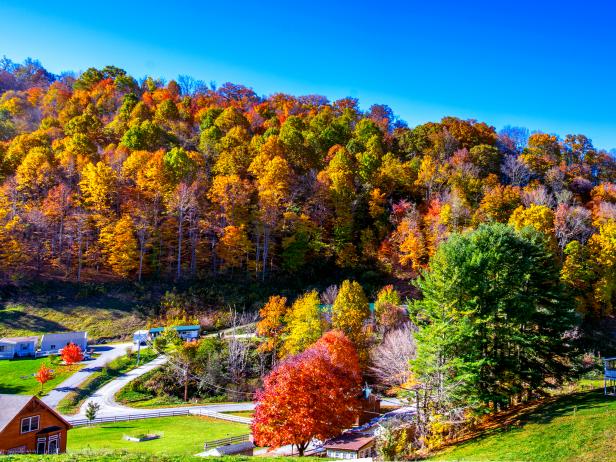 Most people don’t equate North Carolina with premium foliage viewing. But most probably don’t know that Mt. Mitchell, in western North Carolina, is the highest mountain in the eastern US (6,684 feet), and that the surrounding Pisgah National Forest harbors vast expanses of deciduous trees. Other leafy road trip opportunities include a drive through waterfall country on US Route 276, south of Asheville, and anywhere along the 469-mile Blue Ridge Parkway, which stretches from Virginia to North Carolina. 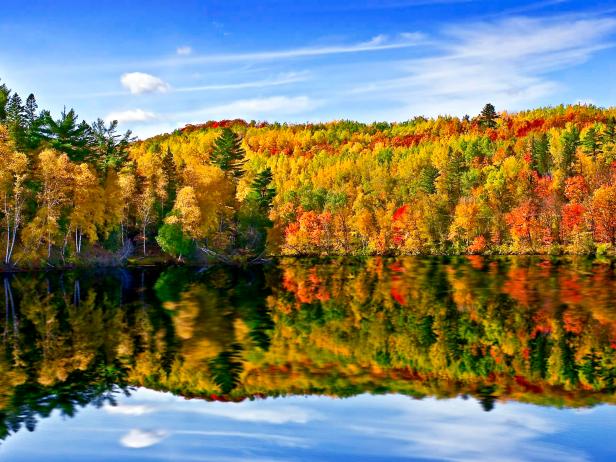 The Hocking Hills of southeast Ohio unfurl their colors on the western slope of the Appalachian Mountains. 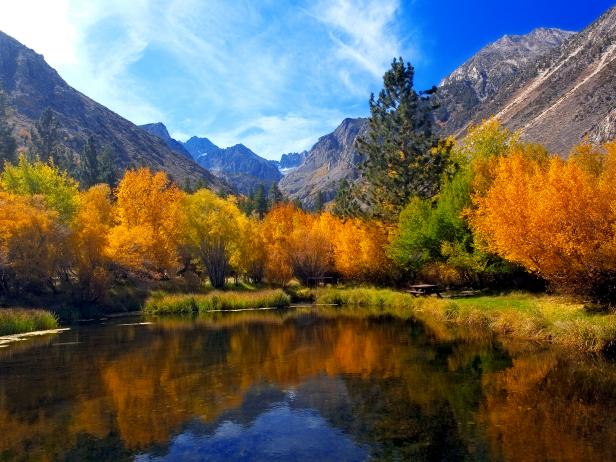 The Rocky Mountains offer stunning fall colors, although early snowstorms can impact road trips anytime after Labor Day. The aspen trees in and around Aspen, CO, turn a warm golden hue in the fall. The Maroon Bells, a pair of peaks in the 2.3 million-acre White River National Forest, southwest of Aspen, provide an idyllic backdrop for fall photography. In an effort to preserve the natural experience, traffic is restricted on September weekends on the main access to this area, Maroon Creek Road. But regular shuttle buses can get you in. 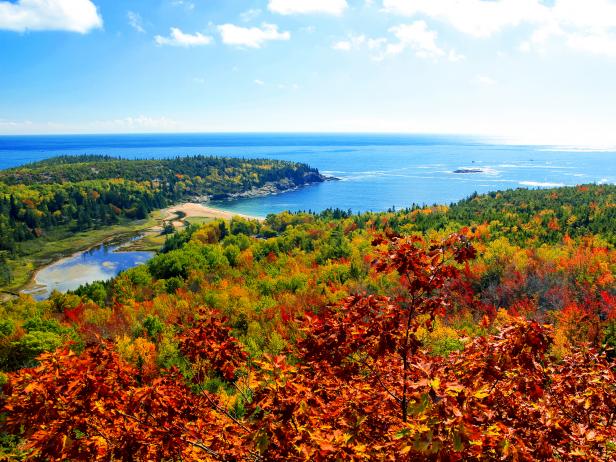 Prime viewing dates vary yearly based on weather. In general Mother Nature’s autumn show kicks off at the Canadian border and makes its first appearance in New England states such as Maine, New Hampshire and Vermont in early September. As the month progresses, the colors wind their way down South where the final colors fade away in early November.

Leaf peeping is serious business in many states, so expect crowds on peak weekends and, to the extent possible, plan ahead for lodging and dinner reservations — or (even better) sneak away midweek to have more of the experience to yourself.

The US Forest Service offers regular updates on where and when to catch the best fall colors in 29 states. To make the most of your fall foliage road trip, slow down, stop frequently for photo ops and interact with the locals along the way.

10 of The World’s Strangest Museums

A Complete Guide to Travel to Shanghai