Now it’s time to veer off the beaten path for some experiences that are uniquely Croatian — from sipping wine in an ancient cave under a busy city airport to basking in 5-star luxury in a remote century-old lighthouse.You’ve paraded through Diocletian’s Palace, you’ve sauntered along Dubrovnik’s city walls. So here are our picks for Croatia’s top unique travel sights. 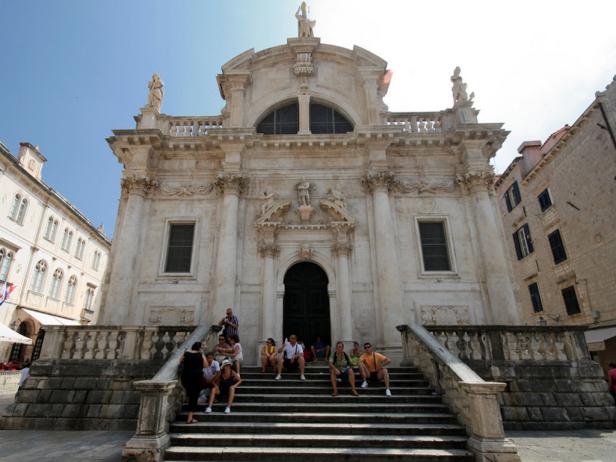 Just north of the Istrian city of Pula is the sleepy little hamlet of Vodnjan, where the spooky main attraction is inside the town’s Baroque church, St. Blaise. Here, a tour guide will escort you to a room behind the church’s main altar, wherein lie the very dried but (to varying extents) frighteningly intact remains of 6 long-dead Catholic saints, brought here from Italy for wartime safekeeping nearly 2 centuries ago.

Among them is St. Nicolosa Bursa, whose 500-year-old mummy is claimed to be the best preserved in Europe, and is furthermore reputed to work miracles against a host of ailments. The church is also home to a reliquary with more than 350 glass-protected holy artifacts, including a thorn from Jesus’ crown and the undecayed tongue of St. Mary of Egypt.

2. Taste Wine in an Under-Airport Cave 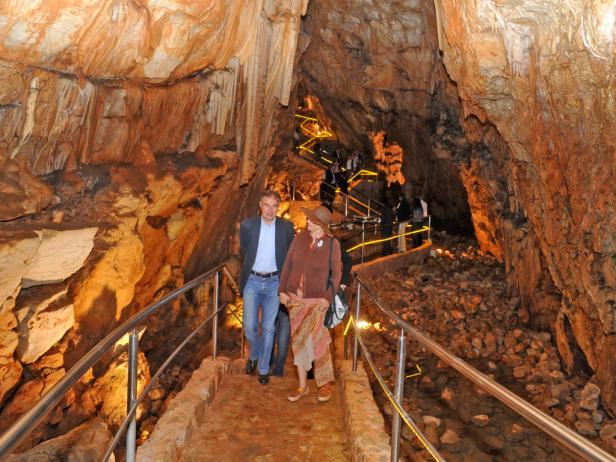 Directly under the runway of Dubrovnik’s international airport lies a timeless and otherworldly cave filled with stalactites, stalagmites and traces of human activity from the Bronze and Iron ages. For the last few years, the nearly 100,000-square-foot cave has contained something much more modern as well: a naturally-chilled wine cellar, with a selection of great wines from Croatia’s nearby Konavle region.

Đurović Cave, as it’s officially known, is therefore now also called Skycellar, and is accessible by a 130-foot tunnel via an entrance near the airport’s main office. After touring the magnificent cave, guests can sample the Skycellar wines; if they like what they taste, more can be had by the bottle at the onsite shop.

It began as the creation of 2 Zagreb-based artists — and former lovers — who wanted to pay tribute to doomed romance by exhibiting its inevitable leftover remnants, from the charming to the heartbreaking to the downright scary (like the actual ax used to destroy a cheating husband’s furniture).

The ever-growing collection of wildly diverse breakup-related mementos (made up entirely of donations) went on a world tour starting in 2006, eventually being seen by some 200,000 people. In 2010 the collection came home to Zagreb, where its founders turned it into the city’s first privately owned museum. The following year it won Europe’s esteemed Kenneth Hudson Award, established by the European Museum Forum, for its unique subject matter, with judges noting that the museum “encourages discussion and reflection not only on the fragility of human relationships, but also on the political, social and cultural circumstances surrounding the stories being told.” 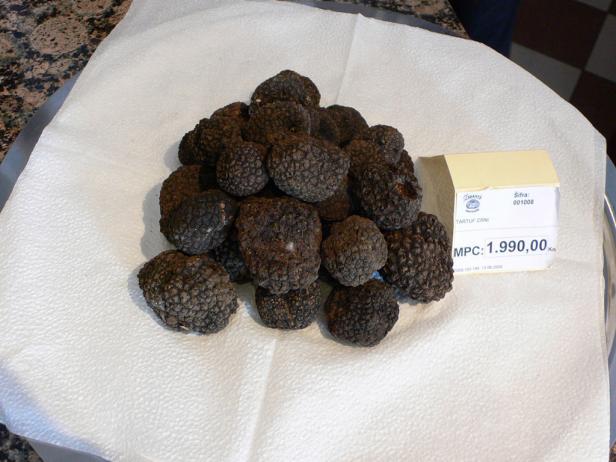 Croatia’s northwesternmost region of Istria is well known for its heavenly truffles, and no place here is more celebrated for them than the charming hilltop town of Buzet — which indeed calls itself the City of Truffles. Every November, Buzet hosts the fantastic Truffles Weekend festival, which says nothing of the massive 2,000-egg truffle-filled omelet that gets cooked up here every September to mark the beginning of the area’s Truffle Days.

Hunting the prized fungus can be half the fun, and one of the best Buzet resources for this is the expert Karlić family, who (with their team of more sensitive-nosed dogs) lead guided forays into the local forests on the prowl for the underground delicacies.

5. Really Listen to the Sea 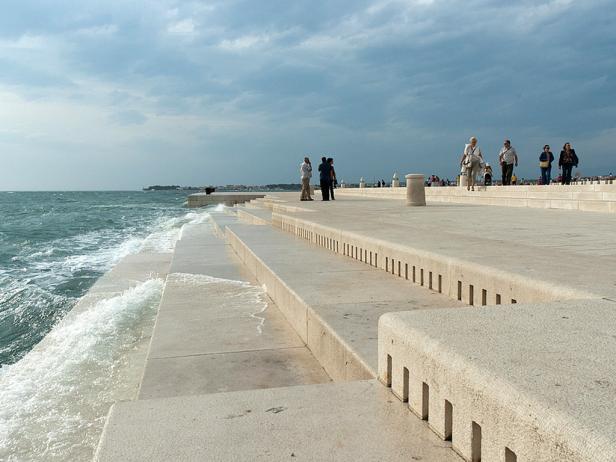 Midway along Croatia’s Adriatic coast is Zadar, the city of 75,000 that’s perhaps now best known for its unusual seaside audio installation known as the Sea Organ. Using a series of 35 polyethylene pipes of varying diameters and lengths, the Sea Organ was mounted beneath the 230-foot-long steps along Zadar’s redeveloped coastline, then opened to the public in 2005.

Waves coming in from the sea create different tones, which emerge almost magically through discreet openings in the stairs. The Sea Organ creates oddly beautiful tunes that are never the same twice, making walking along the steps a harmonious delight unlike any other in the world. The instrument earned Croatian architect Nikola Bašić the European Prize for Urban Public Space in 2006.

6. Sleep in a 5-Star Lighthouse

Opened in the summer of 2012 after an extensive renovation, Villa Lanterna on Croatia’s mid-coastal island of Vir is one of about 45 extant lighthouses in Croatia, and the latest of a handful that have been converted into villas to accommodate overnight guests. Though its lighthouse days date back more than 130 years, Villa Lanterna’s overhaul has transformed it into a tastefully modern 5-star, 4-bedroom property, located in a tranquil spot beside a pine forest and a lovely beach, but conveniently situated just 5 miles from the town of Vir.

The Best Wellness Centers and Spas in Croatia