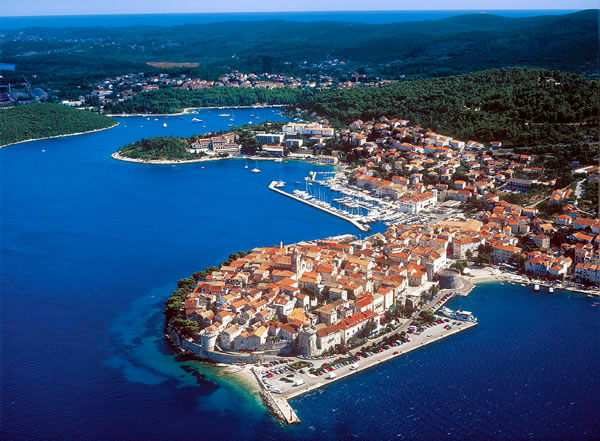 Korcula is the most popular island in the region of Central and Southern Dalmatia, and also 6th largest island in Croatia. Known for its greenery, beautiful nature and rich cultural heritage, it is a place that all tourists must visit. It offers a rich selection of apartments, hotels, camps, and because of the interesting coves, bays, beaches, it is visited by sailors as a place to sigh and to enjoy wonderful landscapes.Like all croatian islands, Korcula lives mainly from tourism, winery and fishing. Therefore, you can always find interesting taverns and restaurants to taste the local dishes or wines like Grk and Poship and enjoy the view of the small streets and houses with red roofs. And for adventurers – you can do hiking, biking or diving in some of the centers.

Korcula Island is second in population, after Krk. The largest areas are the capital Korcula, Vela Luka and Blato. Other places are Brna, Lumbarda, Pupnat, Kneze, Racisce, Zrnovo, Prigradica, Prizba, Grscica, Cara, Zavalatica, Babina, Smokvica. The island is rich with mediterranean flora, especially pine. The island can be reached by ferry from Orebich at the peninsula Peljesac, Ublim from the island Lastovo, and through summer, also there is a line from Drvenik near Makarska. Certainly, there are ferries from big cities like Rijeka, Split or Dubrovnik, and in the summer, from Italy. 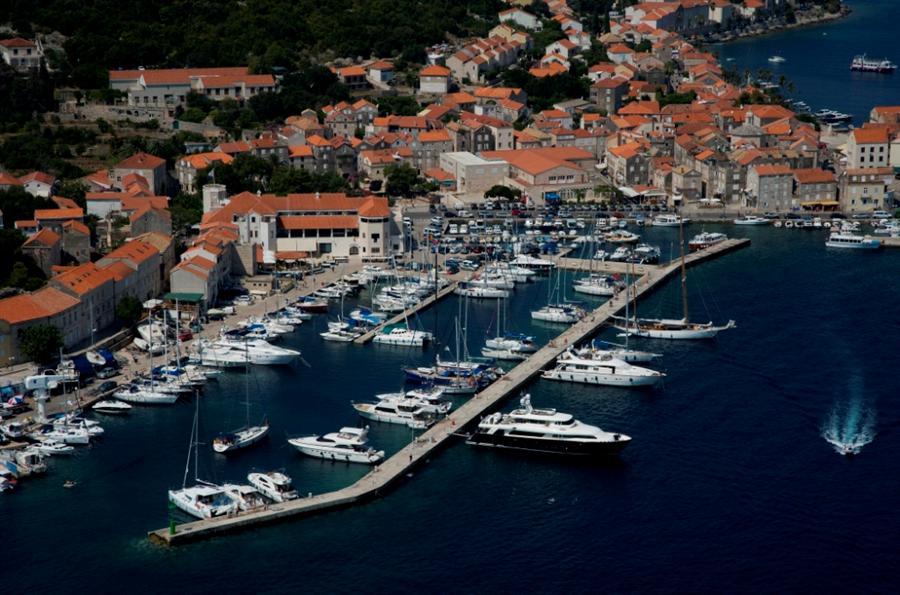 According to legend, this island was populated by the trojan hero Antenor, in the 12th century BC, then by the Illyrians , and after that it was a Greek colony called Korkyra Melaina, or Black Corfu (because of the certain vegetation). Korcula (city) is famous for the fact that seaman and merchant Marco Polo was born here. His house is now converted into a museum.

With its medieval dalmatian fortresses, towers and interesting houses, Korcula will certainly attract you to explore. Small streets are arranged like fishbone, which also allows air circulation and protection from strong winds. And remember that there is no public transport, so you will have to walk! Despite this fact, the city abounds with many museums, galleries, festivals and culture. The sword dance Moreska which was known around the Mediterranean, today is kept only on Korcula.

The important landmarks in the city that we will enumerate are: square of St. Marko, gothic – renaissance cathedral of St. Marko built by famous italian and croat craftsmen, the Town hall, the church of St. Mihovil and monastery from the 15th century on the island Badia

Island Korcula is surrounded by crystal blue sea, and is especially important for its 40 smaller islands that are ideal for swimming and exploring, including the famous Proizd, the Adriatic pearl with the best beach in 2007. Korcula beaches are mainly rocky, but you can also find the sandy ones, and even those with healing mud, as in Smokvice. Whatever you choose, you won’t make a mistake! We advise you to feel the magic of this beautiful island!