Indeed, you don’t need an AMEX Black Card to window-shop, but you definitely need big bucks to buy goods in these swanky spots. Well! Today we introduce to the top 10 luxury shopping spots which are filled with enough high fashion and designer labels to make shopaholics and style mavens swoon.

Before 90210 was a TV show 2 times over, it was simply known as the swankiest zip code in California and home to the ultra-posh Rodeo Drive. The shops here take up just 3 city blocks, but it’s an expensive walk with more than 100 boutiques and fancy hotels. There’s Hermes, Hugo Boss, Chanel, Etro and Max Mara, and those are just a handful of the shops between South Santa Monica Boulevard and Brighton Way. Moving down the drive, you’ll find Ferragamo, David Yurman, Michael Kors, Miu Miu and more.

With its trademark wide sidewalks and looming Arc de Triomphe, the Champs Elysees is the most well-known shopping street in Paris. Real estate is at a premium on this swanky thoroughfare, so it’s no surprise that only the most luxurious shops and popular chains have outposts here. The Louis Vuitton shop at 101 Champs Elysees is an architectural gem as stunning as the company’s signature bags. It’s also the only one of its kind in the world. Venture off this street to another shopping stretch on Avenue Montaigne with shops like Dior, Chanel, Chloe and French fashion house Courrèges alongside international design powerhouses. 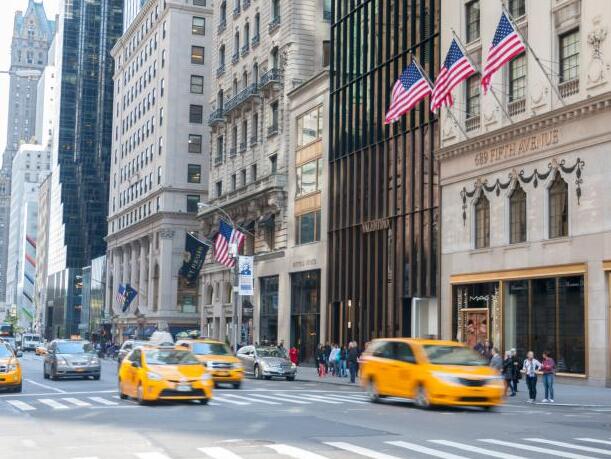 Channel your inner Carrie Bradshaw and stroll the Avenue. The fun starts at 49th Street with the original Saks Fifth Avenue and continues uptown with other department store greats like Bergdorf Goodman and Henri Bendel where the old-money ladies do lunch and nouveau-riche fashionistas employ personal shoppers. There’s no breakfast at Tiffany’s, but you can gaze in the same window made famous by New York movie icon Audrey Hepburn. Even the wee ones get into the luxe life at the flagship FAO Schwartz with its giant dance-on floor piano, Middleton Doll Newborn Nursery and the Muppet Whatnot Workshop.

As the world’s fashion capital, Milan has no shortage of high-end shops and cutting-edge boutiques. Many of these are located on the tony Via Montenapoleone. Fashion greats Giorgio Armani, Mila Schon and Gianni Versace all started their careers in this fashion-forward city and have shops along this street. For great Italian shoes, shoppers head to Tanino Crisci and Ferragamo, while Frette and La Perla peddle fancy knickers and silk nightgowns.

Bond Street in Mayfair is one of London’s most posh shopping spots with boutiques tucked alongside fashion stalwarts. Keep time with watchmakers and jewelry giants including De Beers, Cartier, Harry Winston, Bulgari and the British shop Asprey. While many prime shopping areas cater to women, the fashionable stretch of Bond Street helps the proper British man suit up with specialty shops including a number of stores carrying Italian menswear labels. 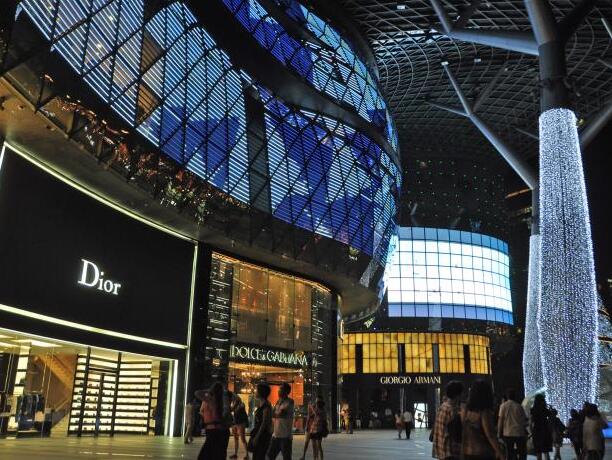 Orchard Road is one of the busiest spots in Singapore with tourists, hip teens, shoppers and sometimes even celebrities checking out the scene. The cool quotient went up even higher in this trendy hood with the opening of the  ION Orchard, a multi-use space with residences, art galleries and a super shopping mall. All of the usual suspects have fancy outposts including Dior, Diane von Furstenberg, Dolce & Gabbana, Prada and Miu Miu. Outside of the mall, another must-see shop on Orchard is the high-end Indian emporium Mumbai Se.

Central is literally the center of Hong Kong’s business district. Among the powerful financial institutions, there’s an equally impressive collection of designer boutiques and high-end department stores. Shops are located in a series of buildings including Alexandra House, Chater House, Prince’s Building and The Landmark. There are widely recognized names like Prada and specialized shops like Paule Ka for high-end French fashion, Ascot Chang for hand-tailored Italian suits and Baccarat for luxurious crystal and jewelry.

Visitors may be surprised at the opulent shopping on Moscow’s Tretyakov Drive, but serious shoppers know this is the spot to find the most expensive brands and labels. There are showrooms for the cars of the super-rich, including Bentley and Ferrari. Swiss watch company Chopard has a shop here as well as Bulgari and couture visionaries like Roberto Cavalli, Brioni and Gucci.

Mall of the Emirates (Dubai, UAE) 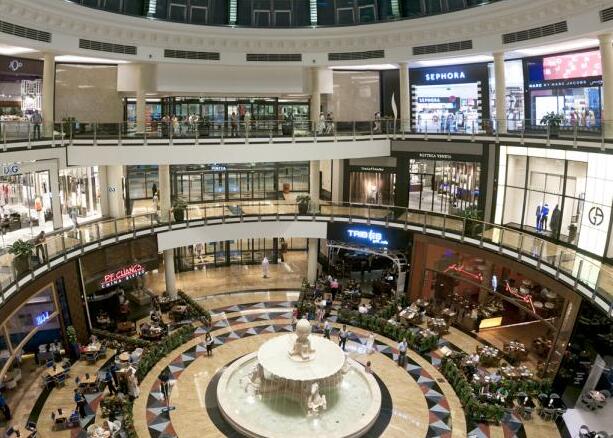 Dubai is known for taking luxury experiences to new extremes and the Mall of the Emirates does not disappoint. The mall, the largest outside of North America, has over 470 stores. Style stalwarts like Versace, Ferragamo and Ralph Lauren sit alongside Arabic boutiques. If that weren’t enough, there are nearly 70 restaurants, the 5-star Kempinski Hotel and an indoor ski slope.
Bloor Street (Toronto)

The best shopping in Toronto can be found along the stretch of Bloor Street West from Yonge Street to Avenue Road. The concentration of cosmopolitan shops on Toronto’s Bloor Street has earned this area the moniker “Mink Mile.” This shopper’s paradise includes international labels like Hermes, Prada and Gucci. Canada is represented by popular upscale shops including department store Holt Renfrew, menswear shop Harry Rosen and William Ashley for the finest china, crystal and silver.