In fact, frozen cocktails are enjoying a revival across the U.S. with such cutting edge cocktail meccas as Chicago’s Drumbar, Las Vegas’s Numb and New York City’s The Tippler specializing in delicious brain freeze concoctions. Frozen cocktails are traditionally associated with warmer months but there’s no reason why they can’t be imbibed throughout the year. Some mainstay bar franchises like Wet Willies specialize in specific frozen drinks like the Daiquiri and the Pina Colada while luxury hotel bars and restaurants like The Sun Dial in the Westin Peachtree Plaza Hotel are inventing their own frozen creations like the Peachy Keen, the White Chocolate Mudslide and the Atlanta Hurricane.

If a trip to Siberia over the holidays won’t mesh with your holiday travel plans, consider these other frozen classics that originated around the world, along with trivia for the home schooled mixologist. In case you missed the “Chillcation” special Booze Traveler: On the Rocks, Travel Channel’s Jack Maxwell embarks on his own quest for an infamous cold cocktail in the Siberian frozen tundra – “the greatest drink that ever was,” made from Russia’s true national spirit and sacred ice, traditionally drank under Siberia’s Blue Eye while being blessed by a Shaman. 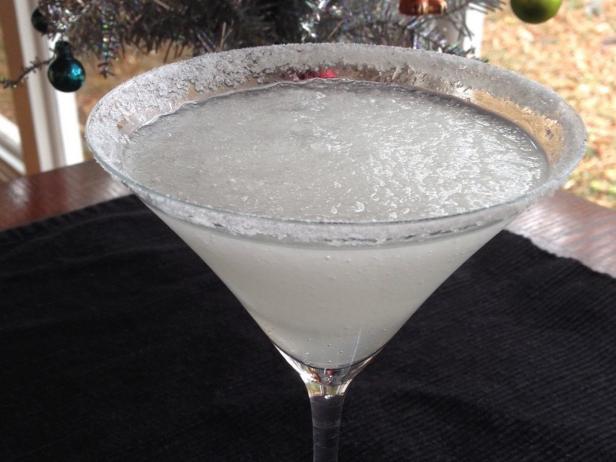 Accounts vary on who was actually the first to invent one of Mexico’s most popular imports but two of the most prominent suspects are Carlos “Danny” Herrera and Margarita Sames; Herrera allegedly created the cocktail at his Tijuana-based restaurant Rancho La Gloria circa 1938 while socialite Sames introduced the drink to guests, including hotelier Tommy Hilton, at her Acapulco home in 1948. Another source claims bartender Pancho Morales invented the Margarita in 1942 in Juarez at a hangout called Tommy’s Place.

One thing that isn’t in dispute is the basic formula for the cocktail which is a chilled mix of tequila, cointreau and lime, served with a salted rim around the glass. It enjoyed a whole new level of popularity after Mariano Martinez invented the first frozen Margarita machine in Dallas in 1971. Some bartenders will advise you, however, that when making the frozen version don’t use fresh lime juice because the flavor is considerably masked by the chill factor. Instead, use frozen limeade concentrate for the most flavorful results. 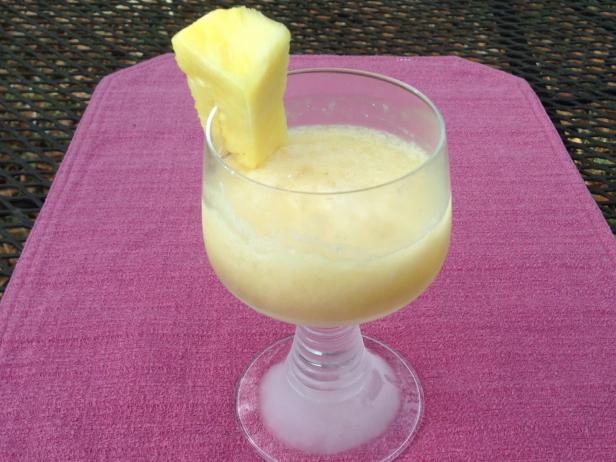 Most historians of the cocktail agree that the Pina Colada was created in Puerto Rico in the early 1950s and coincided with the invention of Coco Lopez, the creamy coconut syrup. The question of where it was created in Puerto Rico is more complicated. Some say it was created as a signature drink for the Caribe Hilton in San Juan by either Ramon “Monchito” Marrero Perez or Ricardo Garcia, both of whom worked there at one time. Others claim it was Ramon Portas Mingot, bartender at The Barrachina in San Juan, who made the drink popular.

Regardless of the mastermind behind it, the Pina Colada was officially adopted as the national cocktail of Puerto Rico in 1978. There are many variations on how to make the perfect frozen Pina Colado – switching out the type of rum (light, dark or golden) or substituting fresh lime juice or frozen coconut water for another ingredient – but my favorite recipe for an individual serving includes light rum, pineapple juice, coconut cream and heavy cream. 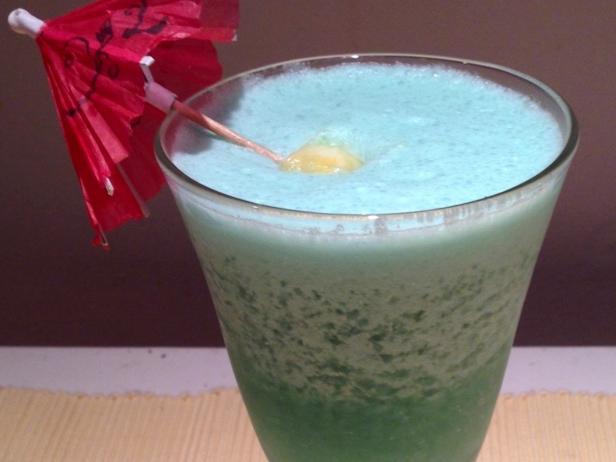 What came first – the Blue Hawaii cocktail or the Elvis Presley film, Blue Hawaii? It is quite possible that the 1961 Presley film was dreamed up by screenwriters Allan Weiss and Hal Kanter after imbibing several of the famous blue cocktails that were first created at the dawn of the tiki bar craze in 1957. That was the year Hawaiian bartender Harry Yee invented the Blue Hawaii at the Hilton Hawaiian Village in Waikiki. Yee is something of a legend among bartenders and is also said to be the first to add orchids and cocktail umbrellas as fancy cocktail garnishes.

The Blue Hawaii has since been somewhat cheapened in most contemporary recipes which use other liquors or low-grade ingredients but Yee’s original recipe with light Puerto Rican rum, Bols blue curacao, pineapple juice, sweet and sour mix and a signature cocktail umbrella, reigns supreme. 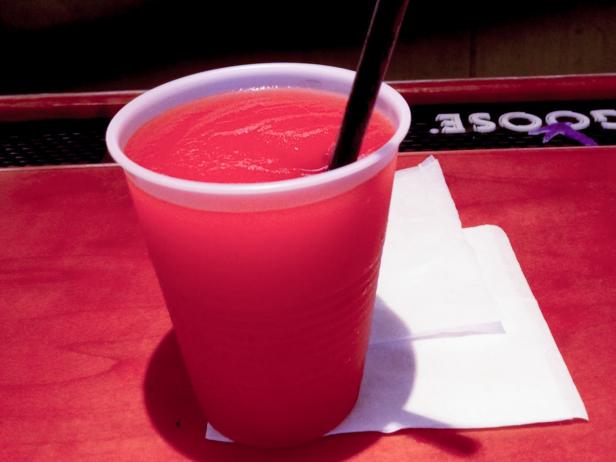 You may not know it but July 19th is National Daiquiri Day according to the U.S. Chamber of Commerce. But even though the Daiquiri has been an intregral part of American bar culture since the early 20th century, the cocktail was initially conceived in Cuba. Mind you, it was invented there circa 1900 by American engineer Jennings Cox who named the drink after an Iron and Copper mine located in a small town called Daiquiri, near Santiago, Cuba. Author Ernest Hemingway is often associated with popularizing a later version of the daiquiri which was known as El Papa Doble or Hemingway Special and was created at the bar of the El Floridita while he was living in Havana, Cuba during the 1930s and ‘40s.

Since then there have been many variations on the daiquiri with bartenders adding strawberries and other fruit to the mix (pictured above is the strawberry daiquiri from Wet Willie’s in Atlanta). And some cities have become meccas for the daiquiri connoisseur like New Orleans where the organizers of Tales of the Cocktail hosted the first Daiquiri Season celebration in September 2016. Ann Tuennerman, founder of Tales of the Cocktail, says, “The daiquiri machine was invented in Louisiana and in New Orleans everybody goes to daiquiri shops – Big Easy Daiquiris, New Orleans Original Daiquiris, Gene’s Curbside Daiquiris and they sell various flavors and combinations of daiquiris. It crosses all socio-economic lines…all walks of life enjoy a daiquiri.” 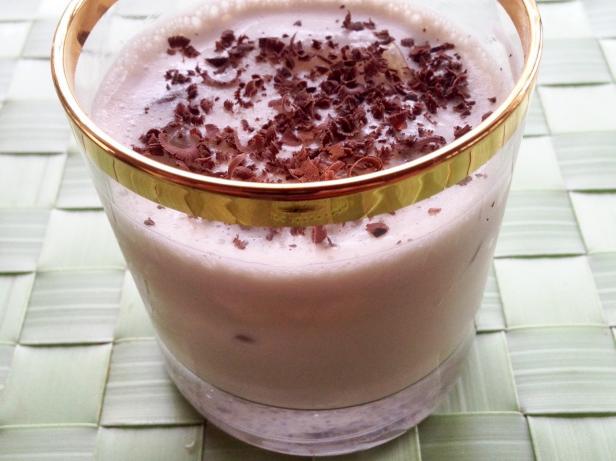 Sometimes names can be deceptive. Take, for example,The Black Russian, which is two parts vodka and one part Kahlua. It was said to be the invention of Belgian bartender Gustave Tops, who created the drink in 1949 at the Hotel Metropole in Brussels. So why the name? The reference is in regards to the Russian vodka in the recipe. A much richer variation on the drink known as the Russian Bear appeared in Belgium around 1963 and blended vodka, creme de cacao, heavy cream and sugar. With a few minor modifications like switching out creme de cacao for Kahlua, published recipes for The White Russian began showing up in 1965. It later flirted briefly with popularity during the disco era but in recent years the White Russian has enjoyed an extraordinary renaissance due to the 1998 cult hit The Big Lebowski in which it was the cocktail of choice for the central character (Jeff Bridges as The Dude). For those not counting calories, the frozen version is definitely closer to a milkshake but adding ice will dilute the rich flavor. 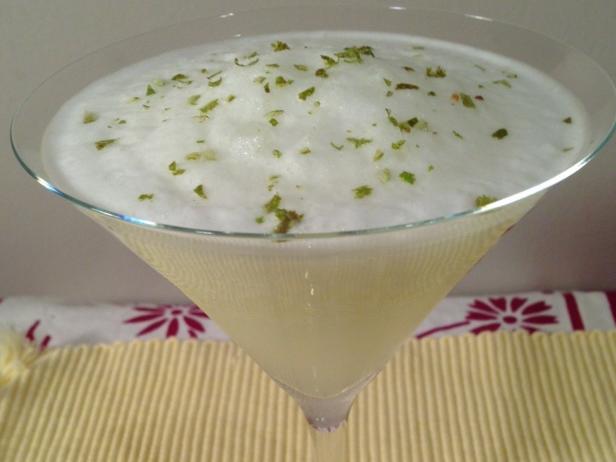 Both Peru and Chile claim to be the birthplace of the Pisco Sour but most historical accounts of the cocktail’s creation credit Victor V. Morris, an American bartender living in Lima, Peru as the originator circa 1916. He might have been the first to serve it though some cocktail scholars say the recipe for it already existed in cookbooks as early as 1903. The main ingredient is Pisco, a grape brandy, but some bartenders will tell you that you can substitute grappa, rum or tequila as a substitute if you have trouble finding Pisco at a local liquor store. The result is a frothy, refreshing delight. But keep in mind that the recipe for a Pisco Sour varies depending on whether you are making it with Peruvian Pisco or Chilean Pisco.