A guide to Halloween Party: How to Survive Key West’s Fantasy Fest

Hey! Halloween is coming fast! Forget about bobbing for apples, Halloween bingo, and “Pin the Wart on the Witch” contests. Those games are for kids. Halloween is the one holiday that gives you the green light to live out your wildest, wackiest dreams, so why not hit a party that lets you walk on that wild (and sexy) side? Cue Key West’s annual glitter-filled shindig:Fantasy Fest, a 10-day cornucopia of anything-goes parties, events, and of course, off-the-charts creative costumes. 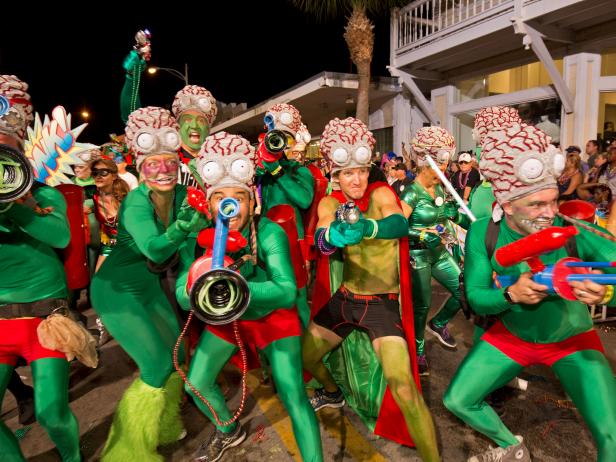 Sure, other cities across the U.S. celebrate Halloween with parties, but since it began in 1979, Fantasy Fest has handily ranked as the raciest, sassiest party of them all. Leave your inhibitions on the mainland and get ready to whoop it up.

Getting the Lay of the (Fantasy) Land

Held this year from October 21st to 30th, Fantasy Fest attracts scores of repeat customers. Each year, old-timers who look like they’ve been roaming the island since Papa Hemingway called it home rub elbows with crowds of newcomers.

Fantasy Fest first-timers will appreciate a bit of guidance as they take to the streets, which can erupt into good, old-fashioned shenanigans or slightly overwhelming chaos depending on the event taking place. Figuring out how to juggle the dozens of events taking place can be tricky, so we thought it would be a treat to show you the Fantasy Fest ropes.

First things first. Before you go, be aware that every year Fantasy Fest chooses a theme that weaves its way through the festival’s many events. More than 50 events can take place on the streets (think: parades), bars and nightclubs, or at shops and other attractions. Take a look at the official schedule and decide ahead of time which events you want to attend so you can make plans and buy tickets in advance, if necessary. 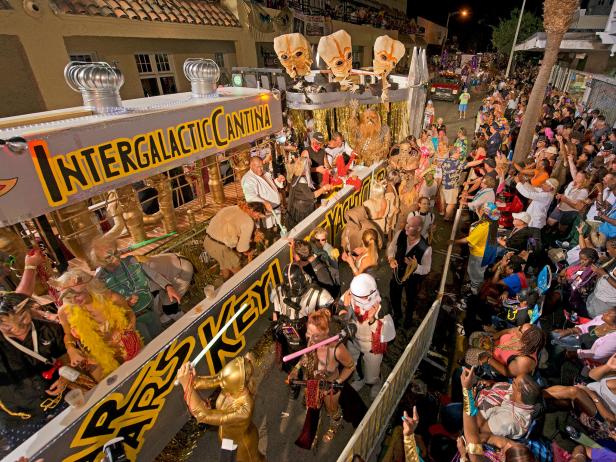 Ah, it’s tricky to keep things totally PG during Fantasy Fest, though city regulations have cracked down on some of the festival’s more outlandish behavior in recent years and full nudity is not allowed. Still, this almost-anything-goes affair is decidedly not the best time to bring you little ones on a Key West vacation.

If you’d like to keep it clean while you’re here, check out the superhero (and supervillain) themed 5K run, where you can win prizes for most creative, best group, scariest and funniest costumes. Another crowd-pleaser is the Pet Masquerade, where furry friends and their owners take to the stage in costume, often doing tricks (can your pooch skateboard?) and striving for awards.

Finally, the 10-day extravaganza closes with a massive Fantasy Fest Parade chock full of costumed revelers, glitzy floats, dancing groups, and music — the ultimate street party. The parade draws as many as 70,000 attendees, making it the Festival’s absolute must-see event.

Where to Rest Your Weary Head 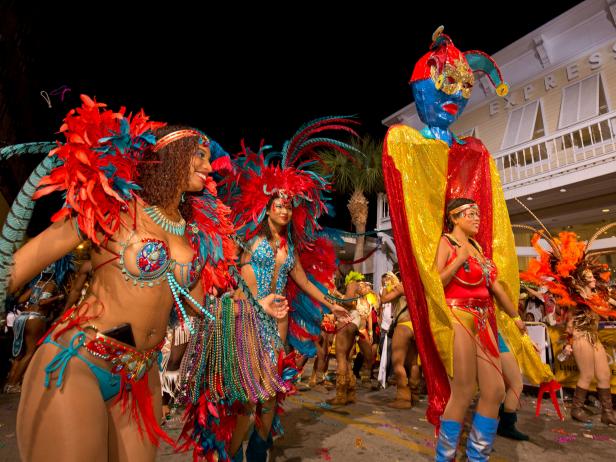 The only thing better than hitting the streets of Key West and showing off your body paint and glitter is doing it with all your closest friends in tow. Of course, bringing a crew to Key West during the the prime days of Fantasy Fest and planning to stay at the same hotel proved notoriously difficult in the past, as hotels often fill up months in advance. But the fabulously innovative NYAH (pronounced NIE-yah) hotel is helping you solve that quandary.

Set in the quiet heart of Old Key West (but just a few minutes’ walk from the thick of Fantasy Fest parties), this savvy hotel’s rooms are designed with furniture that accommodates single travelers, duos, or up to groups of six — without added fees. Money saved equals money to spend on Duval Street.

When you’re not resting on your comfy foam mattresses, you and your friends can chill in one of the property’s 3 pools and 2 jacuzzis, or sip free happy hour drinks while nibbling on complimentary snacks. 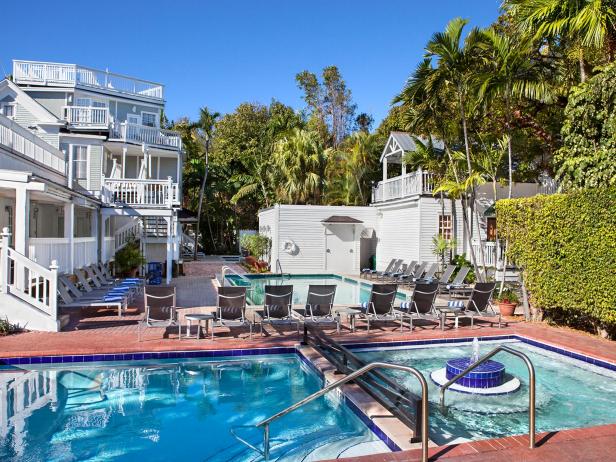 If you’d rather fly by the seat of your pants and try your luck booking a last-minute room, seek out the help of an app like Hotel Tonight, which sources excellent deals for night-of accommodations.

For something a bit more intimate, you’ll find no shortage of charming inns dotting the island’s streets. Book a room for two at the Lighthouse Court Hotel, which sits across from the Hemingway House and is a 1-block walk from Duval Street. It features bungalow-style rooms which include a poolside breakfast.