To be honest, no San Fran trip is complete without visiting the Golden Gate Bridge or riding a cable car, but you’d be remiss if you didn’t eat at some (or all) of the places listed here.

Brunch at Mama’s on Washington Square

It has existed for more than 50 years  about this institution, but it lives up to the hype. Enjoy brunch six days a week during opening hours, from fluffy scrambled eggs with smoked salmon to fresh blueberry pancakes. However, French toast is the standout here, from cranberry orange and banana walnut to kugelhopf, which is homemade brioche bread topped with cinnamon, dates, raisins and almonds. Can’t decide? Order the French toast sampler to avoid making an agonizing decision. The Monte Cristo sandwich is also in high demand, thanks to turkey, ham and gooey Gruyère cheese stuffed inside French toast and served with homemade jam. Tip: You’ll want to eat it with the jam. Expect to wait in line for up to two hours on the weekend, but during the week your wait could be less than an hour before you’re eating all the food. Be sure to have cash or a debit card ready since Mama’s doesn’t accept credit cards. 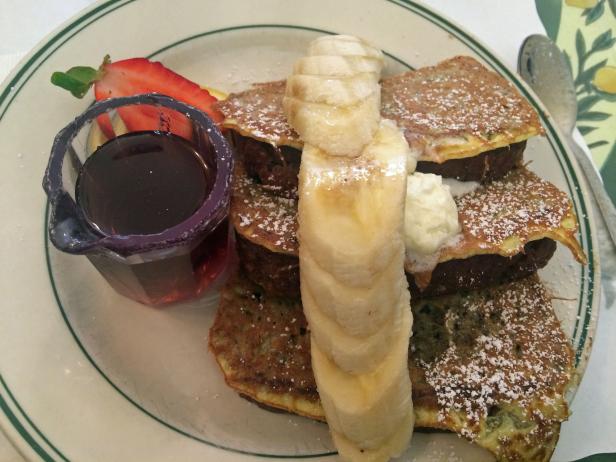 While there’s no shortage of dim sum in Chinatown, some of the best is found just outside of it. Traditional rolling carts carry an array of dim sum favorites: plump soup dumplings, egg custard tarts, large sesame balls and steamed pork buns. You can also order off the menu, but spoiler alert: the goldfish dumplings are merely shaped like the fish, not filled with them. Yank Sing has two locations, but opt for the Rincon Center on weekends, when you can enjoy the experience in a light-filled atrium lobby. Validated parking is an extra bonus. 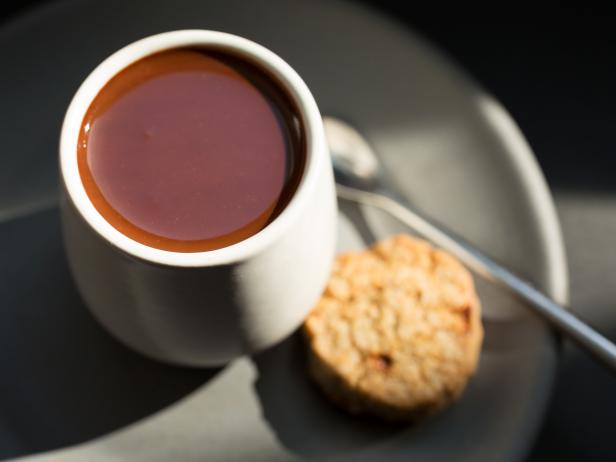 Ghirardelli Chocolate started in San Francisco in the 19th century, so yes, the city takes its chocolate seriously. However, since Ghirardelli is now ubiquitous across the country, skip Ghirardelli Square in favor of this small-batch producer excelling at the bean-to-bar method. Get the lava-thick drinking chocolate (hot or frozen), which puts most hot chocolate to shame. Don’t miss the free homemade marshmallows on the counter. Save room for homemade s’mores that are toasted to order, the dulce de leche bar, or the chef’s tasting. The latter involves a flight of chocolate, from a huckleberry macaron to Equador cocoa nib panna cotta. Although Dandelion has an outpost in the Ferry Building Marketplace, visit its Mission District location near Dolores Park for its café and chocolate factory. With advance planning, you can even take a chocolate tasting or chocolate making class. If you’re short on time, simply sidle up to a window where you can watch the production process while you indulge your chocoholic self.

Waiting in line is a given at this Mission District fave, and don’t worry about the tight space or lack of ambience. You’re here for one thing only: the super carne asada burrito. The super-sized version is large enough for two meals and combines just the right balance of rice and beans, salsa, sour cream, avocado and more, along with big chunks of moist, smoky pork. It’s cash only, but on the plus side El Farolito is open until 2:30 a.m. for your late-night burrito fix.

Anything and Everything at Ferry Building Marketplace 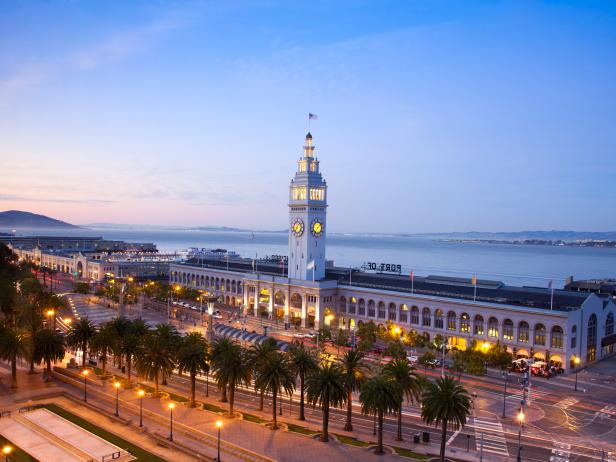 Part ferry terminal, part massive food hall, this is where to find some of the city’s best eats. Venture into the bone broth craze at the meat-centric, paleo-friendly American Eatery (owned by Prather Ranch Meat Company). Cowgirl Creamery is renowned for its fresh artisanal cheese made from organic milk. Try the popular Mt. Tam, an aged triple cheese. Hog Island Oyster Company attracts lines for its large, plump oysters from Tomales Bay. If you love unconventional ice cream flavors, Humphry Slocombe serves up Blue Bottle Vietnamese Coffee, Government Cheese and so many more. Frog Hollow Farm makes some of the best avocado toast of your life; even better, it’s served on green onion slab bread from The Acme Bread Company.

For extra ambience, choose an eatery along the back so you can enjoy the bay view while you eat. Come on a Tuesday, Thursday or Saturday for the farmers’ market, although Saturday is the best bet when more than 100 vendors sell everything from bountiful produce to local crafts.

This local chain specializes in drip coffee, which means no cappuccinos, lattes or espressos here. It does mean an excellent coffee though, since each cup is individually brewed from customized blends. Philz sources the highest quality beans, then roasts them at its Oakland facility. While you can’t go wrong with a basic cup of joe, Philz-specific coffees include the popular iced mint mojito and iced gingersnap. The latter is perfect for fall, and a great alternative to the tired pumpkin spice trend. Philz even uses almond and soy milk upon request — without charging you extra. 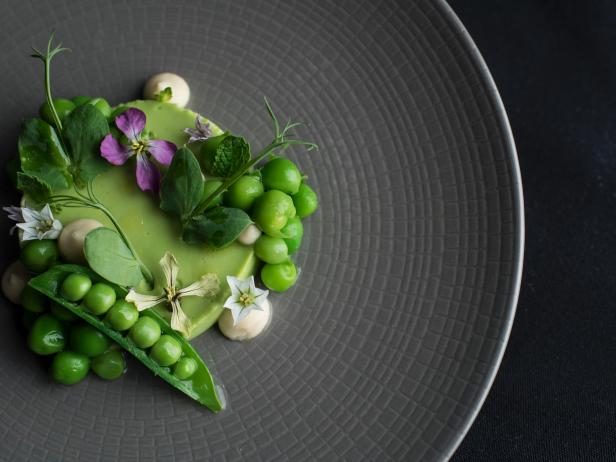 From secretive to pop-up, supper clubs are a hot ticket. That is, if you can get a ticket. Mailing lists are the best way to nab an invite to many of them, but Michelin-starred Lazy Bear is among the exceptions since it sells actual tickets. The fact that it’s no longer underground doesn’t deter from its popularity, and dinners at Lazy Bear’s permanent location in the Mission often sell out. (Monitor Twitter for availability.) The multi-course, multi-hour tasting menu costs between $155-$185, but plan to spend another $85 if you want to do an alcohol pairing. (Which you just might, since pairings potentially involve cocktails, spirits, beer and more.) Past menus have included sweet pea custard with cured steelhead roe, beets with dark chocolate, pistachio and burnt vanilla, and charred onion broth with country ham and egg yolk. Diners sit along long communal tables and everybody is served the same meal for that seating. During dinner, foodies will love that not only can you watch the chefs in action, but you’re free to wander over and ask them questions as well. If you can’t get into Lazy Bear, Chef David Barzelay is opening a second location with a cocktail-centric menu and lower price point.

Poke bowls, which are rice bowls typically topped with chunks of raw fish and assorted vegetables, are definitely having a moment in the city right now. Head to Pier 33 and look for the take-out window next to Butterfly restaurant to find Sammy’s Aloha. Opt for ahi poke, which is filled with raw tuna, avocado (which you should always get in California whenever the opportunity arises), wasabi coulis, cucumber, and the best part: salmon roe. Elevate it to the next level by ordering it with black sticky rice.

Michelin-starred State Bird is one of the hardest restaurants in town to get into, but the worthwhile is rarely easy. The majority of dishes are small plates that are served dim-sum style from rolling carts, with the option to order from the menu as well. The menu changes constantly, but past highlights have included guinea hen dumplings, polenta with elote-style corn, grilled octopus and a beef tongue pastrami pancake. If you’re going the large plate route, no brainers include the signature CA state bird with provisions dish. Inventive dessert options encompass cookies ‘n’ cream mousse with plums and roasted strawberries, and a peanut muscovado milk shot. Reservations open two months in advance, but don’t lose hope if you missed that window. The alternative is to show up (way) before it opens at 5:30 p.m. and wait on line, since State Bird’s website attests that it takes a “significant portion” of walk-ins every night. 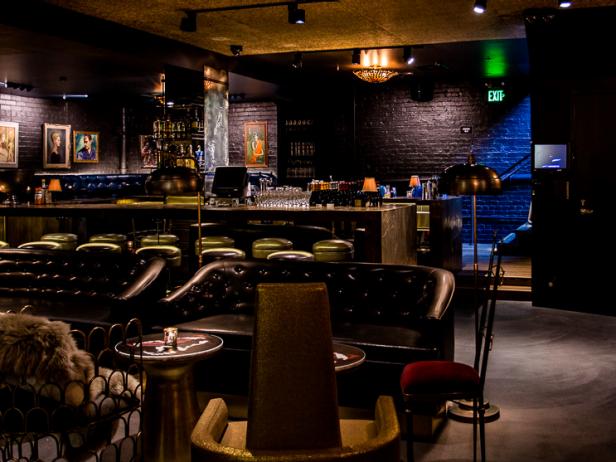 This supper club recently opened in the Tenderloin district, although it’s not a supper club in the secret sense. However, dark mood lighting and live jazz lend a speakeasy feel to the downstairs scene. Come for the craft cocktails and eclectic menu, which ranges from latkes with salmon pastrami and grilled corn in a jar to deviled eggs, raw oysters and meatballs. Stay for the jazz sets, but check ahead since they tend to start on the later side.