Where to Go On Vacation in March 2017

As is all to know that March is a great time to travel, not only because in many places it’s the shoulder season between chilly winter and Easter, but only because when prices are hiked up, and in warmer climes, temperatures and humidity are usually low enough to make sightseeing a pleasure and not an endurance course. Fancy a trip to an exotic locale? Whatever your bent as a holidaymaker, we’ve make some recommendation for you here.

One for the beach bums
Sayulito, Mexico

Hit the beach in Mexico for some March sun – but we recommend you skip the well-known resort areas like Acapulco and Cancun and instead head for the Riviera Nayarit on the Pacific coast. You’ll be able to find an all-inclusive or luxury hotel here if you wish, but the real appeal is a 200-mile stretch of coastline where you’ll discover authentic beach towns backed by jungle-clad mountains.

Probably the most popular is the bohemian surfer’s mecca of Sayulito, less than an hour north of Puerto Vallarta. Stay in a simple bungalow by the beach and feast on tropical fruit and seafood at one of the many alfresco restaurants, and look out for artworks by the local Huichol Indians, who use peyote-inspired visions for inspiration. 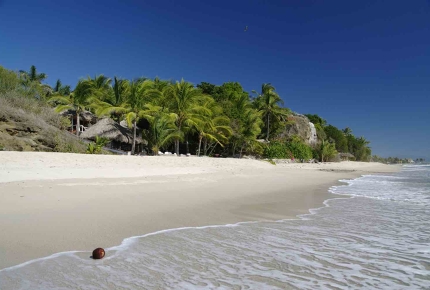 One for the thrill seekers
Death Road, Bolivia

Avid mountain bikers: how about Death Road in Bolivia? This 64km (40 mile) downhill stretch hurtles intrepid cyclists down a twisting descent of 3,600m (11,800ft) in 4-5 hours, from the chilly highlands to the humid Amazonian jungle, via a narrow road that’s 8ft wide on average and has sheer drops of up to 1,000m (3,280ft) on one side.

Many people have died on this route – it isn’t called Death Road for nothing – but a new road means cyclists don’t have to swerve out of the way of trucks and cars coming in the opposite direction anymore.

If that’s not enough adrenaline, the ride ends in the town of Yolosa, where a 1,500m (5000ft) long zip-line whizzes eager participants over forest and valley.

History buffs can walk back through time at the Reunification Palace, the largely unchanged former presidential palace where the final days of the Vietnam War played out, and underneath the city the vast, snake-like tunnels used by the Viet Cong during the war can be visited on a tour. Back above ground, escape the midday heat at the Dam Sen Water Park, a huge outdoor pool complex with giant water slides and killer wave machines. 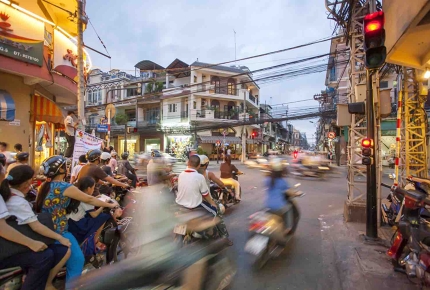 One for the avid skiers
Bansko, Bulgaria

A recent report from The Escape Travel Card found that a family ski holiday for four could cost nearly £3,500 more at a French resort than an Eastern European one. With such eye-watering figures being bandied around, we investigated where best to feel the powder and forget about the wallet.

Bansko resort in Bulgaria, set between the Rila and Pirin mountain ranges, peaks in March, plus more than a third of the slopes are designed for the beginner too; there’s also a lively après-ski scene.

The Rila Mountains are also home to the Monastery of Saint Ivan of Rila, the largest and most famous Eastern Orthodox monastery in Bulgaria. Today listed as a UNESCO World Heritage site, the monastery dates back to the 10th century and is home to approximately 60 monks. It’s the ideal day trip – a place to get blessings before your next black run.