Foolproof Guides to Craft Beer In Croatia for the Beginners

Hey guys! A fact that craft beer momentum is shaking the country. And  craft beer has arrived in Croatia through the side door just a couple of years ago, but now it totally took off. And We hope our guide to craft beer in Croatia helps you taste local beers while on holidays in Croatia. 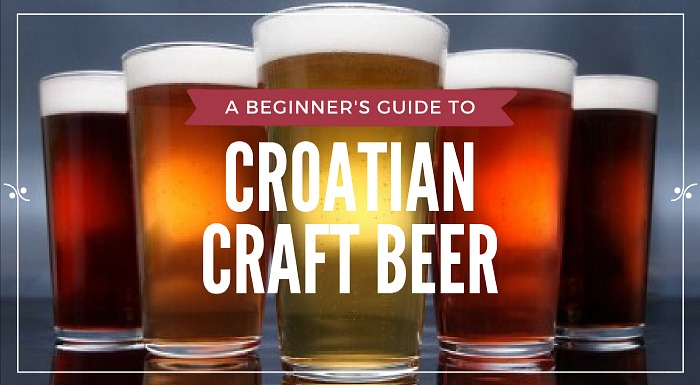 The most popular brew in Croatia is s pale ale, but other brews, like India pale ale, porter, stout, and Dunkel follow on. The craft beer revolution has started in Croatia, my friend, and nothing will ever be the same. New guys are waking up everyday in Croatia, adding yet another craft beer on market. We’ll perhaps never be able to keep a track on all of them, but we’ll try to introduce to you the most popular ones at the moment. Ya, here will go!

As soon as Andrej Capka bottled his first beer, back in September 20014, his microbrewery Zmajska Pivovara, was named 9the best new brewery in the world by Ratebeer. Not a bad start when we know that the competition included 3800 new breweries. On the same site, their porter was consequently voted the best Croatian craft beer. Zmajska pivovara produces today four types of beer: American Pale Ale, Porter, India Pale Ale, and American Wheat Ale. They all come in 0,33 l bottles, and its also available on tap. 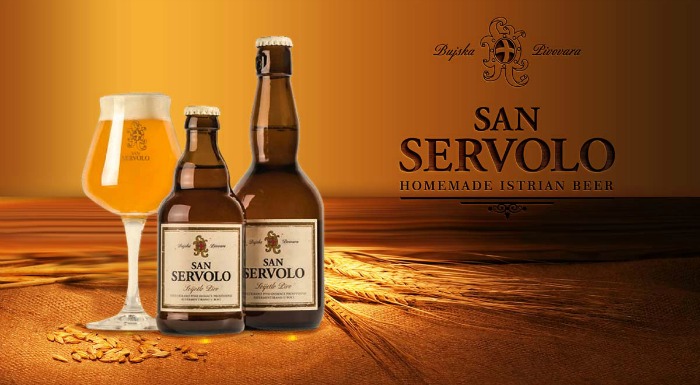 Come back in 2013, brothers Grbac from Istria, open their brewery, and put on market a craft beer label – San Servolo. Their dark beer, according to Ratebeer, is the fourth best Croatian craft beer. They also produce red lager, and light pilsner. San Servolo beers are non-filtered, and they have a second fermentation in the bottle. We also love a design of their bottle. You can find on market as many as eight types of San Servolo beer: APA, Imperial Pils, Teranino Fruit Beer, Truffler Herb Beer, IPA, Amber Lager, Czech Pilsner, and Dark Pilsner.

Two longtime friends and beer aficionados, Marko Filipin and Miroslav Suvak, after years of home-brewing, decided to put on market their APAs. They established their brewery – Nova Runda – back in 2013. Their market approach is in only offering fresh, draft beer directly from the barrel. Nova Runda offers two types of American Pale Ale, Nova Runda, and Sibenski Ucenjak; two types of Porter, one with nettle plant, Brown Ale, and India Pale Ale. 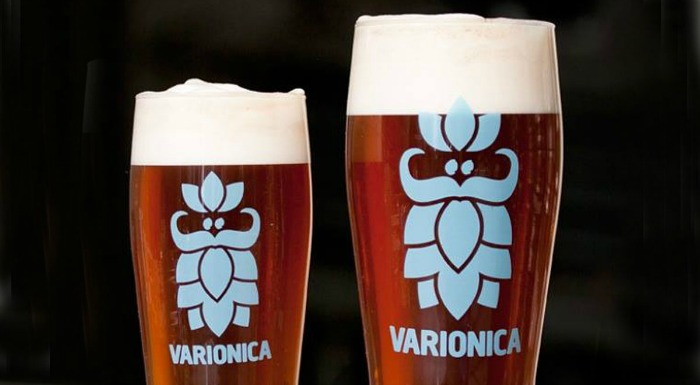 Matija Mrazek and Davor Simicic established Varionica Brewery in 2014. Today they produce three labels: Pale Ale, Neon Stout, and Sunny Lager Wave. At the moment they only offer their Pale Ale in bottles.

The oldest microbrewery in Croatia, Medvedgrad has been brewing their beer for 20 years. Medvedgrad beer for years was only served as draft beer in their pubs in Zagreb, and it wasn’t until 2013 that they bottled their first quantities of dark lager – Gricka vjestica. Today the company runs three pubs in Zagreb: Mali medo in Tkalciceva Street, Medvedgrad in Ilica Street, and in Samoborska Road. Their labels include pilsner Zlatni medvjed, dark lager Gricka vjestica and Mrki medvjed, wheat beer Dva klasa, Pale Ale, Agram Stout, Indian pale ale Fakin, and black IPA Crni Jack.

Another Istrian microbrewery, Bura Brew was established in 2014 in Porec. Today their labels include, gold ale Optimist, amber ale Redsand, and indian pale ale Tornado. They put on market only 0,33 l bottles, but plan to add 0,75 l bottles and barrels. 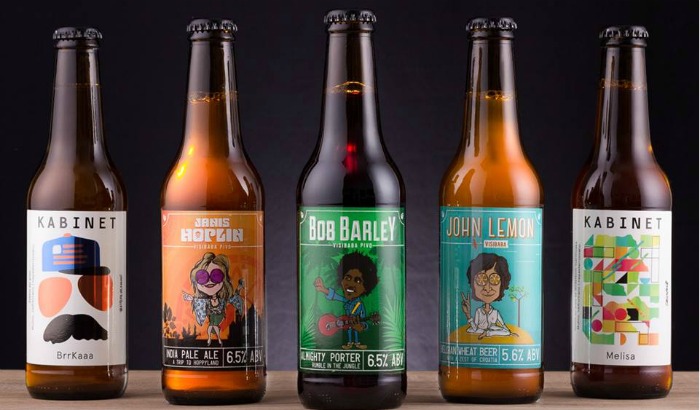 The first craft beer from the island of Hvar, Vunetovo brewery is run by a husband- wife duo, Anna & Josko. Their brewery is set in their family house in the west part of Hvar Town. Vunetovo produces and bottles three crafts: stout, dunkel-weizen, and wheat beer. At the moment their beer is only available at the brewery.

Ha! There is even craft beers from the tiny island of Vis. OK, the beer, is actually brewed in Norway, because one  of the founders of this brewery is a well-known Norwegian brew-master – Kjetil Jikun of Nøgne Ø brewery (OK, he has sold this one since!). Prvo Visko Pivo labels include: Gose, American Pale Ale, Porter, Saison, and Saison Indian Pale Ale. 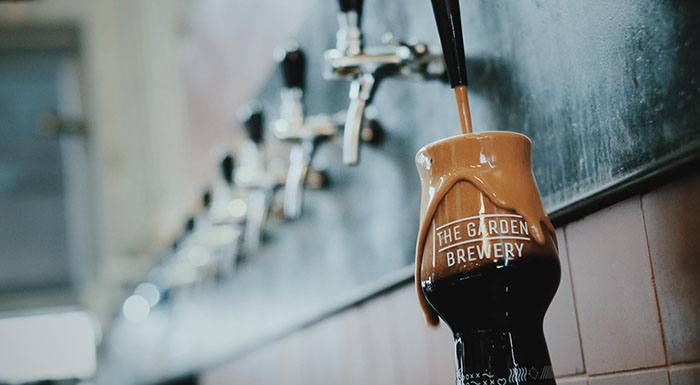 One of the latest breweries to open in Zagreb, Garden Brewery already produces ten labels including APAs, IPAs, Stout, and Porter. The brewery is located in industrial part in east Zagreb. Besides production facilities, Garden also features a taproom, where they organize night entertainment. They teamed up with local burger joint, Submarine BBQ, who offer yummy, gourmet burgers to go with the beer. And, yes, the garden brewery ships their beers in over 25 European countries.

We’ve just scratched the surface. There are so many more craft breweries on market already, like 5th Element, Red Baron, Marinsko, Razum, Barba, Brlog, and certainly many, many more to come. Once in Croatia ask for what’s brewing at the moment..

Tolkien’s House: Located at Opatovina 49, just next to Opatovina Park, Tolkien’s House has been THE place to go in Zagreb when it comes to beer since 1996. Waiters there know their craft and take their time to suggest, educate and introduce to you every of 90 labels they serve at Tolkien’s.

Craft Room: Open in 2015 Craft Room is a true tap room, with over 13 beers on tap. Interior is a bit funky with green-painted walls and hunter’s lodge decor, but a choice of over 100 Croatian and international craft beers makes it all good. Craft Room also serves beer-accommpanying dishes, like burgers, saussages, onion rings, and alike. Staff is friendly.

To je to: Good coffee, finest Croatian craft beers, fresh cocktails and live music at night time, are all to be found at this lively local bar in Split’s old town.

Leopold’s Delicatessen Bar: Leopold’s is a lovely bar in Split’s downtown offering an extensive selection of Croatian craft beers (including 4 on taps) and some international labels. Leo’s is a center of craft beer scene in Split.

Kobaje: This bar is located out of the downtown, but being not far from Gripe complex, it’s still quite central (especially considering locals whereabouts). Kobaje for sometime was one of rare bars in Split serving something more than lagers. Today with other bars specializing in craft beer, Kobaje needs to step up its game. 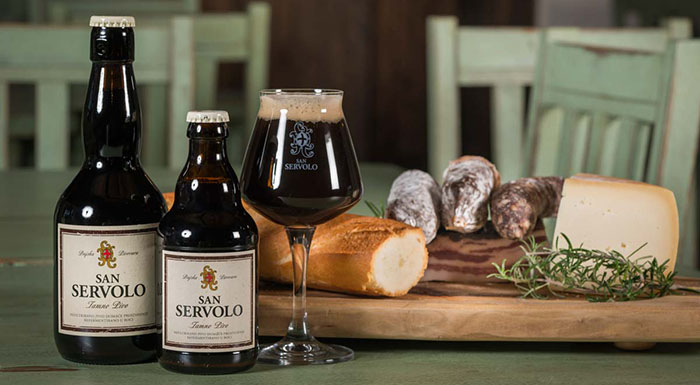 Beer & Steakhouse San Servolo: San Servolo was the first craft beer produced in Istria, a land of wine. The brewery runs their own beer & steakhouse, just outside of Buje, on the road to Momjan. With their rxtensive menu, it’s actually more than a steakhouse. They serve their beer, but also local wines, and bio juices. A great place to visit if you are in Istria. The summer terrace is awesome and offers lovely views over the countryside, and Piran Bay.

Habitat, Porec: Despite its location, just across the seaside promenade in downtown Porec, Habitat has remained mostly bar where locals hang out. It’s rather a small bar, inside and outside, but it serves great coffee, a good selection of freshly squeezed juices, and a selection of Croatian craft beers.

Where to buy craft beer in Croatia

A garage bottle store just across the prison in Zagreb (ha!), Magic Beer Room has a great selection of Belgian, English, American, Czech, and Croatian craft beer including famed craft beers like Brewdog, and Mikkeller.
A bit out of the way, but worth stopping by if you are in search of some rare finds, like to meet few odd locals, and thrive to get into the center of Croatian home brew scene. Magic beer room has also few tables to taste some of the beers on stock, and occasionally hosts home brew festivals in their backyard.

Hrvoje Lindic, beer-aficionado, and an owner of Bor Bar in Samobor, opened this awesome beer shop in 2015. At Pivoteka you’ll find beers from all over the world, but also a good selection of beer-related accessories, like openers, mugs and steins.

Beershop opened back in 2004, as the first Croatian online beer shop. Few years afterwards, it opened its brick-and-mortar store on Ljubljanica 5 where it’s still today. Beershop, besides over 200 beer labels from allover the world, sells also beer brewing ingredients, but it also regularly hosts home-brewing courses.

This small store opened in 2013 in Maksimirska Street, Svijet piva today offers over 400 beer labels among them a great selection of Mikkeller and To Ol. Prices are a bit higher than at above mentioned stores in Zagreb.

This is perhaps the coolest beer store in Croatia, and the best one in Split. Mali ducan is nothing more than the neighborhood’s corner store that at certain time started offering a selection of over 200 beer labels. The store is open from early morning to late night (until 1 am, except on Sunday). It’s next to a small park where locals and locals alike often sample Mali ducan’s offer.

Unexpected store in unexpected place, but it shows what few enthusiasts can do – a store in a small village of Medulin offers a great selection of Croatian and international craft beers, as well as their own craft beer on tap. 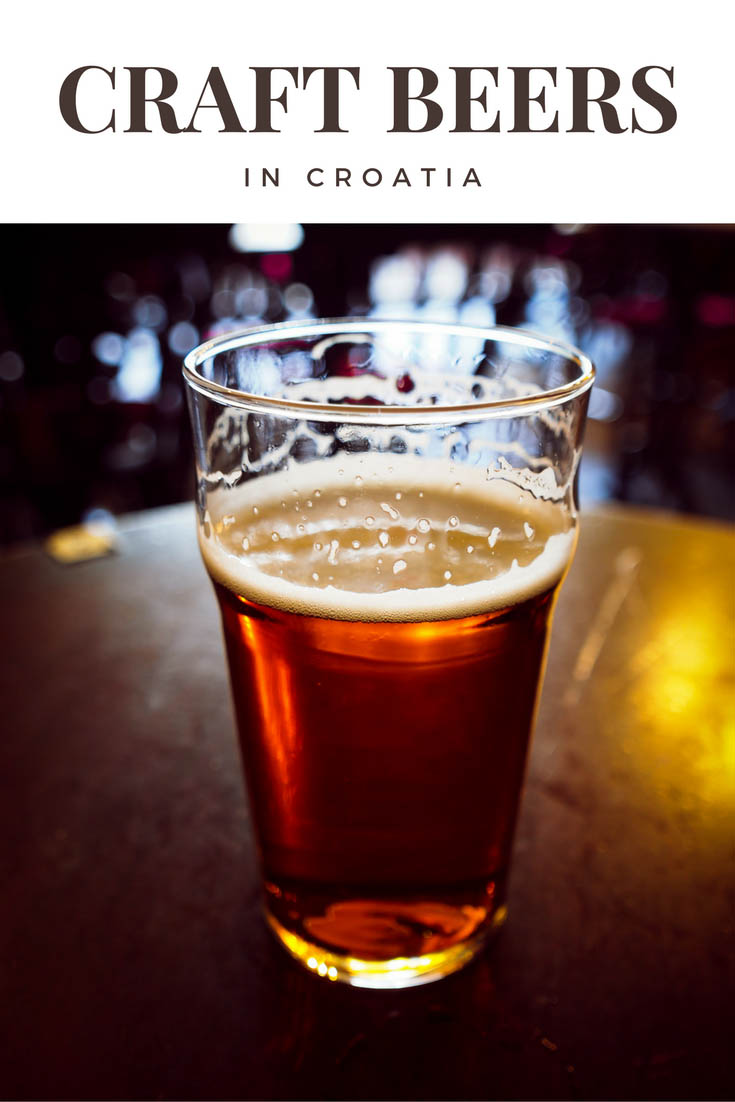 Although Opatovina Beer Fest was held for the first time in July 2016, this festival is one I am the most excited about. It’s held in Opatovina Street, the first Croatian beer street, and a home to some of the best pubs in Zagreb & Croatia, Tolkien’s, Craft Beer Room, Harat’s, etc..

The festival brought together over 15 breweries (mostly Croatians, but some international as well like Bevkg from Austria, and HopsBrev from Slovenia.

Started in 2015, BEERanje takes place in mid-June, in the garden of Maritime Museum in Rijeka. The festival hosts workshops, beer competitions, and lots of good music.

Although only three years old, this beer festival, held in Cakovec at the beginning of October, is the longest lasting craft beer festival in Croatia. The festival is a place to taste some of the best Croatian craft beers, learn how to become a home brewer, meet many home brewers, craft beer producers, and enjoy in good food and good music. Central place is the Stari Hrast pub in downtown Cakovec.

This festival takes place in Medulin near Pula at the beginning of September. Just in its second edition, in 2016, the festival already had 20 microbreweries from 6 countries presenting over 150 tap beers.

Hmeljevo is a craft and home-brew festival taking place in Split. Last year it was hosted in summer cinema near Bacvice beach, and over 1500 visitors attended. Ticket is around 100 kn and it covers unlimited tastings.

Top things to do in Split, Croatia