Unusual Festivals Around the World for Adventure Seekers

After attending a few festivals, it can start to feel like if you’ve been to one, you’ve been to them all. There are only so many music, film, beer, taco festivals one can take without getting bored. For that reason, we’ve created a list of festivals that are sure to get you out of your comfort zone and engaged in something new. 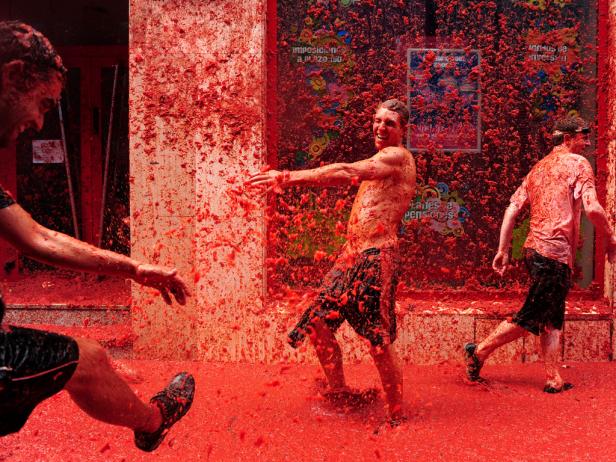 Revellers pelt each other during the world’s biggest tomato fight at the Tomatina Festival on the last Wednesday in August, in Bunol, Spain.

Revellers pelt each other during the world’s biggest tomato fight at the Tomatina Festival on the last Wednesday in August, in Bunol, Spain.

Located about 5 hours outside of Lviv, each year thousands of people show up to witness and ride balloons at the Hot Air Balloon Festival. It’s said to be Ukraine’s most photographed event. Hot air balloon lovers are allowed to walk among the tethered balloons in the launch field. Kamianets-Podilskyi is a beautiful resort town, so the view from the balloons in the air is amazing. The Hot Air Balloon Festival takes places near the end of May. 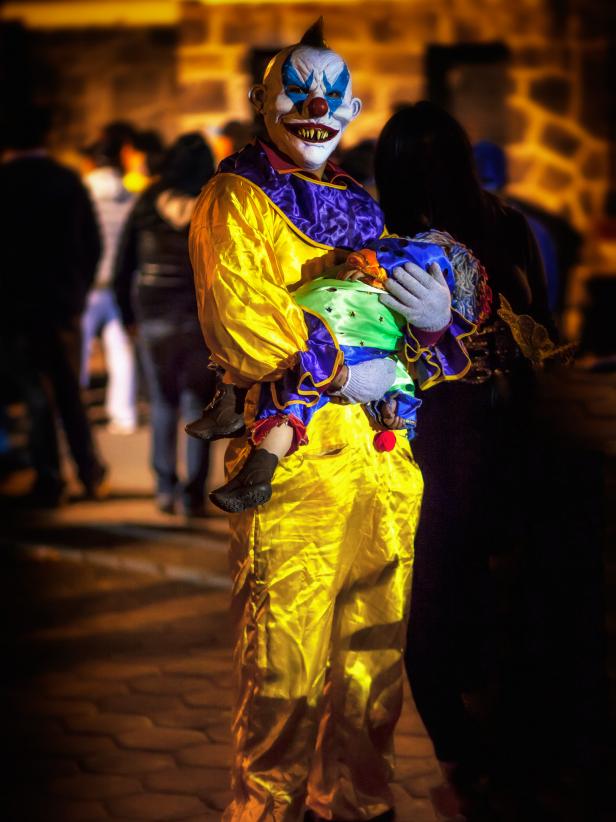 spooky clown in the street carring a child in day of the dead, mexico

2. The Toronto Festival of Clowns

This will either intrigue you or leave you a little on edge depending on your relationship with clowns. The Toronto Festival of Clowns is put on with the intent of bringing clowns and physical theater artists together to perform all in one space. This festival will be unlike anything you’ve ever seen before and takes place each year during the end of May/beginning of June. This year’s festival has passed, but you have plenty of time to plan for next year’s.

3. The Festival of Near Death Experiences, Las Nieves, Spain

Officially called the “Fiesta de Santa Marta de Ribarteme” the Festival of Near Death Experiences is a pilgrimage for people every July 29 who claim to have had a near-death experience. They are carried in coffins by loved ones to the nearby church for a quick mass. After mass, they visit the cemetery and then revisit the church. Many people who’ve had a near death experience visit this small town in Spain called Las Nieves each year to celebrate the fact they were missed by death.

The La Tomatina Festival is a food fight unlike any other. Taking place outside of Valencia, in Bunol, Spain, each August festival-goers throw ripe tomatoes at one another for hours. The festival got to be so big that in 2013, they turned it into a ticketed event, only allowing 20,000 people to attend. It takes place the last Wednesday of August each year.

This festival is perfect for the adventurer who truly wants to live on the edge. Taking place in Nejapa, El Salvador, Las Bolas De Fuego is the Festival of Fire Balls. When the volcano El Playon erupted in 1658, it forced the town to move to its current location. While it was happening the volcano threw balls of fire into the air which led to this extremely hot and dangerous tradition. Today, the balls of fire are made of rags with wire and sunk into kerosene for a month. Teams of young men with their faces covered in paint quite literally throw flaming fireballs at each other, while festival attendees watch. This festival takes place each August.

The East African Safari Classic Rally is considered the world’s toughest historic motorsport race and happens every November/December. The first race was held in 1953. Racers drive over 3,100 miles around Africa to get to the finish line. It’s said to be the toughest motorsport race because of Africa’s rough terrain and intense heat. Drivers are constantly forced to stop to make repairs along the way. As of 2016, 16 different countries were represented in the race.