Tour To Croatia’s A1 Highway

Day 1: Zagreb to Rovinj, 3.5 hours
The reason for my haste: I’m trying to reach Rovinj’s malachite-hued harbor before sunset.Against my better judgment, I’m beelining through Istria, Croatia’s slow food capital. The picturesque seaport is so beloved it’s been claimed by ancient Illyrians, Byzantines, Franks, Romans, and Hapsburgs. The Venetians adored it so much they made it a vassal state in 1283 for nearly 500 years and continue visiting by zipping across the Adriatic on the high-speed catamarani ultraveloci. Even the last 100 years have seen Rovinj pass through the hands of four additional countries—Austria, Italy, Yugoslavia, and finally Croatia. I hope it doesn’t change nationalities again before I arrive.
Like Tuscany, this earthy province is a national pantry known for its grassy olive oils, fragrant truffles, and rustic taverns. It’s hard to imagine there’s a splashy beach beyond these hills.Istria is different from the rest of Croatia. The roads corkscrew past clusters of campanile-topped hill towns and vineyards laced with stone walls. But the earthiness ends at the site of Croatia’s first Design Hotel, Lone, parked on the Adriatic shores like an Eastern Bloc Love Boat. Lone’s stark exterior belies its luxuriously wild Yugo-era interiors, which include neon-lit spas and geometric atriums strewn with hanging gardens. But the highlight is the pine-lined cove the hotel overlooks, filled with swimmers lapping past dinghies under the watch of St. Euphemia Cathedral. In 2014, Lone and its adjacent sister property, Monte Mulini, added a new beach club that captures Istria’s relaxed spirit with sunbeds, bars, and loungey DJs playing sundown sets, which I arrive just in time for.


Here, butterflied Kvarner shrimp nest in a bed of parsley and sea-urchin risotto, tomatoes swell with soft creamy skuta (ricotta), and acacia-barreled malvazijas and golden Amfora wines—aged underground in terra cotta jugs—begrudgingly take a back seat to the food.For dinner, I wander down the cobbled waterfront to Monte, a tavern atop St. Euphemia’s steps where gastro-molecular gets a Mediterranean makeover. Later, I nurse a nightcap of biska rakija (a local mistletoe grappa) at Bar Valentino, a breezy boîte nesting on the rocks above a cerulean patch of sea. 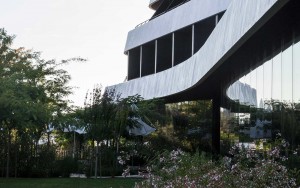 Day 2: Rovinj to Prvic Luka, 4.5 hours
After some morning laps in the harbor with old Yugo Nationals, I head south. It’s by turns utterly gorgeous and overly crowded. A few tributaries further north provide less-touristy sanctuaries and swimming opportunities for those who can’t resist the azure, travertine-rich water. The A1 veers inland towards Plitvice National Park, a series of sapphire pools and waterfalls that snake around a karst labyrinth. I have lunch in the woodsy hamlet of Slunj on the patio of Under the Rastoke Roof Tavern, where I nibble on eye-wateringly sour peppers and cornmeal-dredged trout while overlooking a watermill.
I follow the A1 to Sibenik, a medieval seaside town known for the ornate quatrefoil baptistery of its St. James Cathedral. I park the car and jump aboard the ferry to Prvić, a tiny, under-the-radar island, where I bunk down at Hotel Maestral, a tasteful 12-room former schoolhouse with green wooden shutters that fling open to the harbor. A ten-minute walk leads to Mareta, where I wash down a plate of fried calamari with a cold glass of Ozujsko beer before walking back to my room under a sky of glittering stars.
The two-hour stretch to the Dalmatian Coast cuts though the dramatic Dinaric Alps, with the coastal Velebit range to the west and the spectacular 6,000-plus-foot Mount Dinara to the east. The landscape becomes increasingly arid and the roads punctuated with vendors wearing hijabs and hawking blond wheels of squeaky skripavac cheese, which is similar to halloumi.

Day 3 Prvic Luka To Dubrovnik, 4.5 hours
Split is ground zero for easyJet tourists, but remains young and upbeat. By day, tourists and sexy Splicani laze along Bacvice Beach and play picigin, a local version of volleyball without nets. By dusk, they move to the Diocletian Palace, a UNESCO-inscribed Roman fortress lined with public streets, shops, and rustic taverns. The crowds return to Bacvice’s thumpy beach clubs until 5 a.m., but I continue south.A late-morning ferry allows for a leisurely breakfast on Maestral’s sunny patio. Back at the wheel, I speed down the coastal-hugging Magistrala road, bypassing Rogoznica, where snorkelers dive among ancient amphora, and admire dazzling water views from the road while heading for bustling Split, Dalmatia’s biggest city.

The final three hours lead to elegant and fortified Dubrovnik, whose 13th-century walls and balmy climate have long lured budget-minded sun worshipers, though deal-seeking visitors today are out of luck.I settle into the hotel’s intimate restaurant, Victoria, over a platter of plump Ston oysters and a chilled bottle of Dalmatian pošip (bubbly) and say živjeli (cheers) to myself for a perfect trip. I make my way to tranquil, splurge-worthy Villa Orsula, which lurks under bougainvillea in a cascading seafront garden. From here I have a view up the entire coast. 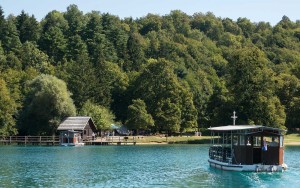 The Capital City Of Croatia-Zagreb