Mulled wine recipes vary from country to country, though most have in common warm red wine, sugar and a variety of spices – cinnamon, cloves, star anise and nutmeg. Citrus fruits are often added too, with orange slices studded with cloves being a popular ingredient. Other spirits such as brandy are often added to give the drink a bit more of a kick. And here for you the top list of popular traditional mulled wine in the world. 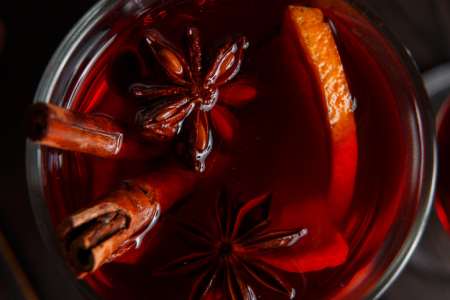 Glühwein, which is roughly translated as “glow wine”, is popular in Germany and other German-speaking countries, as well as in Alsace in France, and is often drunk mit Schuss (with a shot) of rum or some other spirit. Fruit wines such as cherry wine and blueberry wine are occasionally used instead of grape wine in parts of Germany. There is also a variation of glühwein which uses white wine, though it’s far less popular than its red counterpart.

Glögg is a term used for mulled wine in Sweden and other Scandinavian counties. The main ingredients are red wine, sugar, cinnamon, cardamom, ginger, cloves, bitter orange, and sometimes with a splash of akvavit. Variations with Port or Madeira are also popular. Throughout the Nordic region, glögg is often paired with cheese, ginger biscuits, lussebullar (a type of sweet bun with saffron and raisins), and rice pudding.

Like their Continental neighbours, French vin chaud (hot wine) recipes vary from home to home. Apart from the traditional method, you can also let the spices soak in wine for a few days, then gently warm the liquid over low heat for 20 minutes before serving. 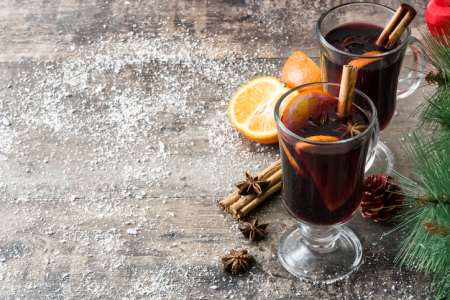 Popular in Quebec, this version of mulled wine combines red wine, whisky, maple syrup, citrus, cinnamon, cloves and nutmeg. Allegedly hunters and loggers used to drink a version that had caribou blood in the old days to stay warm.

Our Favourite Version of Mulled Wine