Bordered by Serbia, Montenegro, Slovenia, Bosnia and Herzegovina, Hungary and the Adriatic Sea, Croatia is in the middle of Southeast Europe and has a lot to offer travelers.Croatia truly is a nation of beauty and history. You can swim in the Adriatic, relax on stunning beaches or tour historic cities and Roman ruins. Whether you’re visiting for a few days or a few weeks, make the most of the adventure by staying in one of these amazing hotels in Croatia. 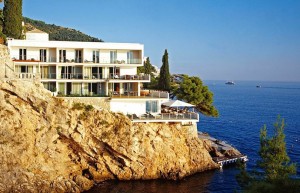 Dubrovnik is known as the Pearl of the Adriatic, and the Hotel Villa Dubrovnik may just be the jewel of that coastal city. The hotel itself is built right on the cliffs of Dubrovnik, which means that guests get to enjoy views over the Adriatic Sea and the Isle of Korum. Although the location is steeped in history, and you’ll be just minutes from the 15th century palace called Knežev dvor, the design and furnishings of the hotel are luxurious and modern 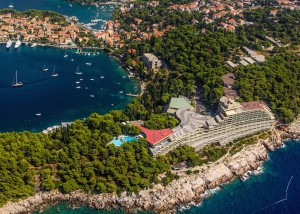 Just south of Dubrovnik is Cavtat, a coastal destination that offers lush greenery as well as blue waters and pristine white sand. There, you’ll find the Hotel Croatia Cavtat nestled on a cliff, an upscale resort where rooms often include private balconies overlooking the Adriatic Sea. Although you might be tempted to spend all of your time at one of the two private beaches, the hotel also boasts world-class amenities like indoor and outdoor pools, five spectacular restaurants, a piano bar, a Finnish sauna and a spa. 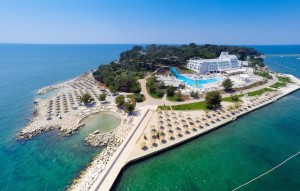 Off the coast of Poreč, Croatia, is a small island dotted with a handful of bungalows and buildings that are all part of the Valamar Isabella Island Resort. The main building on this private island is the Valamar Isabella Hotel. Accessible only by a shuttle boat, the resort is incredibly private, letting you get away from the hustle and bustle of everyday life. The rooms flat-screen televisions and sea views are appealing, but the best of the hotel is found outside. You’ll love the chance to go boating, swimming or just sightseeing on the secluded beaches and pristine pools of this resort island. 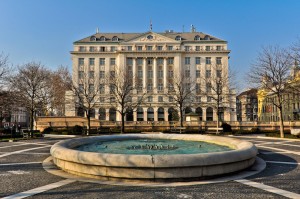 In the heart of Zagreb, the country’s largest city and its capital, is the Esplanade Zagreb. Housed in a spectacular art nouveau building from the 1920s, the hotel embraces the era of art deco and all its luxury. Rooms in the hotel boast marble bathrooms and stunning city views, and guests have access to four fantastic restaurants in the hotel as well as an extensive fitness room and sauna space. For the best views of the exterior, stroll outside at night and revel in the illuminated facade of this architectural masterpiece. 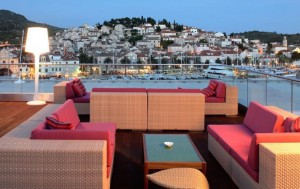 In Hvar Town, on the Croatian island of Hvar, is the spectacular Hotel Adriana. The location of the hotel is ideal, putting you steps from the Hvar Marina as well as the Hvar Cathedral. Although it is surrounded by lots to see and do, you might be tempted to spend all your time at the hotel. The property boasts a waterfront restaurant, a fantastic spa, garden terraces, a beach club and a rooftop saltwater pool. The rooftop bar is the best place to be at sunset each evening and enjoy spectacular views of the ancient town, bay, and Paklinski Islands.