Looking for seashells is a treasure hunt. You never know what you’ll find: a delicate angel wing, baby’s ear or even a Scotch bonnet (North Carolina’s hard-to-find state shell). Wave-washed shells turn up all over the world, although some of the best beaches for finding them are in the U.S. 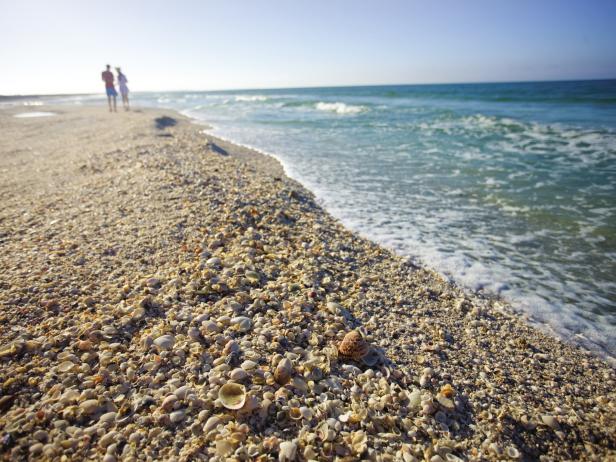 Shells aren’t the only things you can collect at this state park on the Chesapeake Bay. Formed 10 to 20 million years ago, and once covered by water, these cliffs sometimes cave, iceberg-like, to spill shark teeth and other fossils onto the sandy beach. 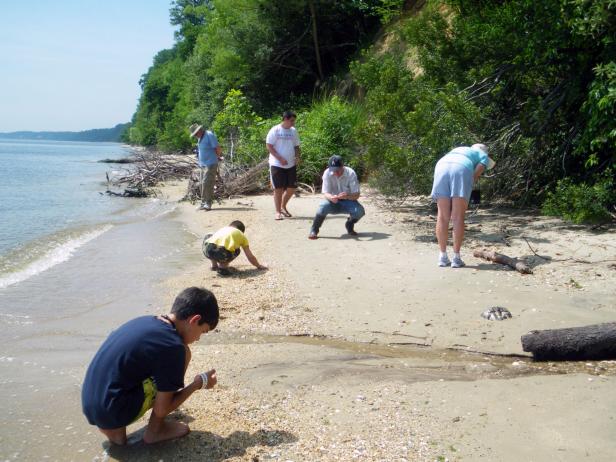 This is also a good spot to hunt for scallop, clam and oyster shells, and you may even come across arrowheads and bits of smooth beach glass. Calvert Cliffs is a very popular park with limited admission, especially during the summer and around holidays, so plan ahead if you want to visit. Note: Walking beneath the cliffs is prohibited because of the danger of landslides. 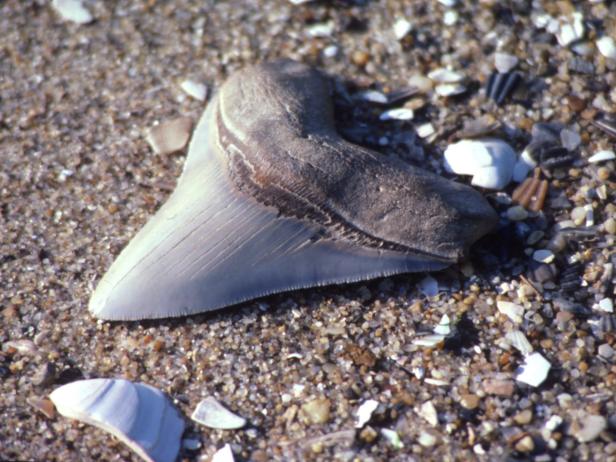 Surfers come from across the globe to ride the waves in Jeffreys Bay, a small town on South Africa’s Eastern Cape. Those waves also wash in a rich variety of shells in all shapes, sizes and colors. Winter is a good time to hunt for them; you’re likely to find cowries and Indo Pacific species. Save time to visit the Jeffreys Bay Shell Museum, which contains more than 600 shell species from around the world, including a rare paper nautilus and baby jam tart shells.

Do the “Sanibel stoop” on this small island west of Fort Myers, Florida. That’s what locals call the bent-over position visitors take as they search for coquinas, scallops, olives, tulips, conchs and lightning whelks. 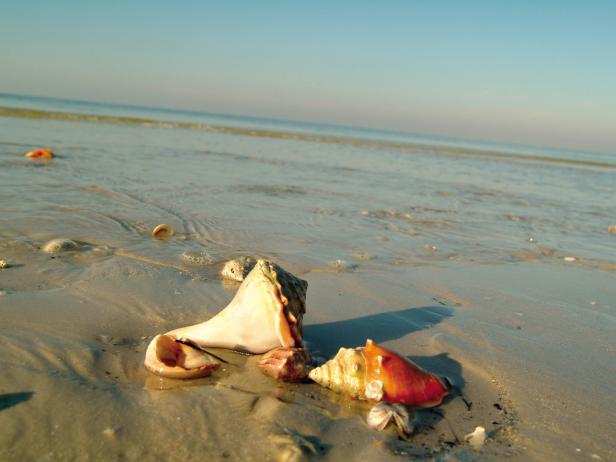 Sanibel is shaped like a curve, so seashells are funneled onto its sugary-white beaches, making it one of the premier spots for collectors. Go at low tide or after a storm, when the shoreline is sure to be studded with shells, but leave sand dollars, starfish and sea urchins alone; they’re protected by law. 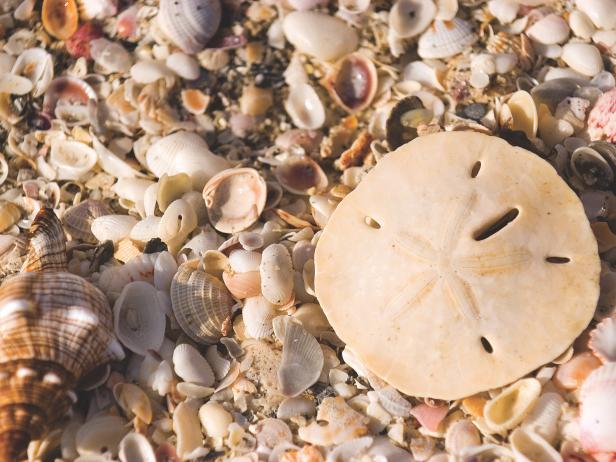 Cross the bridge at Turner Beach to continue on to Captiva Island, another great place for finding pastel-colored seashells. 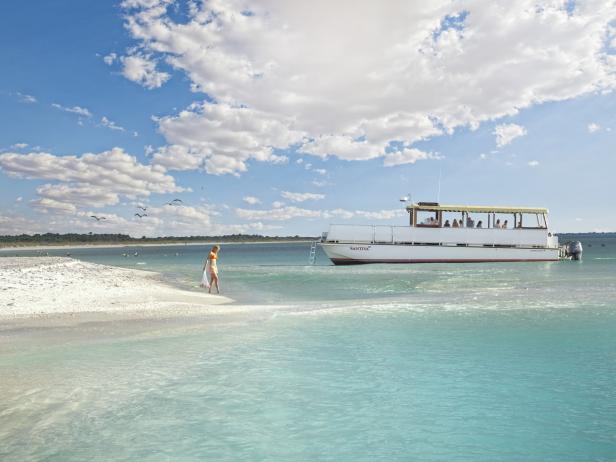 Shipwreck Beach, on Hawaii’s Lanai Island, isn’t for swimmers. The strong currents, shallow reefs and trade winds around the island are treacherous, and, as you’d guess from its name, this beach, also known as Kaiolohia, has been the site of many shipwrecks. 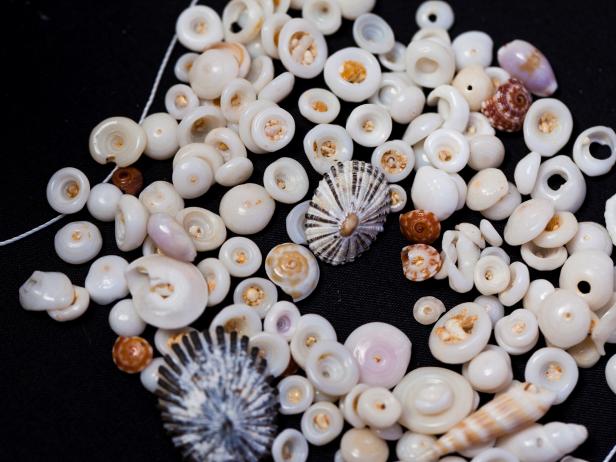 At least the currents and winds are great for beachcombers, and drive ashore such shells as violet snails, imperial cones and textile cones. Other fun finds that might wash up include coconuts, bottles, sea glass, driftwood and even a rare Japanese glass float. 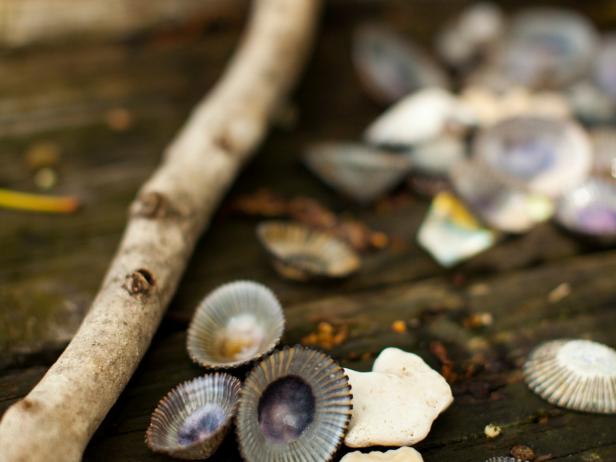 Ocracoke Island, at the tip of North Carolina’s Outer Banks, is home to over 400 bird species and other wildlife. It’s also a beachcomber’s paradise, where queen helmet conchs, Scotch bonnets, clams (the big ones are called quahogs), olives, periwinkles, moon snail shells and sundials are found. Look for three kinds of whelks here: lightning, knobbed and channeled whelks. Some visitors have found giant whelks that measure up to 16”. Don’t skip over the tangles of brown sea grasses and seaweeds that often dot the shore; they may be hiding some good finds. Wade a couple of feet out into the water for more hidden gems. 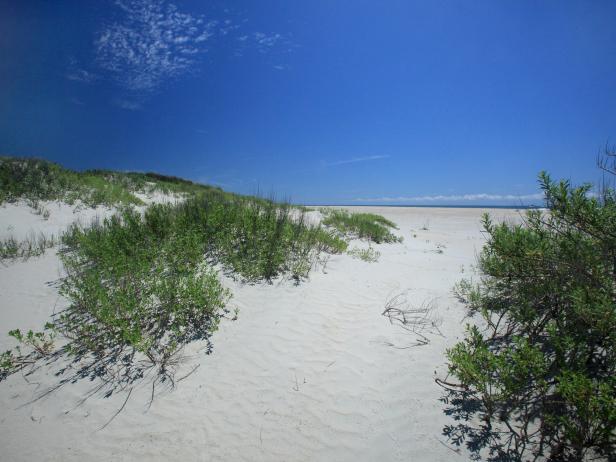 Stroll Galveston’s Sea Shell Beach Pocket Park during the winter, or after a storm, when the waves deposit murex, marsh snail shells, shark’s eyes, zebra periwinkles, clams and scallops and more. The western end of this 32 mile-long island is usually the best for shelling. 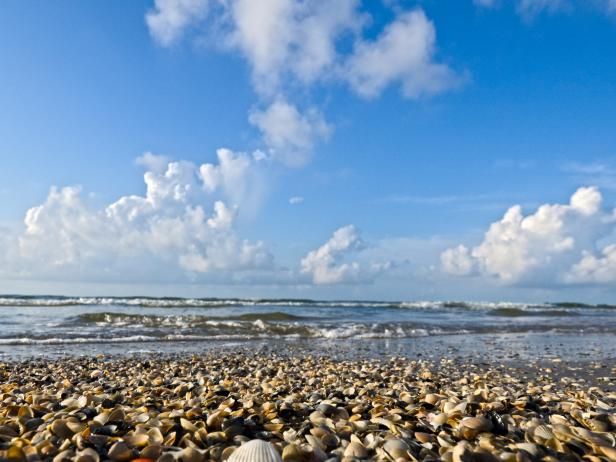 One of the best beaches in the Bahamas for shelling is Somerset Creek Beach, on Andros Island, although you’ll need to wear sandals or shoes to keep from cutting your feet. The beach is a mile long, studded with coconut trees and paved with millions of tiny shells in all the colors of a Bahamian sunset. Sand dollars can be found here, along with queen conchs, king, queen and emperor helmets. The pink and white sands of Eleuthera Island, one of the “out islands,” stretches for over 100 miles. Snorkel for shells or scoop them up by the handful; they’re abundant after a big storm or hurricane. Shells to watch for include netted olives, tulips, conches, murex, West Indian top shells and moon snails.

Be a steward of the seashore. If you find a shell with a live animal in it, gently put it back where you found it. Also, ask about restrictions on shelling at your destination, so you don’t exceed the limit even on empty shells. Finally, if you’re traveling internationally, be sure your country of origin will allow you to bring back any shells you find.