Rab is an island in the Adriatic Sea which is close to Krk and Cres, and it is connected through the port Jablanac with the islands of Krk and Pag. Rab is first mentioned in the travel writings of the greek geographer Pseudo Skilaksa, (360 years BC), together with Pag, under a common name “Mentorides”, and then, the other Roman geographers named it Arba. The name comes from Liburnians, the first known inhabitants of the island. That word means – dark, green, wooded, in translation would signify the “Black Island” due to the pine forest on the island. One of the famous personalities from Rab is St. Marin, founder of San Marino.

There are favorable microclimate conditions, with an average temperature of 15 degrees, and a multitude of wildlife on land and sea. In the northwestern part of the island, there is a settlement Supetarska Draga, which name is derived from the monastery of St.Peter in Draga. Barbat is the southest village on the island. On the hill of St. Damian, there are remains of an old church St. Damian from the 19th century, and a garden. Excavations derived from the Greek war colony founded in the 4th century BC are believed to be the remains of an ancient city. During the tide, in place named Pernichic, you can see the remains of the walls of the city founded by refugees who fled from Attila. In Euphemia bay, there is a monastery of St. Euphemia, from the 13th century, where it is kept the richest old library.

The other islands have a greater number of settlements, but the island of Rab has only 8 – Banjol, Barbat, Kampor, Lopar, Mundanije, Palit, Rab and Supetarska Draga. All places are located on the coast, except Mundanija. Rab is one of the few islands where there wasn’t a major change in the birth rate and mortality. The island lives mainly from tourism as a major branch, and it has a great tradition. Interesting place that is supposed to be visited is the beach Ciganka in Lopar, or you can experience the sunset in Supetarska Draga. The highest peak is Kamenjak, 408m, and the island is divided into 2 parts; one of them is covered with oak forest.

Rab was first invaded by Illyrians, then by Liburnians and Romans. Octavian Augustus built the walls and called this island Municipium. Then, as a whole Croatia, it fell under Byzantium, Venice, Austria- Hungary. Although many of the population speak Italian, in 1921, Italy decided Rab to join Yugoslavia, not to Italy. It is the period when many people moved from Istria to Italy. During the Second World War, Italy’s fascist settled camps on Rab. Today, there are remains of that camp in the village Kampor. 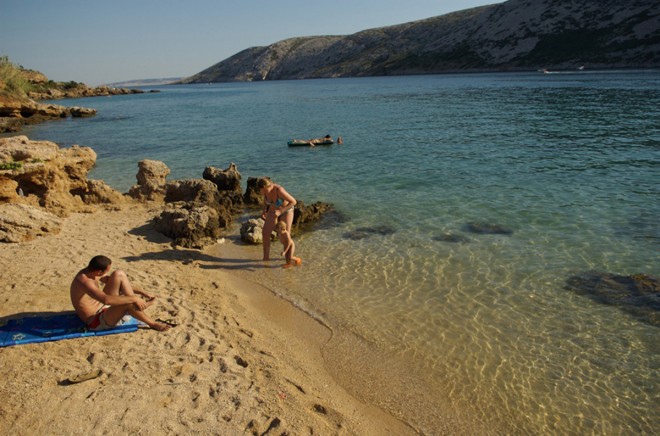 The island is nowadays very popular with its cultural heritage and beautiful nature, which makes it the perfect place to relax. Known as a pioneer in naturism, today is especially popular with the beaches, but also because of the traditional events held every year- like Rab arbalest race and Rab Fjera- medieval festival.