Pom Pom Island located in the Semporna archipelago in of the east coast of Malaysia, it is a small and tranquil speck of white sand land with literally no pollution, little fishing and no village besides sleepy resorts. Circling the island in the impressive turquoise waters are stunning coral reefs and a large number of fish species. It is not uncommon to encounter giant green and hawksbill marine turtles who use the island as a nesting site.

The island is 2.3 km in circumference at the high tide line with a fringing coral reef 4 km long. The Pom Pom island is flat sand with a maximum elevation of less than 2m above the HT line. The reef flat is only 50-75m wide to the west and several hundred metres wide around most of the island. The island has a white sand coral beach and is a significant nesting location site for Green and Hawksbill turtles. The island has no village, minimal human impact, no pollution and is one of the popular dive destinations in the Semporna district. 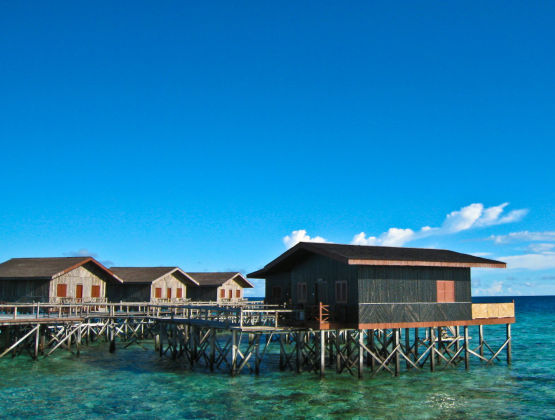 Pom Pom island is an important nesting and feeding site for Green and Hawksbill turtles. All the 6 NE Semporna Islands are nesting beaches and many of the stakeholders in the area are working towards protecting the turtles and reef environments. The Green turtle nests all year round but peak nesting is May to September. 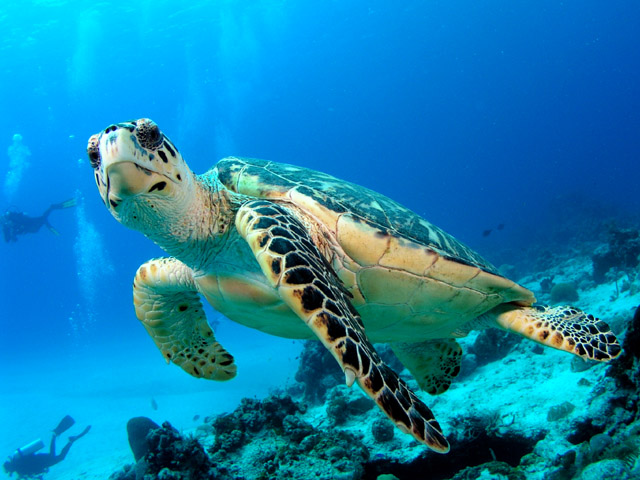 The Hawksbill nests in small numbers. Both turtles are present on the reef throughout the year with an average of 7 green turtles seen per hour on a dive or snorkell. The hawksbill is both less common and more territorial with the same individuals being regularly seen at Lobster wall, the North tip and Magic rocks.