There’s a passenger being dragged off a plane and bloodied and then there’s people looking for their 15 minutes complaining about situations outside an airline’s control.

Which one does the story of Geoff Fearns, President of TriPacific Capital Advisors, sound like to you?

He flew to Kauai last week for a conference, but changed plans to return early and bought a $1000 one-way first class ticket back to Los Angeles.

After boarding a United agent told him that he wouldn’t be able to sit in first class. 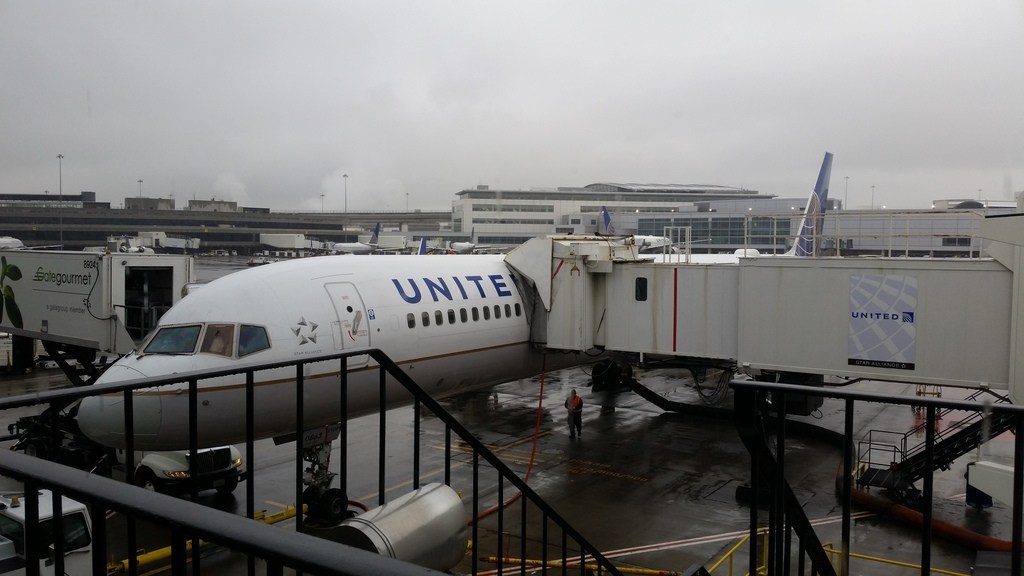 The investor “held his ground. He was already on plane, already seated. He shouldn’t have to disembark.”

Suddenly it had more first-class passengers than it knew what to do with. So it turned to its “How to Screw Over Customers” handbook and determined that the one in higher standing — more miles flown, presumably — gets the seat and the other first-class passenger, even though he’s also a member of the frequent-flyer program, gets the boot.

Since this customer was a member of MileagePlus he feels like he should have priority and someone else should have been booted!

He was stuck flying coach in a middle seat “between a married couple who were in the midst of a nasty fight and refused to be seated next to each other.” He couldn’t even trade seats!

Instead he was offered the difference in fare between what he paid and a coach ticket and $500 towards a future flight. Sounds about right to me.

Julia Underwood, a business professor at Azusa Pacific University, said United’s actions in both the dragged-off-the-plane episode and with Fearns reflect a coldhearted mindset utterly devoid of compassion for customers.

“They’re so locked into their policies, there’s no room for empathy,” she said.

…Fearns said three different members of the crew on his middle-seat, economy-class return to L.A. apologized for how he was treated in Hawaii. But they said they were unable to do anything.

United employees were apologetic, but there’s not really any suggestion of what United should have done differently other than inconvenience someone else.

Hat tip goes to mogon who writes, “from experience, if you choose to go to or live on the most isolated isolated chain on earth, there will be times when it is not possible to get where you need to go exactly when you want to go. There are several cultural threads…tugged on in this story.”