Norway: A place to please your senses!

One does not simply go to Norway. It’s a country that needs to be experienced with all your senses and a bucket list place if ever there was one. A country so wild, rugged and beautiful that it enters your system and never leaves. While Norway’s breath-taking landscapes, towering mountain peaks and magnificent Fjords are a nature and adventures lovers’ paradise, the country’s cities and towns are a heady mix of ancient and modern, and charm and sophistication.

Quite simply, one of the most breathtaking countries in the world. 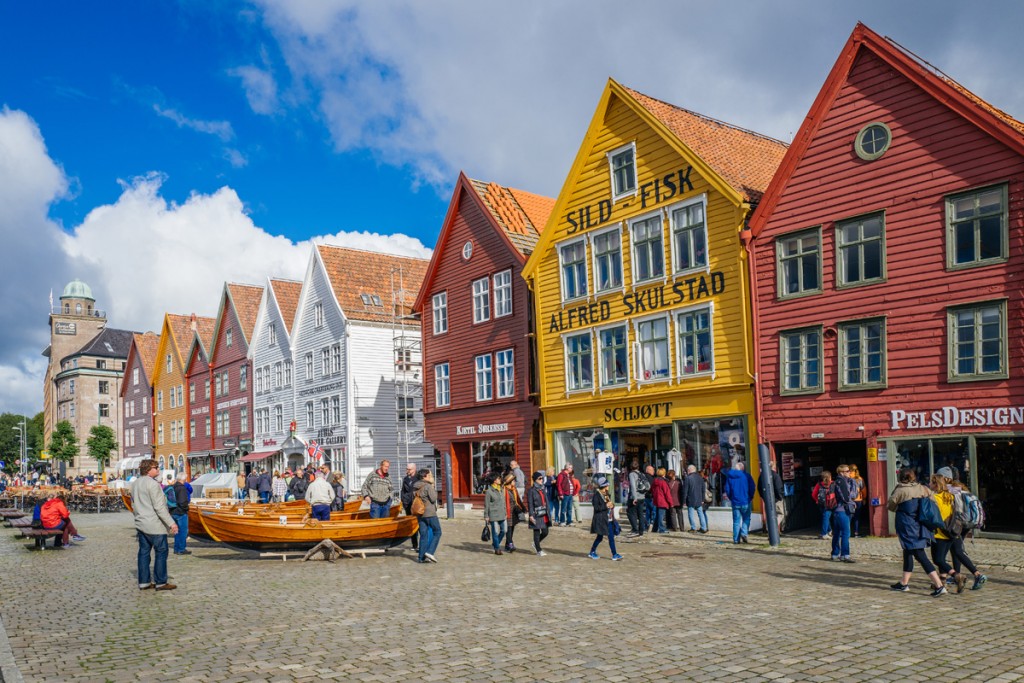 On our brand new Scandinavian Escape tour, we cover Denmark, Norway and Sweden and travel to top destinations like the capital, Oslo as well as Bergen and Lillehammer. On day four in Oslo, you get the opportunity to see not only the Akershus Castle but also the Oslo Opera House, the Parliament building and the Royal Palace! Not too shabby, hey? Here are the highlights in Norway not to be missed… 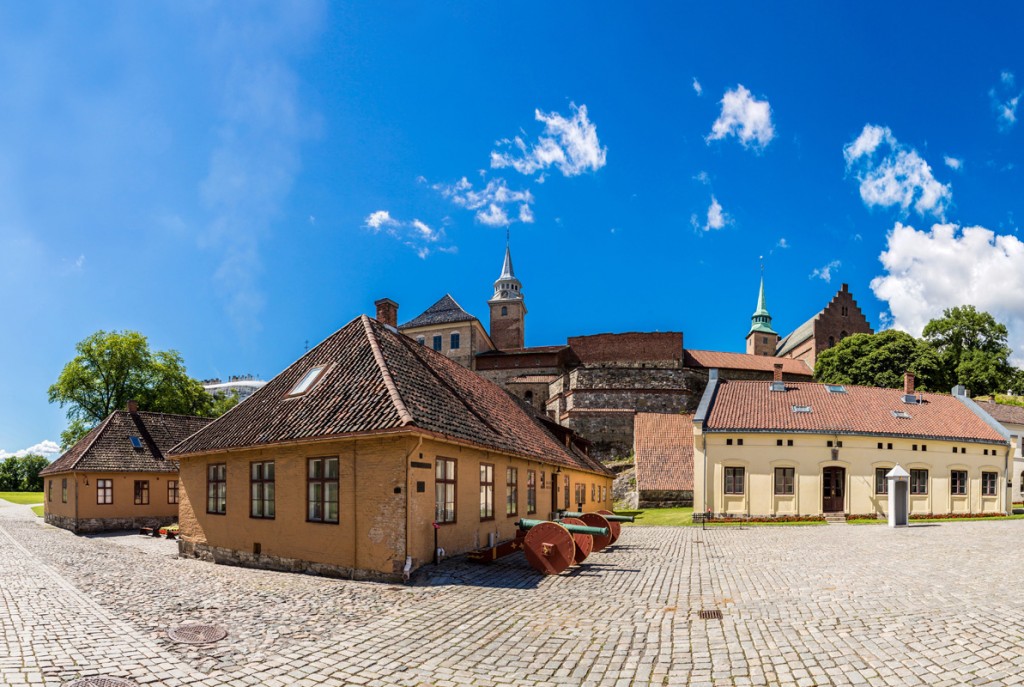 Oslo
Oslo is a modern city with historical significance, and for a relatively small city, population 700 000, the city plays an important role in world politics. Nestled comfortably between the Oslofjord and its thick indigenous forests, the city is a magnet for international tourists, especially those who seek something a little different in their travel excursions.

With a history as rich as this, you have to explore Oslo’s kaleidoscope of fascinating cultural attractions, check out its interesting architecture, and immerse yourself in this cosmopolitan city.

As Norway’s’ capital, Oslo is home to Norway’s government and its royal family. The Norwegian Parliament is known as the Storting house or Stortingsbyningen in Norwegian. Here the 8 political parties, 169 members gather with the president and vice presidents for political debate and supreme decision-making. 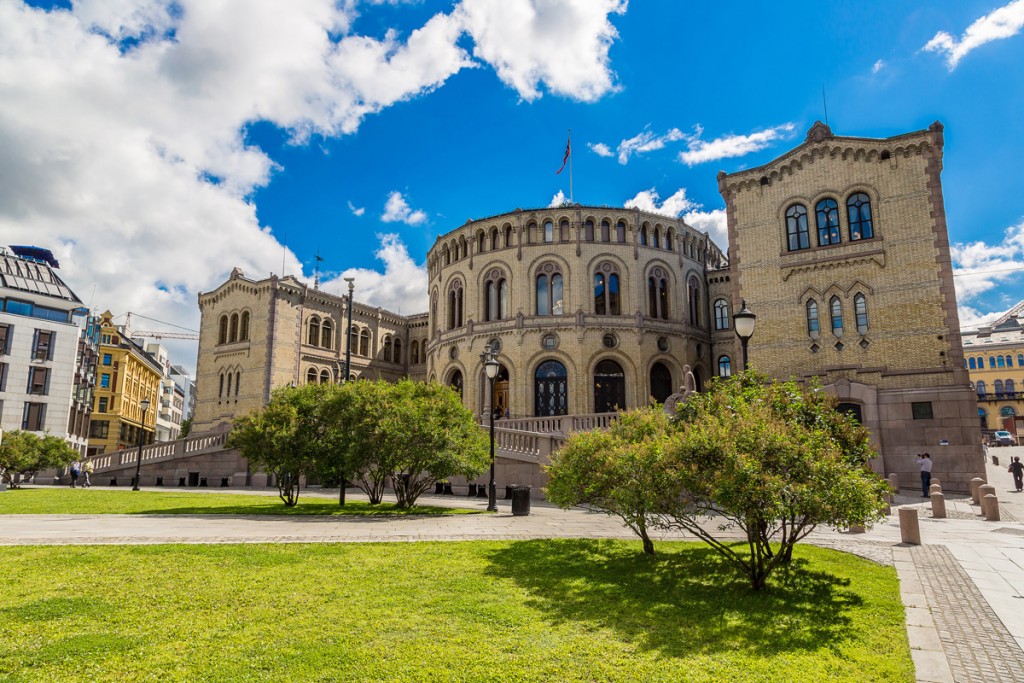 In the summertime, Oslo brings with a plethora of music concerts and festivals, which make great use of the long sunshine hours. From its world class opera house to its ski museum and jump tower, Oslo is as contradictory as it is enticing.

Oslo is one of Europe’s fastest growing cities and has been the capital of Norway since 1814.
The 1993 Oslo peace accords, which is the closest the Middle East has come to peace agreement since 1948, was signed in Oslo.
Oslo is situated at the end of the 100km Oslofjord, which has over 40 islands. 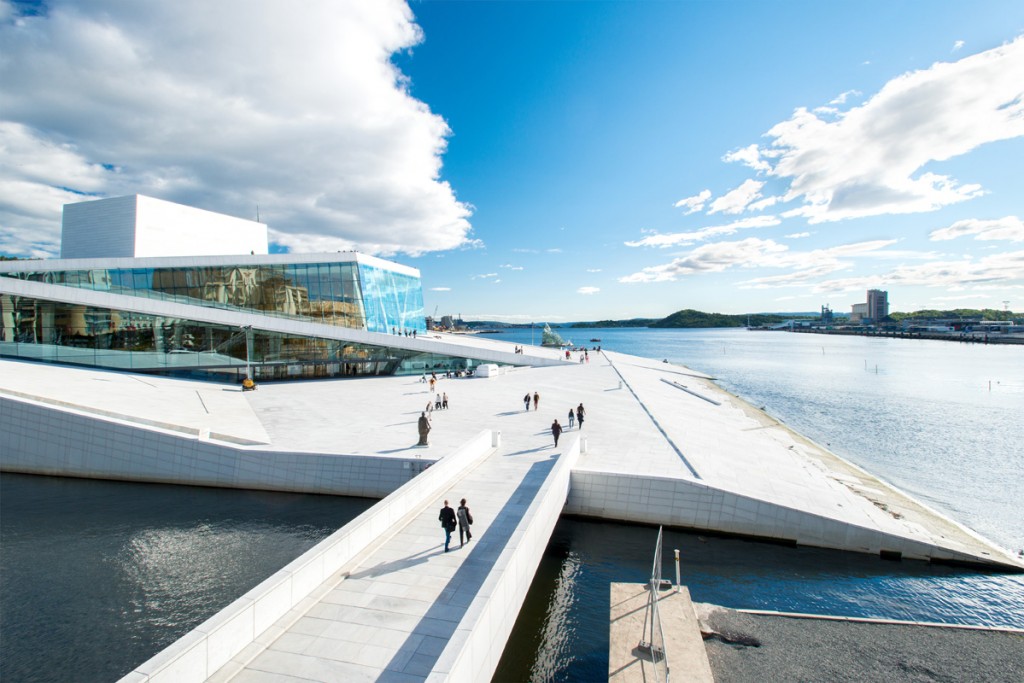 Norway’s second largest city, nestling comfortably on the mountain sides has a charisma and character that once it grabs you, never let’s go. It’s a wonderful place to relax, kick back and take in the culture and nature that embrace the city and its people.

Make sure you bring good walking shoes, because as a small city, you want to experience Bergen on foot. Situated on the water’s edge, the old town is a charming little waterfront city with character buildings, reminding you of a wild and wonderful past, many cool shops and restaurants, and quirky art scattered around the town. 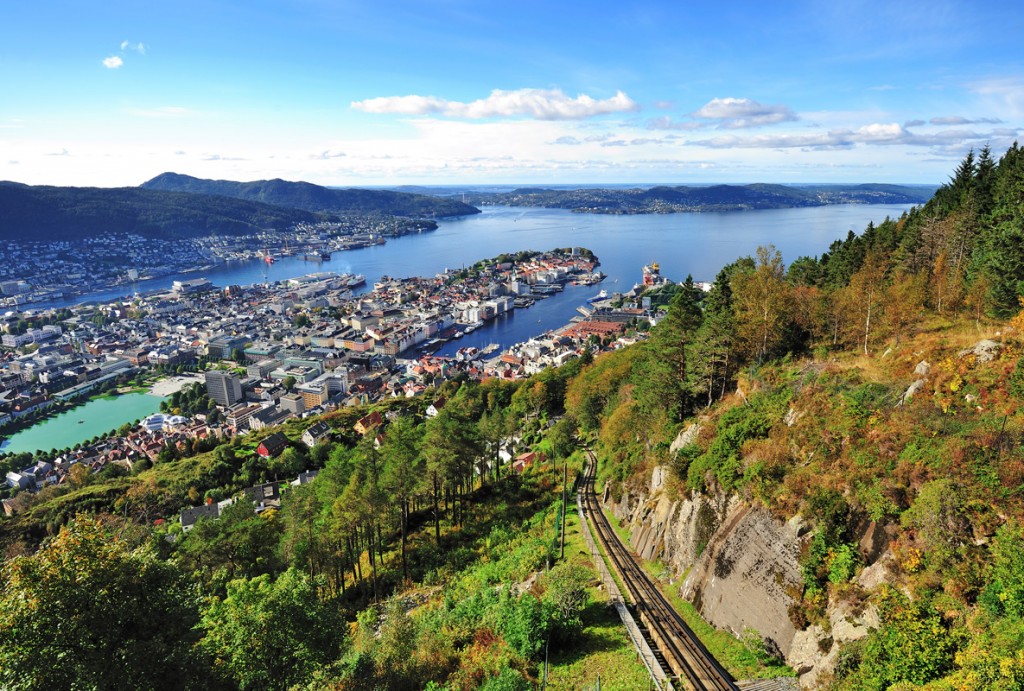 Bergen is also home to a growing musical scene! There are numerous theatres and even a professional ballet company. Choose between theatre, dance performances, shows and international concerts (like the annual Bergen International Festival!).

At close to 900 years old, Bergen’s history, including its colourful Viking past, is part of what makes this town tick. Bergen’s most visited site is Bryggen (“The Hanseatic Wharf”), a World Heritage-listed site, which likes to show off with brightly painted wooden buildings that are hundreds of years old. Look out for fresh fish market! 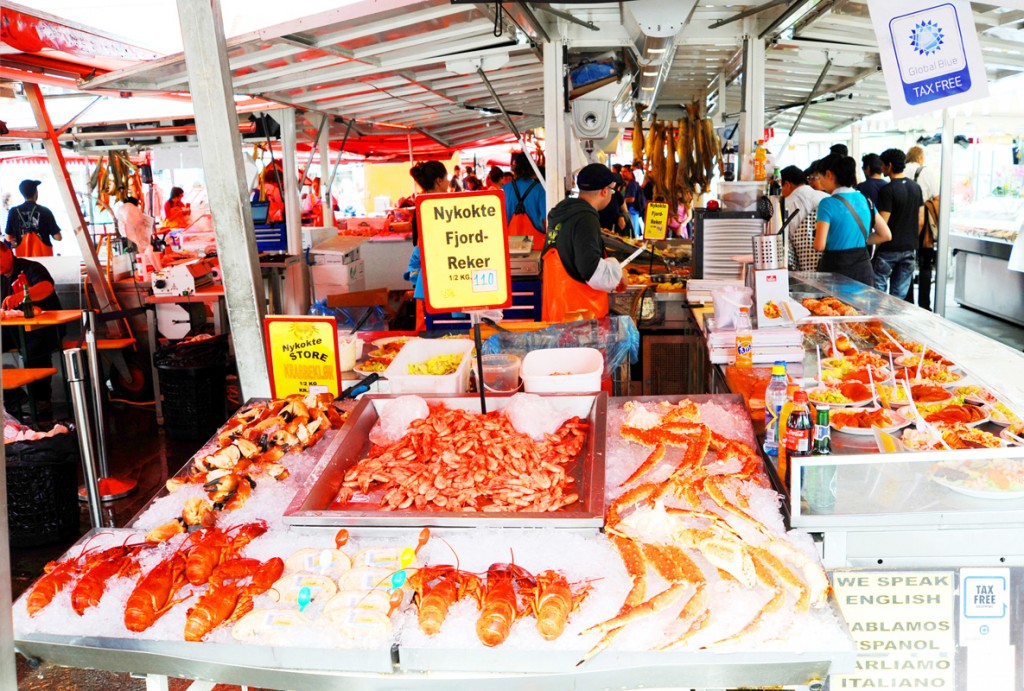 Despite its old school charm, Bergen is most famous for being the “city of seven mountains” as there are seven towering mountain peaks standing protectively around the city. Take the cable to the top of Mount Ulriken or do some hiking and biking for amazing views of the ocean and islands. 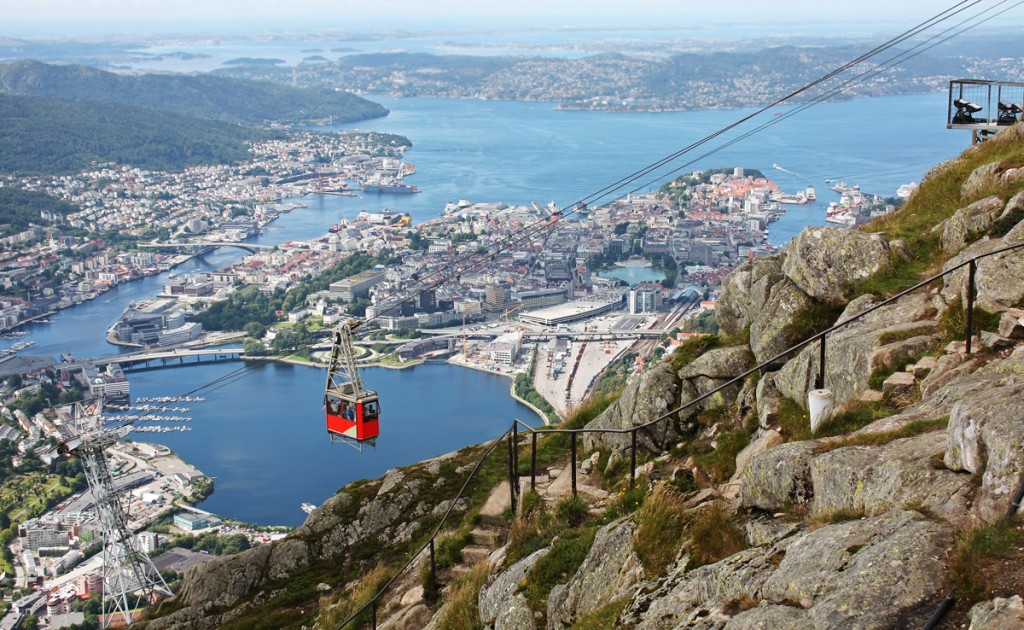 The Lillehammer Region first came to international prominence in 2004 thanks to it hosting the winter Olympics. Many of these facilities are today open to the public making the region a popular place for winter sport lovers. Located in the Gudbrandsdal Valley, above Lake Mjøsa, Lillehammer is a popular all-year-round destination.  Rich in culture and history, the region has farms dating back to the middle ages, tasty food traditions and a lifestyle which mixes the best of olden day charm with first world modernity. 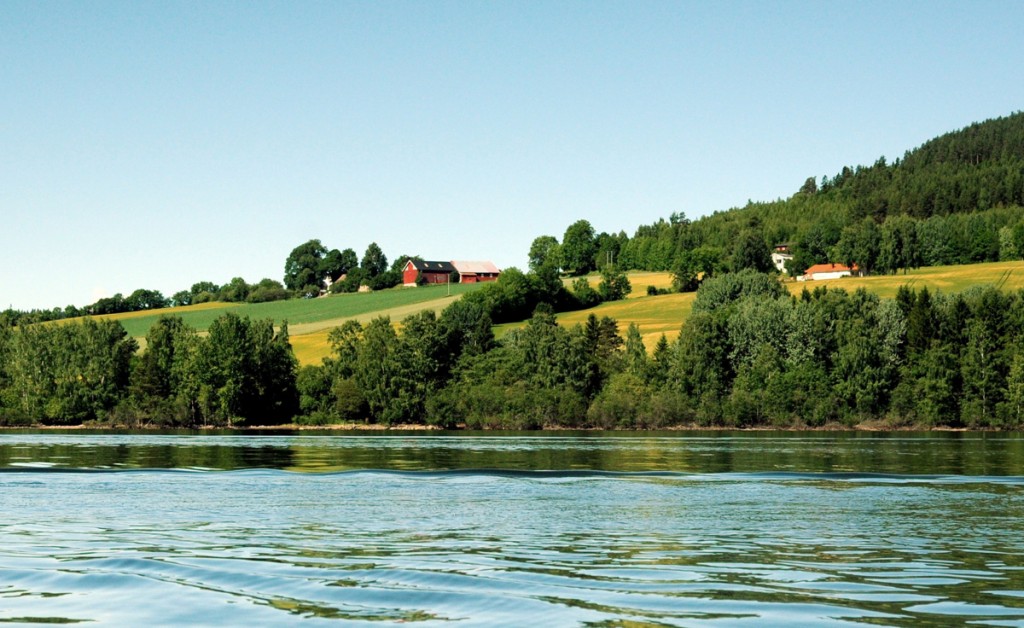 Located close to a variety of national parks, like Ormtjernkampen and Rondane National Park, you can experience the region on foot, horseback or mountain bike. It is an area where you can go from forest clad hills to towering mountain in a day. A place where fresh air and adrenaline mix to invigorate and rejuvenate even the laziest of visitors. 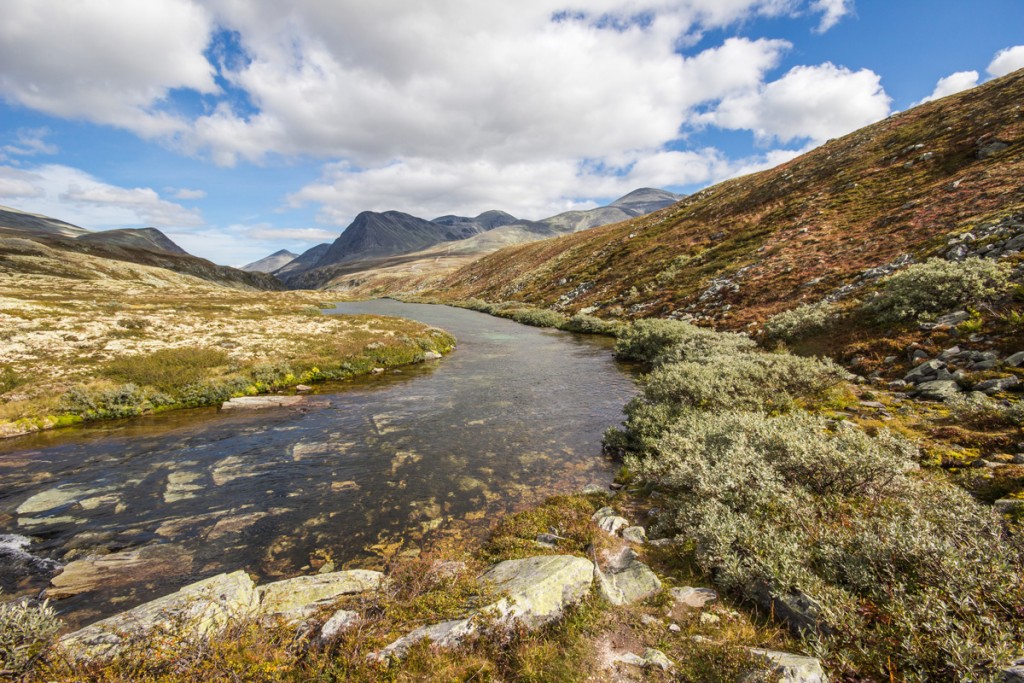 From the great outdoors to a vibrant shopping scene, from museums to cultural centres, Lillehammer entices everyone and entertains them all in equal measure. Plan on staying here a few days as you’ll never want to leave.

Norway has one of the highest standards of living in the world, a first world economy, an efficient government, and an outdoor playground to blow your mind. A place that, according to UN, is the number one place to live in the world and has the lowest unemployment rate in the world.  This is not a country you simply look at; you need to experience it with your senses fully switched on.