While the larger Croatian island superstars get all the press, there are a bunch of Croatian islands that don’t get enough credit. Many boat tours and cruises hit well-known islands such as Hvar, Korčula, Brač and Mljet, which is, of course, entirely justifiable. Those islands are nothing short of gorgeous, rightly belonging on any Mediterranean itinerary.

However, if you’re looking for a quieter, unspoiled and perhaps off-the-beaten-track island destination, you might want to consider one (or more) of these lesser-known Croatian islands: 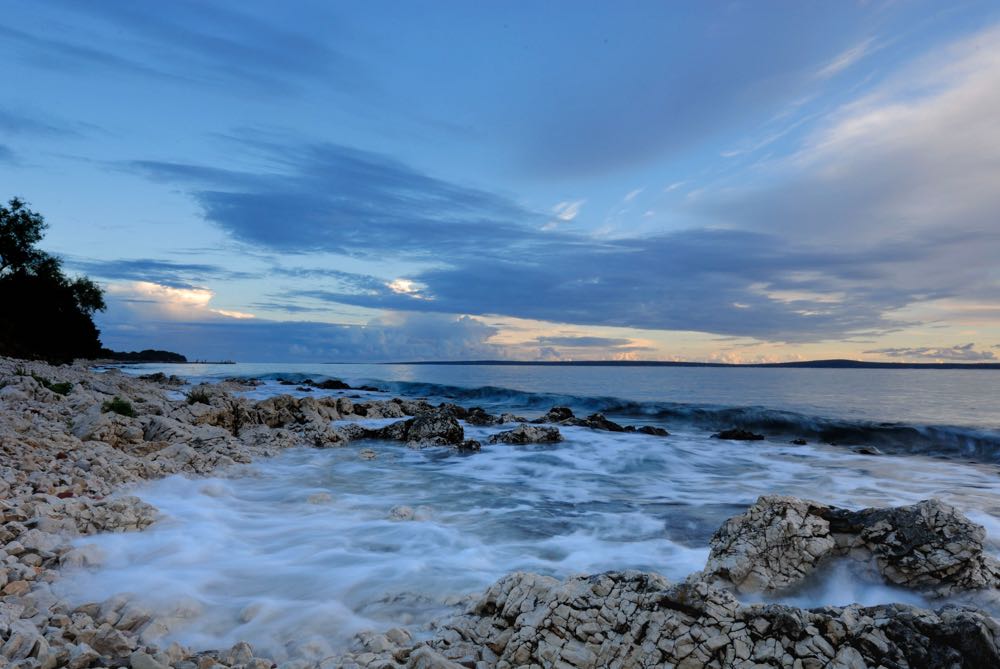 Silba is part of a group of small islands and many islets to the northwest of Zadar. It’s the most populous island of them all, entertaining visitors with its relaxed seaside restaurants and taverns, always keeping things quiet and peaceful.

Even though it’s the most populous island in its group, the permanent population isn’t greater than 300—swelling to a few thousand in the high season. Featuring a nearly perfect Mediterranean climate, summers are sunny, hot and breezy, ideal weather for a beach vacation. Moreover, the entire island is car-free, except for the vehicles that supply local businesses. This pedestrian-friendly environment only adds to the appeal of this less-known Croatian island – especially if you are traveling with kids. 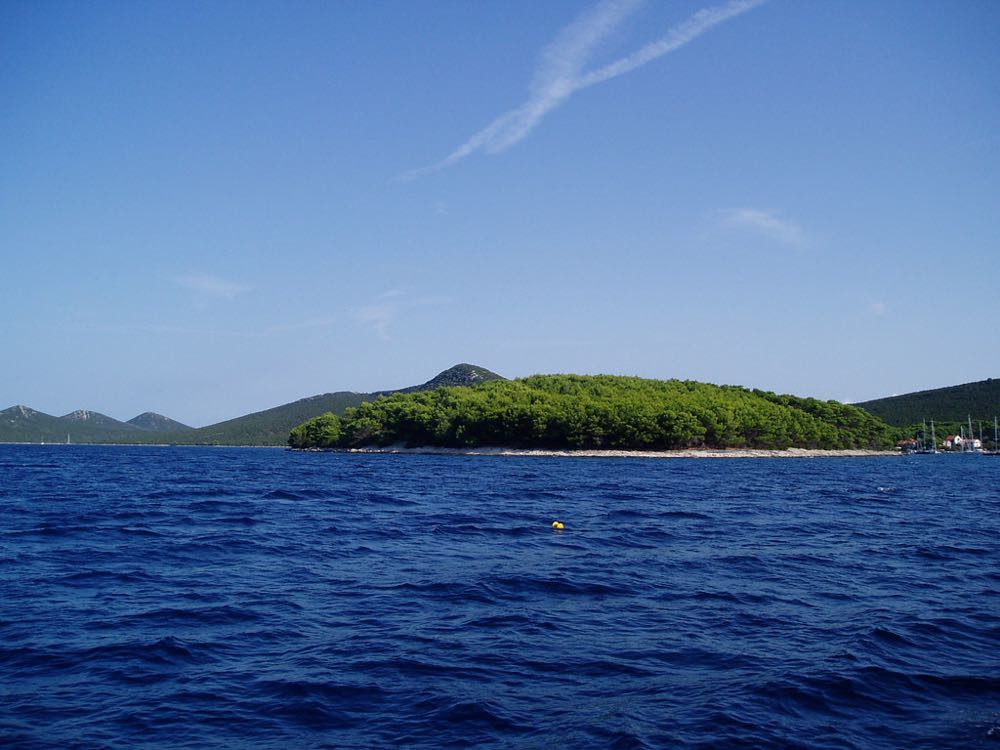 Another part of the above-mentioned group of islands is Molat. Three villages dot this island’s winding coastline—as opposed to its neighboring islands, which all have only one locality. That doesn’t mean a lot of people live on the island, though. Rather the contrary, its population is just over 200.

The beauty of this particular island is its indented coast, featuring countless coves and bays. If you’re into hiking, trekking, and camping, this would be a great destination for you, the island being lined with scenic trails. Only a short ferry ride from bustling Zadar, Molat is an entirely different world, a place covered with pine forests, shrubs, and meadows. On the whole island, you’ll find only a handful of shops and restaurants. 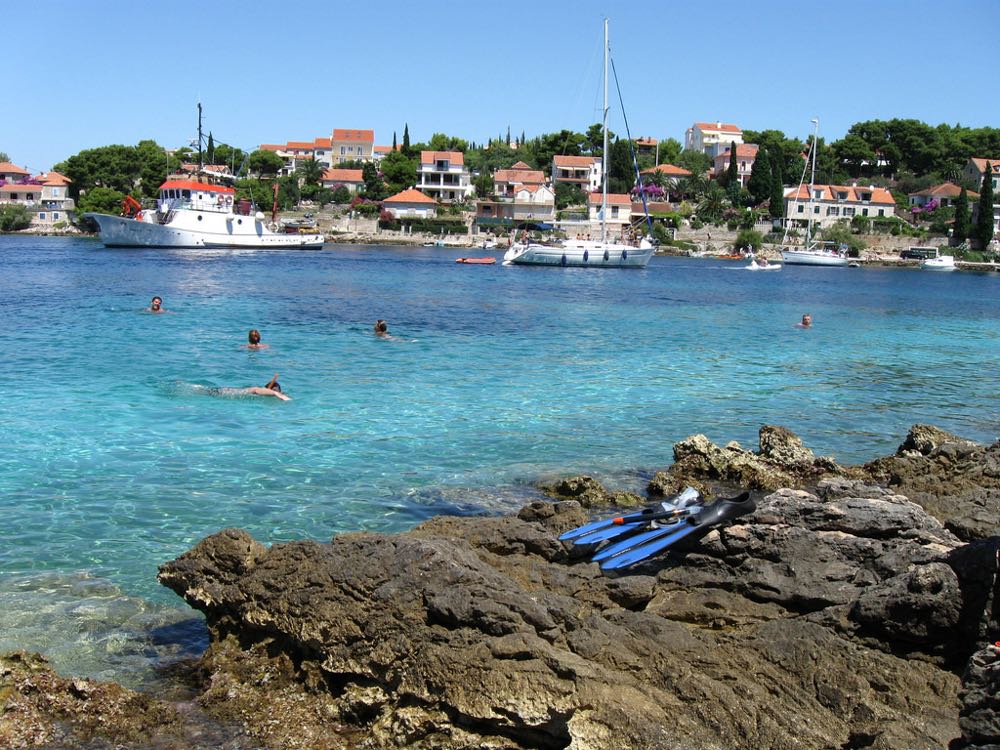 Situated in the central Dalmatian archipelago, Šolta lies south of Split, east of the Drvenik islands and west of Brač. With its population of 1,700 and large scenic bays, fishing villages, wineries and olive groves, it definitely has plenty of touristic potential.

However, the island really doesn’t get the attention it deserves. Home to quaint stone villages, sheltered natural harbors, and quiet coves, Šolta is the ideal retreat for self-reflection and authentic tourism. It’s a fantastic destination for anyone with a desire to experience real Dalmatian island culture, untouched by mass tourism. 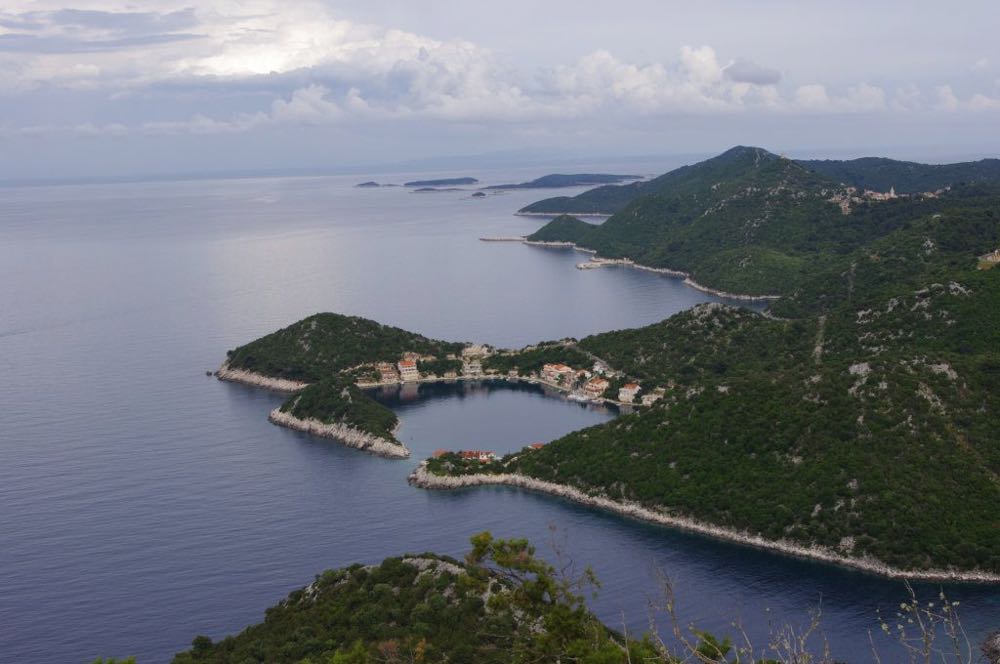 An island municipality in Dubrovnik-Neretva County, Lastovo consists of no fewer than 46 individual islands and islets and is home to almost 800 people. Its namesake island Lastovo is also the largest island in the archipelago. This is where virtually all of the permanent residents live.

Lastovo is renowned for its annual carnival, a celebration in which all residents participate by wearing elaborate folk costumes. Another notable attraction on the island is the unique cylindrical Lastovo chimneys, which look like mini-minarets (although no Turkish or Arab influences have ever reached the islands). 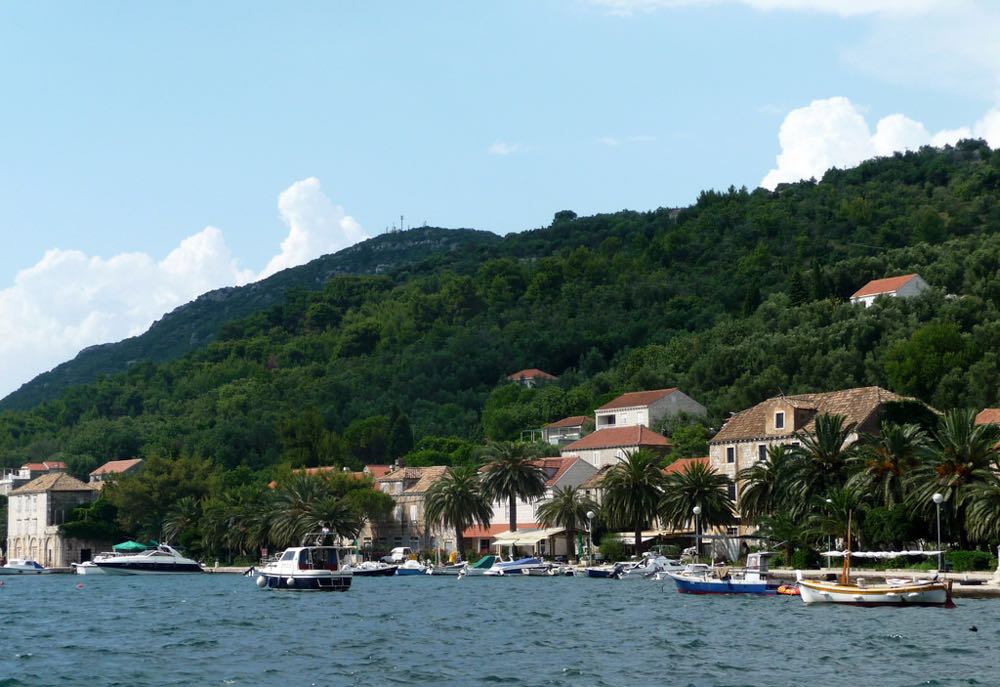 The largest island in the Elaphiti group, Šipan lies about eleven miles to the northwest of Dubrovnik and is home to 500 permanent residents. Two quaint villages, Šipanska Luka and Sudjuradj, are the only urban areas on the island, separated by a lush valley home to citrus groves, vineyards and fig and olive orchards.

Šipan is well-known for its wine-making and tasty traditionally cooked seafood. Easily reached from Dubrovnik by ferry, it’s surprising that this small Croatian island doesn’t receive more visitors. That’s all for the best, though, for those people who do visit. The island’s tranquility is what makes it such a great destination. 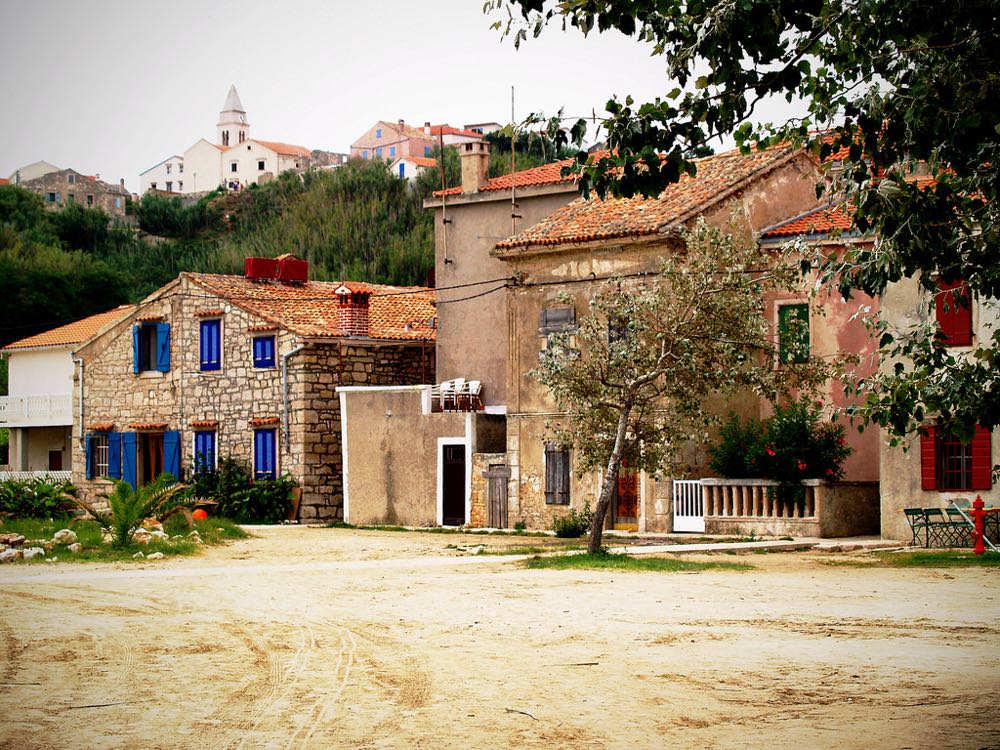 Although it has gorgeous beaches and a fascinating folk tradition, Susak has remained off the main tourist radar because it’s rather difficult to get there. The island lies in the Kvarner Bay, to the southeast of Istria. It’s one of the islands furthest from the Croatian mainland.

A large part of the island’s population emigrated in the mid-20th century during the Istrian Exodus, most of them to the United States. Nowadays, there are about 200 permanent residents left, many of whom speak a distinct Susak dialect, which is understood by practically no one else in Croatia.

The island has no roads, no nightclubs, and few tourist facilities. Instead, this mysterious island consists of only one village, dusty hiking trails, vast fields filled with oregano plants and sandy beaches. 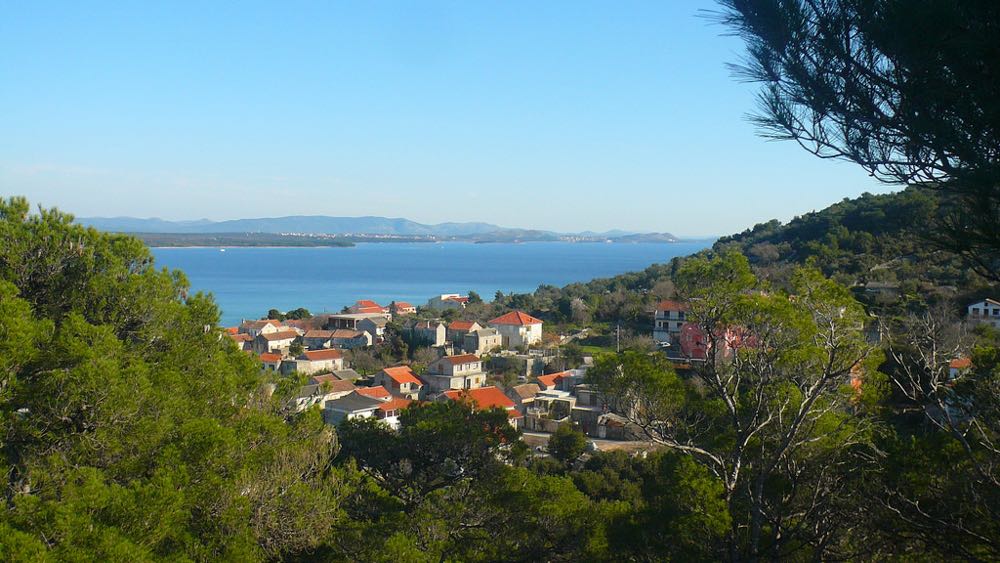 Pasman is another island in the beautiful Zadar archipelago and is separated from the mainland by the Pašman Channel. About a dozen villages and settlements dot the island while expansive forests cover the hinterland and beaches line its coastline.

This is a fantastic place to spend a few days quietly contemplating and reading a good book. You can get there incredibly quickly by ferry. Main attractions include a 14th-century Franciscan monastery, a 12th-century Benedictine monastery, and beautiful sea water that’s said to be the cleanest in the Adriatic. 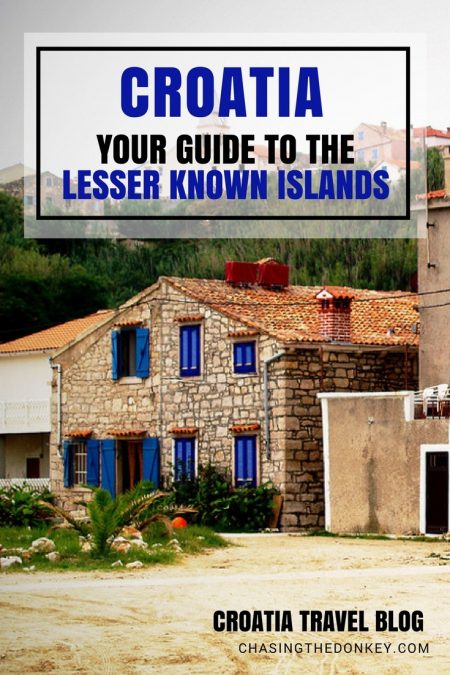 How to Book Ferries in Croatia

Want to now head off on your island adventure? Check times and costs here.