This post is brought to you by Morena. We know Morena for over five years. Morena is involved with Istria Inspirit, interesting project promoting Istrian myths and legends to visitors to Istria. Here is her story!

Three years ago I decided to start a new adventure in my life. I decided to leave my job and life in Zagreb and to turn a new page in my life. I didn’t know where I would go; I just knew it was time for a change. An invisible rope brought me back to my hometown of Pula.

A friend of mine along with a group of local enthusiasts started a project called ISTRIA INSPIRIT.

The idea behind the project was to reveal the hidden world of Istria, and to share untold stories, myths and legends from this beautiful Croatian region. I was “in”!

I’ve met the rest of the crew at their first official presentation held at Vinistra in Poreč in 2012. We became inseparable since then.

So what is Istria Inspirit?

Istria Inspirit events reinvigorate people and cultures of Istrian past. They take place in superb locations. They bring various entertainment and dance performances. And they often include a yummy dinner based on traditional Istrian dishes.

How it all came to life?

We’ve simply been a group of enthusiasts with an idea and a passion to share Istrian myths and legends in an entertaining way through various performances. Luckily Istrian Tourist Board, Region of Istria, and Istrian Tourism Development Agency recognized and backed up this idea. And the project could take off.

Savudrija Lighthouse is a perfect setting for an Istria Inspirit Event

We were just a group of crazy and passionate people who lived the project at their fullest. We had to attend the events during the evening most of the time in different locations of Istria… The first season was ambitious – we had 27 performances on 9 locations in Istria. I had the chance to discover so many places in Istria where I haven’t been before that (shame on me) i.e. the lighthouse in Savudrija or the coal mine in Raša near Labin.

What kind of events to expect?

The Castle of Pazin was a perfect backdrop for Jules Verne’s story on Matthias Sandorf and his escape from the castle. Costumes and setting transferred us to the times of Austro-Hungarian Empire. 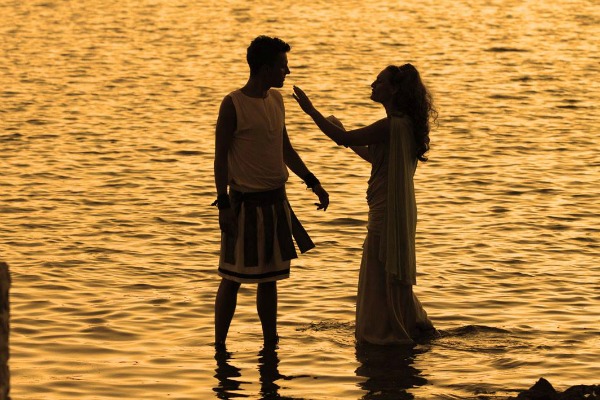 Another event, tells a tragic story from Roman times on the archaeological site of Vizula in Medulin. The setting is superb, and you can enjoy one of the most beautiful sunsets at this part of the peninsula. As a part of this event, you’ll be able to taste some of typical roman dishes (yes, based on ancient recipes!).

And for all who enjoys a fishing history of Istrian coastal towns, we’ve created the Spacio event that takes place in Rovinj. It gives you a glimpse into a life of Rovinj’s fishermen. The event starts with a ride in a traditional fishing boat – Batana; and ends in a Spacio, a local tavern, where you can taste a typical meal. 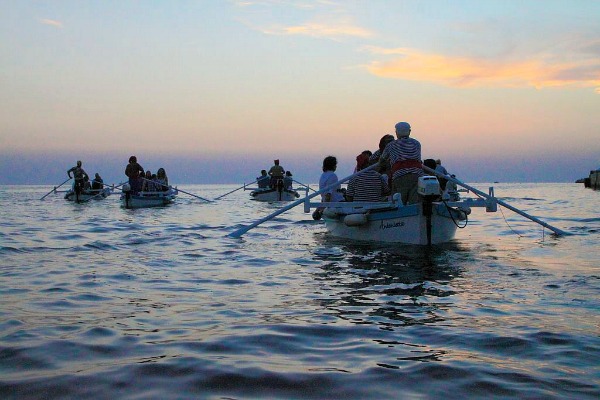 In Porec all the performers wear baroque costumes and all the visitors, for the moment, can believe they are part of this magical world when nobles walked the streets of Poreč and danced.

In Buzet, our event Buzet po starinski (Old Style Buzet) recreates the traditional way of life in this part of Istria. It revives the way our ancestors lived: the way they washed their clothes, the way they baked their brad, games they played, and dances they performed. This is one of the best experiences a visitor to Istria can bring back home. And believe me, a warm bread with homemade Istrian prosciutto tastes yummy. 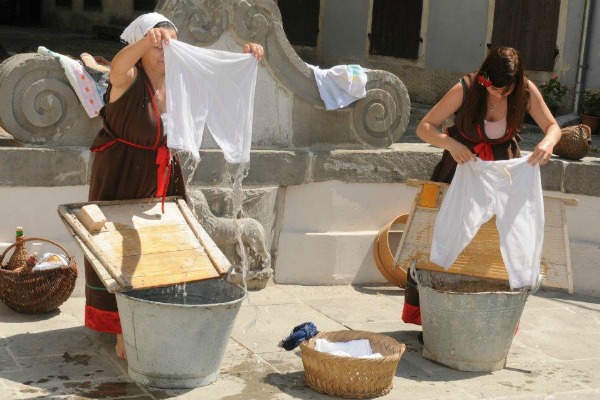 One of my favorite events is Mare the Witch. It takes place in Svetivinčenat. It transfers you back in the Middle age with knights, jugglers, actors and presentation of old craftsmanship.

Each and every event tells the story in an interactive and different way; and performers, many of them professional actors, take you to a specific historical period in Istria.

What happen to my decision to change my life?

Well, after that first summer I couldn’t imagine myself going back to Zagreb. It was a hard decision to make but at the end I decided to stay with a team and develop a project which really matters for the tourism and culture not only of Istria but also of Croatia. 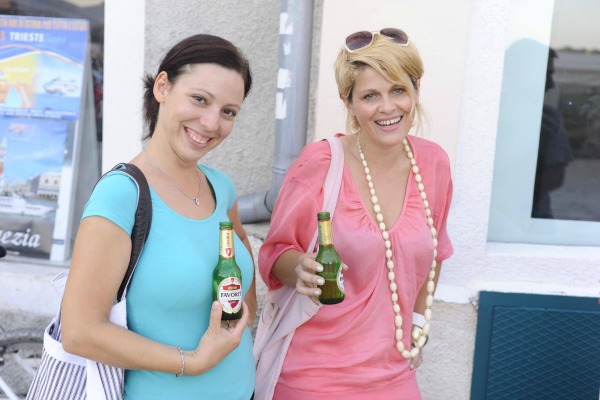 We also have fun … lots of fun

I think I made a good decision. My part of the job is promotion, marketing, and public relations. I really hope that with this article I transmitted you at least a bit of our energy that we live every single day and convinced you to visit some of our events.

All photos are courtesy of Istria Inspirit.