A woman onboard American Airlines flight AA329 from Dallas to Minneapolis this morning died in the lavatory.

A passenger seated near her said she went to the bathroom “about halfway” into the scheduled 2 hour 23 minute flight. 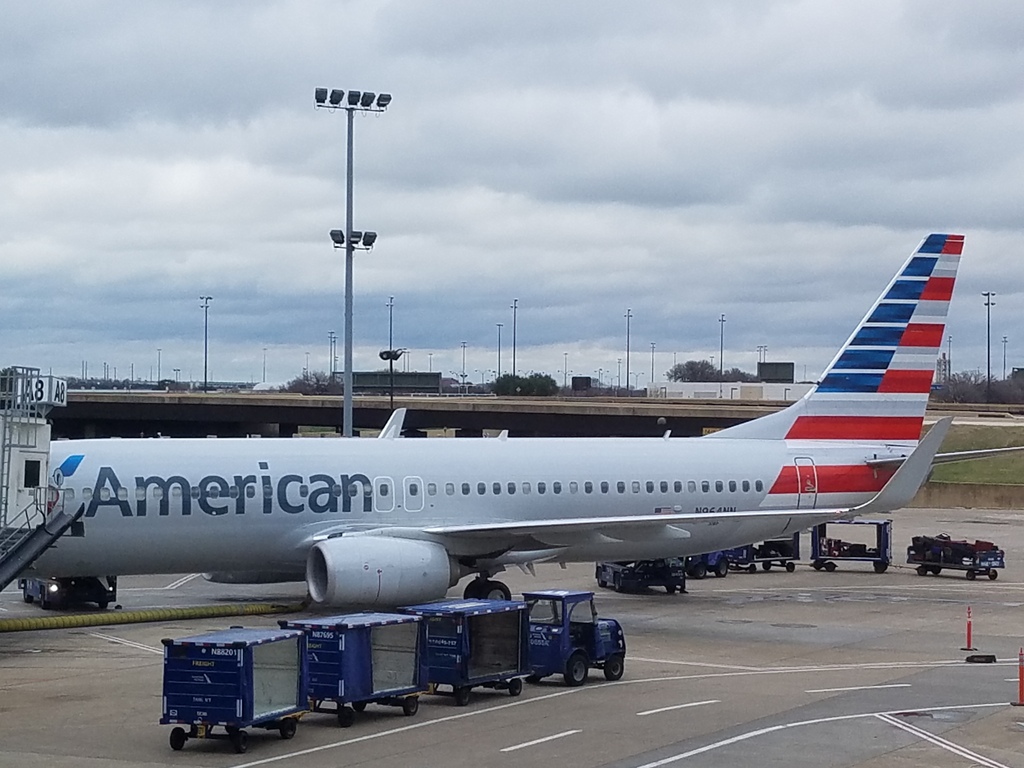 During landing preparations, flight attendants discovered that there was someone still in the lavatory. When there was no response to their knocks, they opened the door and found the woman. An announcement was made for a doctor or nurse who could assist, and one of each responded and attempted to resuscitate her using the onboard defibrillator.

On landing, emergency medical technicians boarded the plane while the rest of the passengers were asked to remain seated. That’s when they “dragged the lifeless body of a half-naked woman from the back of a commercial airliner and down the aisle for many people aboard to see…” She was unclothed from the waist down.

Art Endress was on the flight and said an emergency medical technician (EMT) came aboard with other responders and removed the woman from the back and had her by the hands as he “dragged her down the aisle” as she was faceup and naked from the waist down.

“The EMT was out of line on that one,” said Endress, 63, of Dallas. “Also, the flight attendants could have thrown a blanket on her” as her body went past many of the 150 or so seated passengers and off the aircraft, Endress added.

According to an airport spokesperson, though, the emergency responders “were focused on trying to save her life and get her in the jetway, where they can continue to try to resuscitate her.”

Unfortunately people do die on aircraft. Often they cannot be pronounced dead until landing when a medical authority can do so. If there are no empty seats on the aircraft, there’s little that can be done besides placing them back in their seat (although if there are empty seats, they might be given an empty row to themselves or if no empty row surrounding passengers could be moved). In the event of an emergency and right before landing, the focus is on saving the life… not dressing the woman or returning her to her seat.