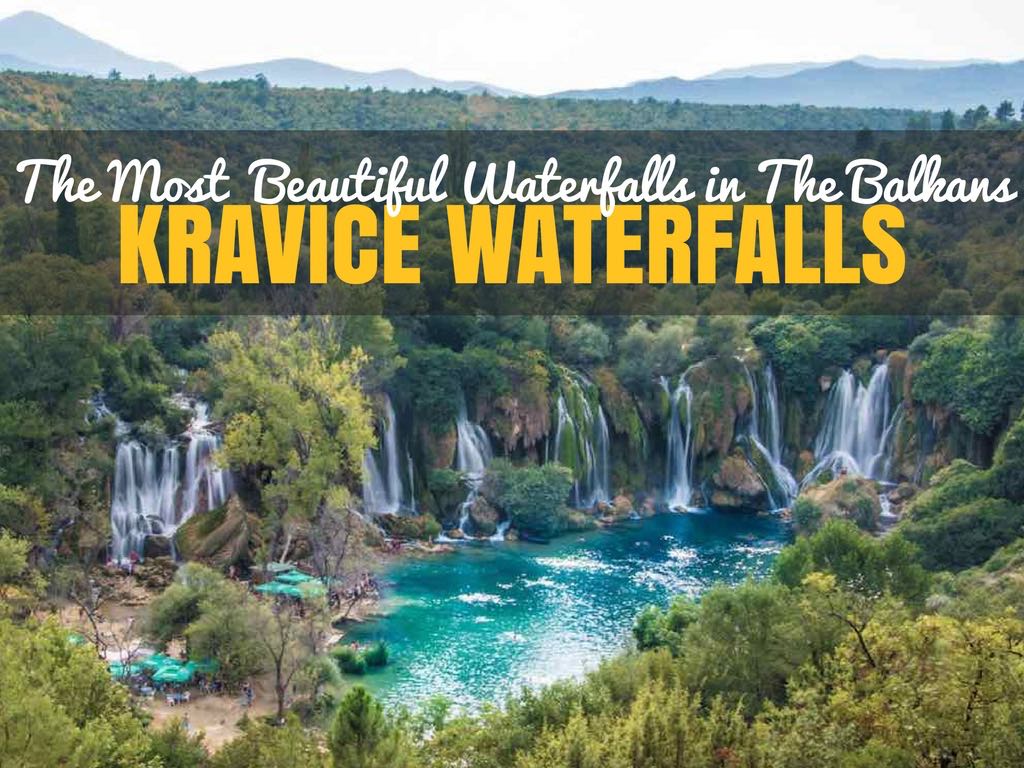 Written by Robert Schrader from Leave Your Daily Hell.

The Balkans’ most beautiful waterfall isn’t the one you think.

I had a health scare at the beginning of my trip to the Balkans last year, so I didn’t get a chance to visit Plitvice Lakes National Park when I was in Croatia, as planned. I relayed this information to the friendly couple who runs Villa Tajra in Mostar, as we were getting to know each other over my welcome tea—people in Bosnia have a way of making you feel like family.

“You know,” the woman said, “there’s a pretty amazing waterfall not far from here.” She proceeded to describe Kravice waterfalls, a natural area about 40 km from south of the city.

This, on its own, didn’t surprise me. Bosnia and Herzegovina is an incredibly beautiful country, a land of lush mountains and rolling fields crisscrossed by crystal clear river and charming towns. What shocked me, however, was how she suggested I get there.

“You think I should rent a car?” I gasped as I tried to get a confirmation. The Balkans are famous for crazy drivers, after all, as they are for their nature and kind people.

She nodded and picked up her phone. “I’m calling our friend right now. He’ll have the car here in less than an hour.” 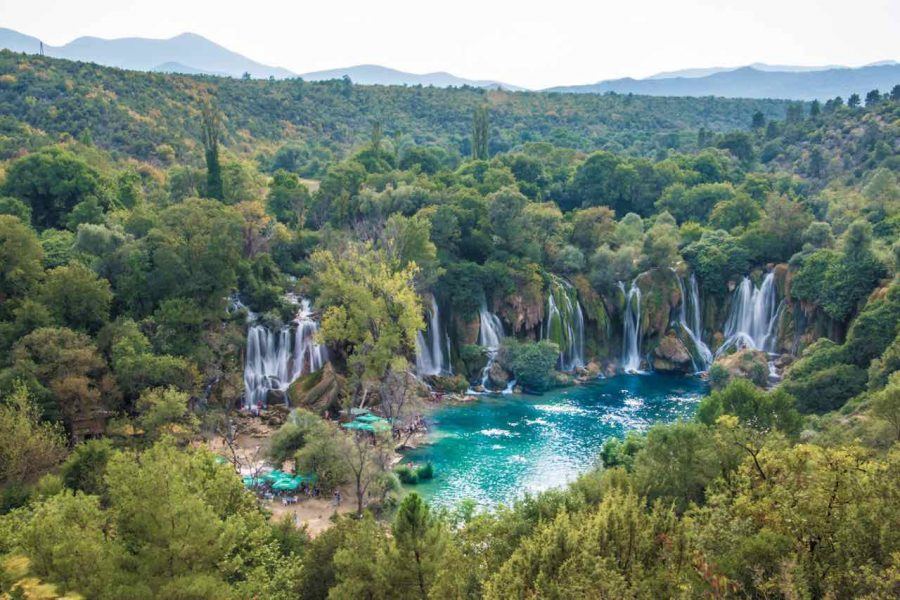 I can’t lie: I was incredibly nervous as I began driving out of Mostar on the E73 motorway, and not only because the “semi-automatic” transmission of my compact car felt more like a manual one. Within about 20 minutes, however (I got turned around more than a couple times), I was cruising along—and getting excited.

The landscape of southern Bosnia, you see, is karstic—the dramatic limestone mountains that rise out of the earth here aren’t unlike the ones you see in Southeast Asian nations like Laos and Thailand, even if the vegetation is a bit less tropical.

I felt anxious as I passed each of the charming villages along the Nereveta River (the same one that runs through Mostar), wondering if I should stop off and have a chat with the locals, but ultimately feeling like my priority was to reach the Kravice waterfall.

Things to Do in Kravice 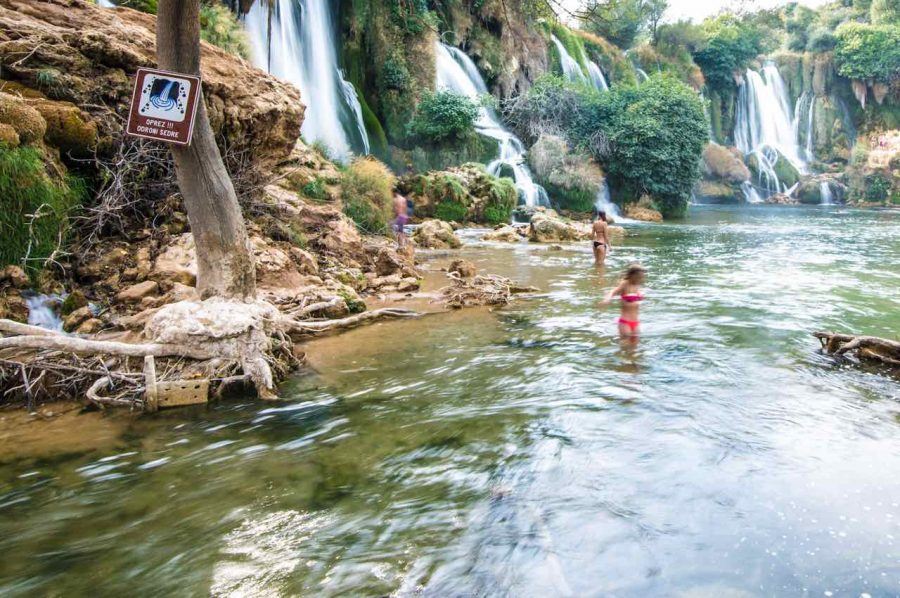 The first thing I realized when I got there is that the place is technically called “Kravica.” This is a small detail, of course, given that locals don’t make a big deal of correcting tourists like me.

The second thing I realized is that I should’ve parked closer and taken the shuttle bus—the main falls and swimming area are about a 20-minute walk from the entrance, and while the nature is beautiful, it’s also extraordinarily hot. 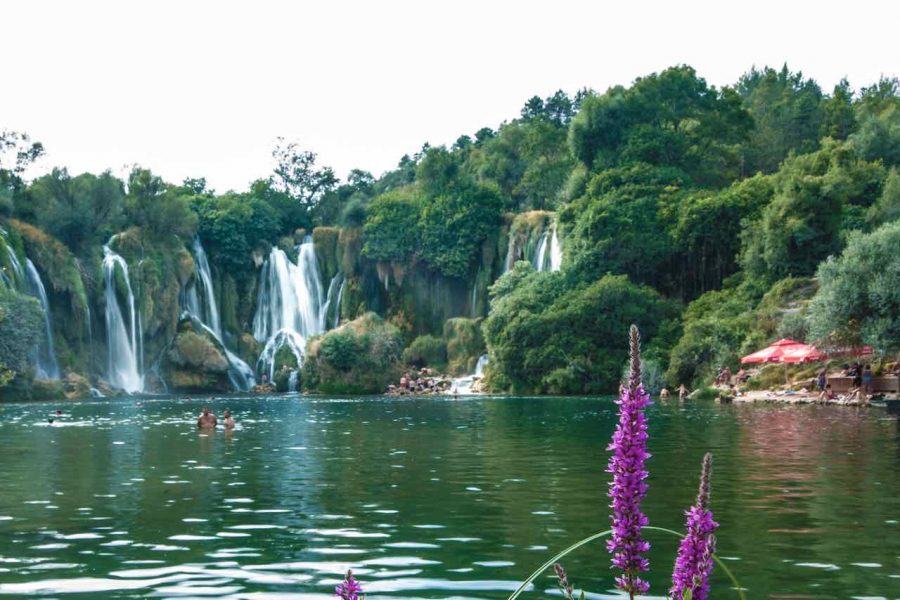 I was certainly happy to see so many vendors selling ice-cold Sarajevsko pivo (and other Bosnian beers—I don’t choose sides!) when I got to the bottom.

Beer also helps you to relax, which is an essential part of having a good time at Kravice. There isn’t a lot to do here besides drink, swim and get sun, even if there is a viewpoint of the falls about 15 minutes up the hill from the swimming area (importantly, in the opposite direction from the parking area).

Other Ways to Get to Kravice 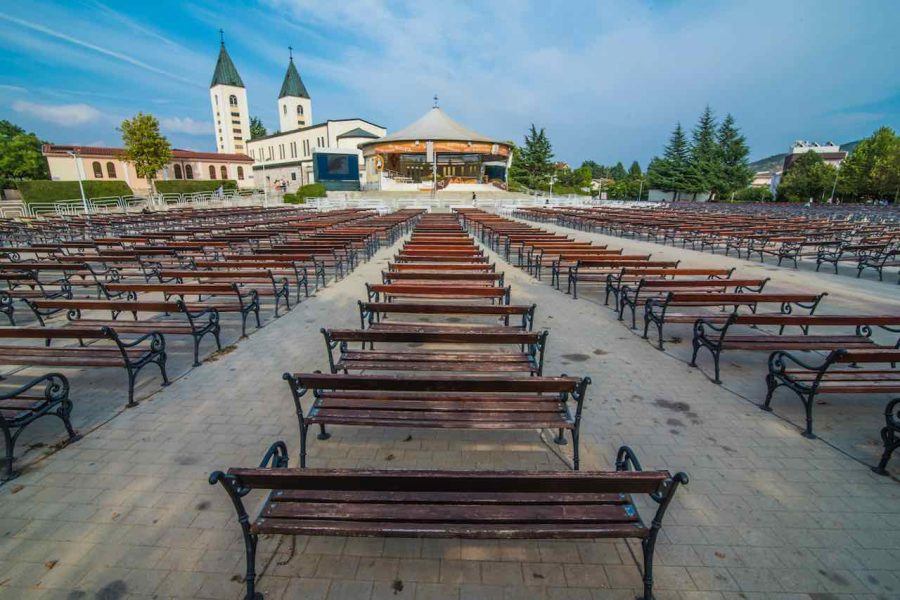 You don’t have to drive your own car to get to Kravice, although doing so gives you the freedom to stop along the way when and where you want. From the villages I mentioned earlier in this piece, the city (and popular Catholic pilgrimage site) of Medjugorje, or a number of other natural and cultural attractions, there are a lot of things to see between Mostar and Kravice!

On the other hand, there is no public bus service to Kravice, which means that hiring a taxi is basically your only other option. This might be a good option for you if you’re as scared of driving in Bosnia and Herzegovina as I was, but don’t have as persuasive a guest house owner as I did.

Hiring a taxi or private transfer is also more expensive than hiring your own car (around 70 Bosnian marks vs. 150 or so) although if you have multiple people it might not make much of a difference. Entry to Kravice itself costs 4 KM (before adding in beer!).

Kravice was so beautiful that I completely forgot about having missed out on Plitvice Lakes, although I did end up going there when I returned to Croatia—Kravice is more beautiful if you ask me, and certainly less crowded. If you’re looking for awesome day trips to take from Mostar, hire a car (or a driver), and make your way southward to gorgeous Kravice!