Beyond the Rides: 7 Things to Do at a Theme Park if You’re Not a Thrill-Seeker

If 100-foot drops and 360-degree corkscrews aren’t your idea of a good time, you may not think there’s much for you to do at an amusement park. (Perhaps you’ve only reluctantly visited them with adventurous friends or family members.) But there are actually plenty of ways to stay entertained even if you’re not into thrill rides: Many theme parks are stepping up their games with delicious food, high-quality shows and other not-at-all-terrifying activities. While your friends are waiting in line after line (or when they’re ready for a break), try these other fun theme park activities. 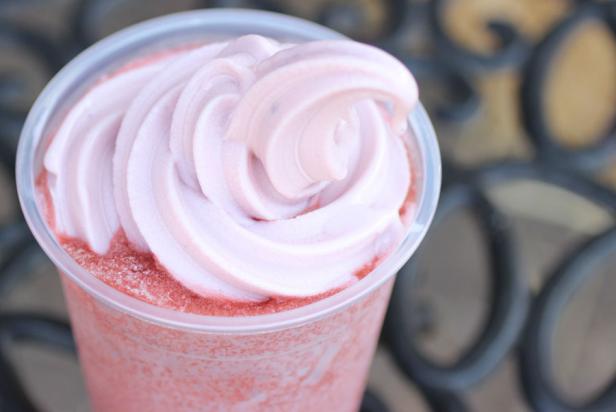 You could easily spend an entire day sampling delicious foods you can’t get anywhere else at many theme parks. Before your trip, do some research on the park’s signature snacks. A trip to Knott’s Berry Farm, for example, isn’t complete without some sort of boysenberry treat (like this refreshing Boysenberry Icee). When you need a more substantial meal, many parks offer surprisingly creative cuisine right on the property or nearby. Disney Springs in Orlando is particularly well known for its one-of-a-kind restaurants. 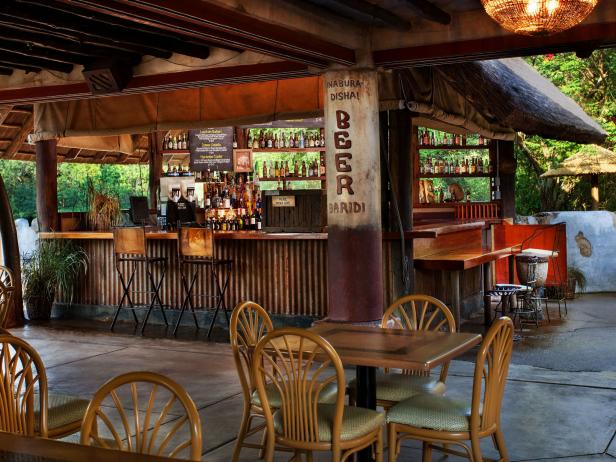 After several hours of standing in the hot sun, there’s nothing better than a cold beverage. Many theme parks are branching out from kiddie drinks and serving craft brews and specialty cocktails. Take a break in the shade and try an African beer or wine at Animal Kingdom’s Dawa Bar. 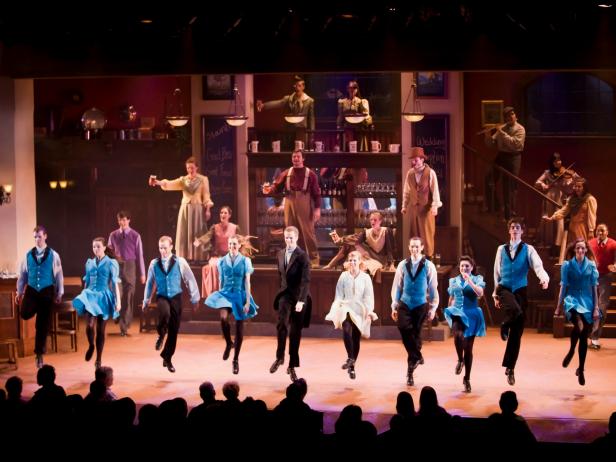 From fireworks extravaganzas to riveting stage shows, many theme parks offer entertainment you don’t want to miss. Celtic Fyre, a dance show celebrating Irish culture, is one of the most popular performances at Busch Gardens Williamsburg. Consider paying the extra $5 for reserved seating. 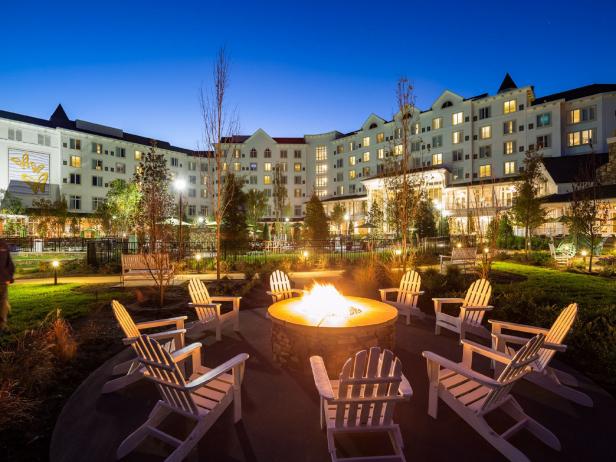 Kick back and relax at Dollywood’s DreamMore Resort in the Great Smoky Mountains of Tennessee.

If you need a little break from the excitement of the parks, you may find that your hotel has almost as much fun to offer (but with fewer crowds). Guests at Dollywood’s DreamMore Resort can enjoy family-style dinners, storytimes, children’s play areas and a family game room. Camp DW keeps kids entertained when the park is closed with nature walks and arts and crafts. 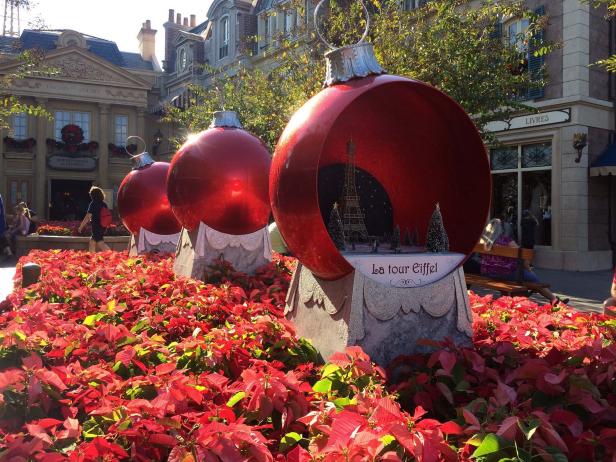 France Pavilion at Epcot During the Holidays<br />

Enjoy festive decorations and seasonal foods during the holidays in each of Epcot’s 11 country pavilions in the World Showcase.

If you find yourself at a theme park during the winter months, there’s bound to be plenty of holiday festivities to keep you busy. Walt Disney World, in particular, goes all out. At Epcot, you can experience the holidays around the globe in the World Showcase area: Watch a traditional Feliz Navidad celebration in Mexico, or celebrate Three Kings Day near World Showcase Plaza. Plus, check out festive decorations in every country, like these fun giant ornaments in France. 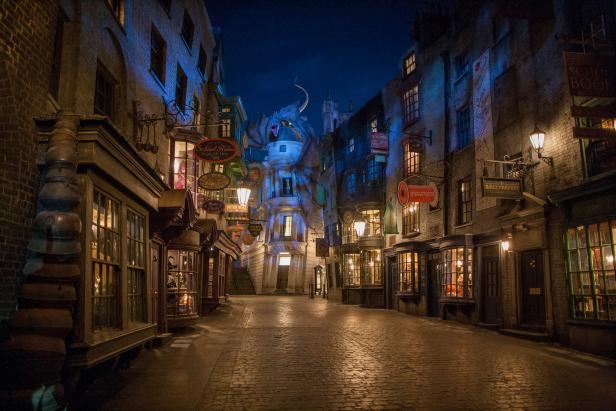 When you’re not spending your time waiting in lines, you can find all the hidden gems that others often overlook. At the Wizarding World of Harry Potter, for example, don’t miss the talking snake at the Magical Menagerie in Diagon Alley, and be sure to dial 62442 (MAGIC) in the phone booth just outside of King’s Cross Station.

Go Behind the Scenes 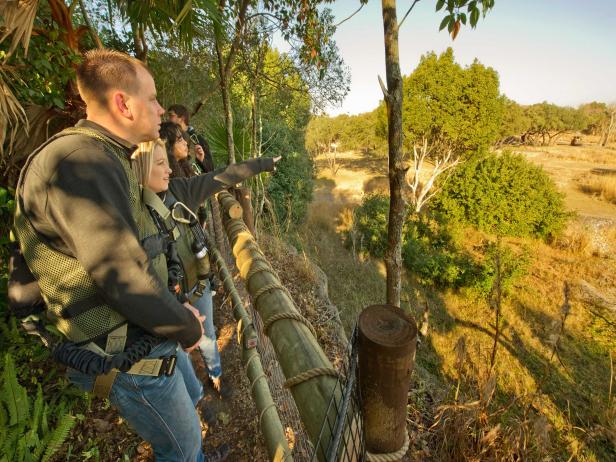 Embark on a Wild Africa Trek

Venture off the beaten path at Disneyâs Animal Kingdom during a new, immersive, add-on experience, Wild Africa Trek. Small groups of adventurers take off on personalized, guided excursions that include a bushwalk through unexplored areas of the forest and in customized vehicles across an animal-filled savanna. On these expert-led treks, extended time is spent observing and learning about the wildlife. For a limited time, Disneyâs Animal Kingdom guests can enjoy a $50 discount on treks when booked for 11:45 a.m. or later. Reservations for Wild Africa Trek (ages 8 and up) can be arranged by calling 407/939-8687. More information: Disneyworld.com/trek (Kent Phillips, photographer)

For an extra fee, some theme parks offer special tours with behind-the-scenes access to the park. If you love Kilimanjaro Safaris at Animal Kingdom, you’ll want to sign up for the three-hour Wild Africa Trek. Step outside the Jeep for a guided walk along the savanna and an up-close look at the majestic animals.