5 Tips for Avoiding and Dealing With Bedbugs While Traveling

Bedbugs have existed since the beginning of time, and spread around the world by hitching rides. British colonists unwittingly introduced the pests to the U.S., where they continued being a nuisance until the ‘40s or ‘50s, when the pesticide DDT decimated their numbers. But then DDT was banned in the ‘70s and global travel increased, partly explaining why bedbugs have rebounded as a modern scourge. Bedbug numbers have only been increasing in recent years, and a National Pest Management Association (NPMA) survey found that one in five Americans indicated that they either dealt with bedbugs at home or in a hotel, or knew someone who did. Compounding the problem is the fact that bedbugs are difficult to eliminate for a number of reasons: they can survive for months without eating (as a parasite, they feed on blood); they’re experts at hiding in hard-to-reach locations; and they’ve developed quite the tolerance for pesticides. 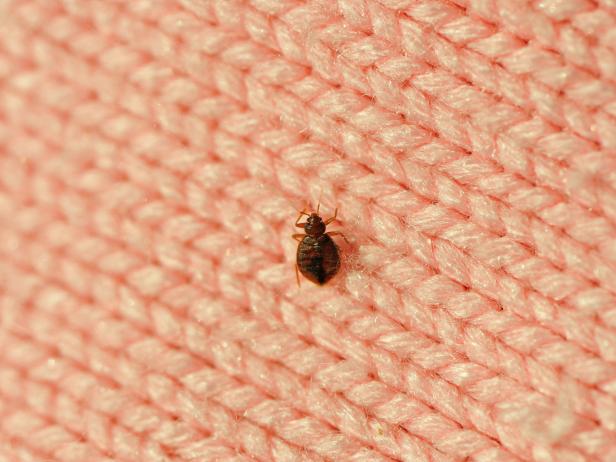 So what’s a savvy traveler to do? Read on for our tips on how to check for bedbugs in your hotel room, and what to do if you spot one (or more).

Do your research before booking a room.

Every year pest control company Orkin releases a ranking of top 50 bedbug cities based on its service requests. Chicago grabbed the top spot for 2015, while New York, Washington, D.C. and Los Angeles were in the top five. Unfortunately there’s no definitive way to know whether or not a hotel has a history of bedbugs, but the Orkin ranking helps to narrow down whether or not a city you’re visiting is experiencing an outbreak. From there, reference sites such as TripAdvisor or Twitter, which are filled with bedbug warnings. There’s also The Bedbug Registry, a public database for reporting bedbug issues in hotels and apartments. The only caveat with online information is that it’s difficult to discern which claims are substantiated, and even though a hotel might have had a bedbug incident in the past, that doesn’t mean it currently has one.

Inspect your room before unpacking your luggage.

As soon as you enter your room, Kevin Hathorne, Technical Director at Terminix Service, Inc., advises placing your bags on a luggage rack or in the bathroom—not on the bed or floor—until you’re finished inspecting. Start with the bed, and use a flashlight to check the headboard (and behind it), along with the mattress seams. Adults are wingless, reddish-brown, oval-shaped and the size of an appleseed, while young bedbugs, or nymphs, are smaller, white and tear-drop shaped. Even if you don’t see bedbugs, Hathorne says tiny spots of blood on the mattress or sheets can be an indicator. Black spots are another clue, and Hathorne says it’s common to find them around areas where bedbugs tend to hide. He also recommends checking upholstered furniture and curtains, since bedbugs have a penchant for hiding in crevices and on fabric. Even if your room appears bedbug free, Hathorne says it doesn’t hurt to either hang up your clothes in the closet or store your suitcase on top of the dresser. Pros also recommend a hard-shell suitcase, since bedbugs can’t cling to it like fabric ones. Travel Channel expert Rob Pralgo discusses the merits of ThermalStrike as bedbug-proof luggage in this video.

Alert the front desk if you find bedbugs.

Since the critters can be hard to spot, the most telltale sign of their presence are itchy red welts on exposed skin. If that happens, contact the front desk (or host if you’re staying at an Airbnb) to discuss next steps. If you’re staying at a hotel, responsible management should offer you another room, but avoid neighboring rooms, whether next-door or directly above and below. “If there’s a pretty significant infestation, there’s a good chance they’ve wandered into another room,” says Hathorne. Due to their tiny size, bedbugs have the ability to crawl through pipes, ducts and even conduit lines, including phone, cable and electrical lines. Every hotel has its own bedbug protocol, but you can always call ahead to learn how a particular lodging handles the situation. In the event management is uncooperative, stay somewhere else if possible.

If you suspect your clothes were exposed to bedbugs, place them in sealed plastic bags before packing. Once home, Hathorne advises washing everything in hot water and then drying on high heat. For items that can’t be washed in hot water, such as shoes, place them in the dryer on the hottest setting for 30 minutes. If you have a soft-shell suitcase, scrub it with a stiff brunch, vacuum every inch of it, then empty the vacuum-cleaner bag into a sealed trash bag before using it again. Hathorne also suggests using a hair dryer on your suitcase; it may not kill them, but it would expose them. Call a professional exterminator in the event they spread throughout your home, since common pesticides, including bug bombs, don’t work. The reason is twofold: Hathorne notes that their thick exoskeletons have made them resistant to chemicals, and, like spiders, bedbugs walk on their toes, so they don’t absorb as much of a lethal dose as flat-footed cockroaches would.

For example, while bedbugs are often associated with dingy motels, their presence isn’t limited to dirty environments, and they’re just as likely to hitch a ride on Louis Vuitton luggage to five-star accommodations. Another misconception concerns diseases; Hathorne notes that while bedbugs may induce psychological trauma, that’s the extent of what they cause. Research has shown that bedbugs do carry diseases, but as of now there’s no proof that they actually transmit them to humans. Finally, in the worst-case scenario that bedbugs traveled home with you, don’t think you have to burn or toss all of your belongings in order to get rid of them. “Just throwing out items is not going to get them under control,” says Hathorne. “They’re tricky little buggers.” The good news is that many pest control companies employ heat treatments as part of the elimination process, sparing your belongings (and more importantly, your sanity).