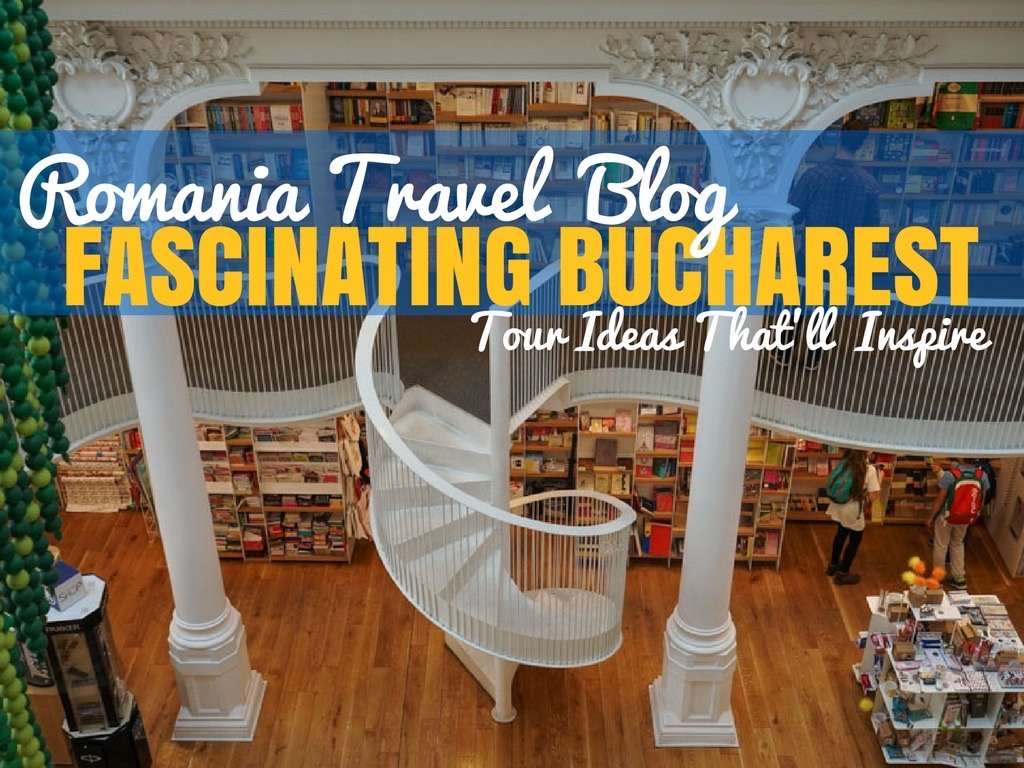 Written by, Katie Mathews from wandertooth.com

My husband and I first visited Bucharest back in 2014, spending a month getting to know a city that, at the time, felt like it was on the verge of something big. When I had a chance to return to Bucharest in the spring of 2017, I jumped at the chance. I was excited to see if our assumptions had been correct and if Bucharest was, in fact, a city set to become the next it destination in Europe.

I wasn’t disappointed. Today, it no longer feels like Bucharest is on its way to becoming the next big thing; it feels like it’s already there. The thing is, most people don’t know about it yet, making now a prime time to visit.

It’s a city that’s both cool and refined, but not particularly gentrified. You’ll find pieces of that international, hipster aesthetic in cafés across the city, and clubs that could rival those in Belgrade or Berlin. But it’s also a city with a lot of depth, something the city’s tour operators aren’t shying away from.

Bucharest’s grit — the not-so-glamorous parts that make the city fascinating for culturally curious travelers — are on full display here. With a little effort, those looking for a meaningful cultural experience can learn how the long, harsh road Romania walked in the 20th century still shapes the country today; meet the young entrepreneurs who are changing the city at record speed; or chat with activists that are changing the city’s culture and politics for generations to come. Bucharest Tours: Bucharest From Above

During my five days in the city, I packed my time with cool cafés and rooftop bars, to be sure. But I also signed-up for tours that gave me greater insight into who and what Bucharest is today, and where it’s going.

If you make the (very wise) decision to go to Bucharest, I suggest you do the same. Here’s where you should start.

Bucharest Tour #1: See Bucharest’s Streets with a Formerly Homeless Person as your Guide 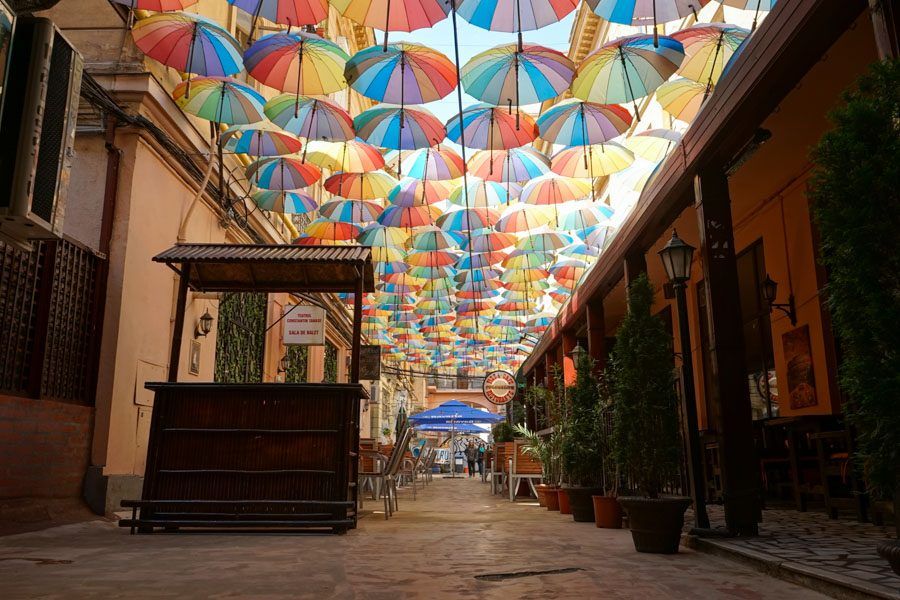 That’s the minute I realized I was invisible, says B.*, describing the time he was arrested, beaten and electroshocked by the police until he confessed to a crime he didn’t commit.

That’s when I realized people don’t trust the homeless.

I’m on Urban Adventures’ Bucharest Outcast Tour, and our guide is telling us about his former life as a homeless person on Bucharest’s streets.

Standing in front of the National Theatre, we see beyond the iron sculpture to the grass B. used to sleep on with other teen runaways. In University Square, we look past the sweeping space and European architecture to the place he used to beg for money. And surrounded by the blocks of ugly, concrete housing flats just outside of Old Town, we see the place his life began to change when a resident offered the gift of trust to the homeless person squatting in his building’s stairwell.

The Outcast Tour offers a new way of seeing Bucharest, to say the least, but also a new way of thinking about Romania and its communist past; about homelessness and the people behind it; and about tourists and the gentrification that often come along with it.

A must-do for socially conscious travelers.

Take the Tour: The Bucharest Outcast Tour is organized by Urban Adventures, in partnership with the not-for-profit Parada Foundation, with all net proceeds going to support this local homelessness charity. The tour lasts 2.5 hours.

*The guide’s name has been changed to protect his privacy, as he still faces stigma about his past.

Bucharest Tour #2: Learn Why ‘Gypsy’ is a Pejorative Term, and Meet the Romani Activists Fighting to Change Perceptions 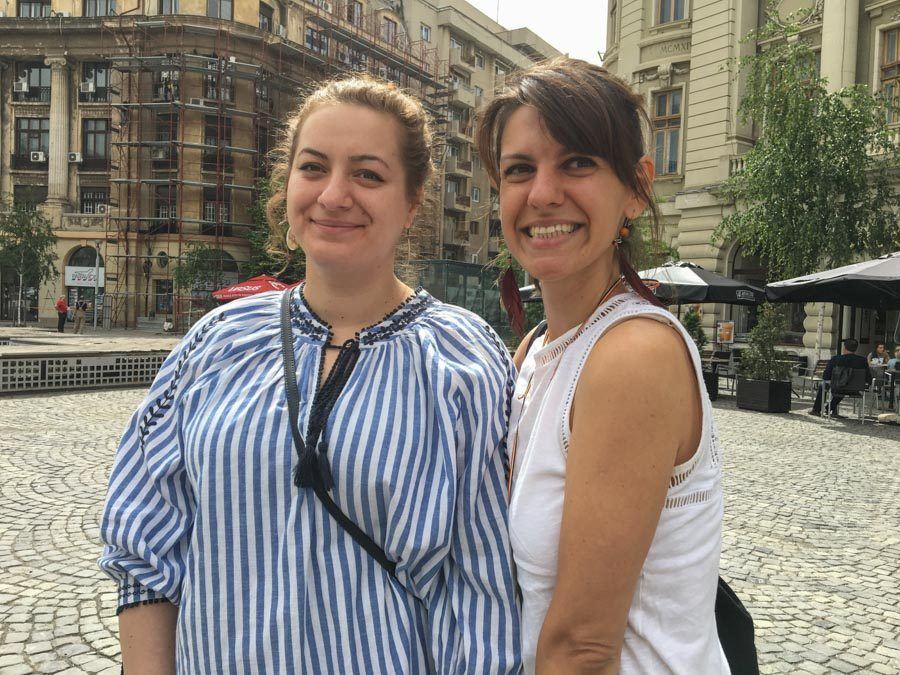 Which one of us do you think is Roma?, Livia asks our group, draping her arm around Ana’s shoulders after we’ve come to a stop in University Square.

Livia, with her dark expressive eyes and olive skin, fits my stereotype of how Romani people look almost perfectly. Next to her, blonde, green-eyed Ana does not. And yet, it’s Ana who is Roma on this tour, not Livia. 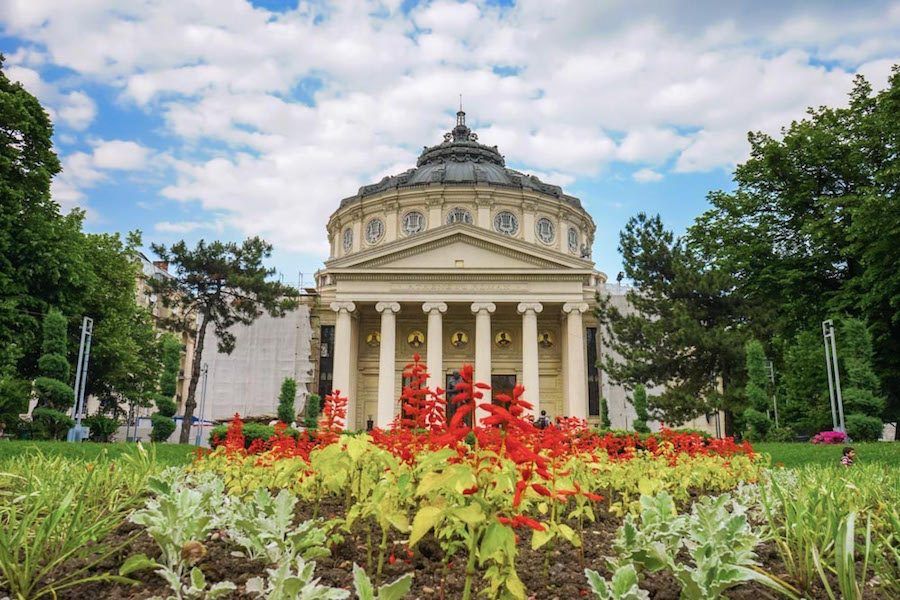 And that, really, is the point: we’re all shaped by our unconscious stereotypes, and sometimes it takes a bit of work and human connection to realize how wrong we are. That’s what Bucharest’s Roma Heritage Tour is all about: introducing us to the history, culture, and people that make up Bucharest’s Romani community. And it’s an eye-opening several hours.

From the heart of Bucharest’s picturesque Old Town to one of the poorest neighborhoods in the city, Livia and Ana tell us about the history of Roma people in Romania over the centuries. We end the tour with a delicious lunch at the city’s Roma Museum, surrounded by academics, politicians, and activists that are shaping the community’s future, and reshaping the perceptions of tourists interested in learning more about this much discriminated against community.

If you’ve ever wondered about the real people behind the ‘gypsy’ stereotype, this tour is a must.

Take the Tour: The Roma Heritage Tour is a new experience launched in Spring 2017 by Open Doors Travel. 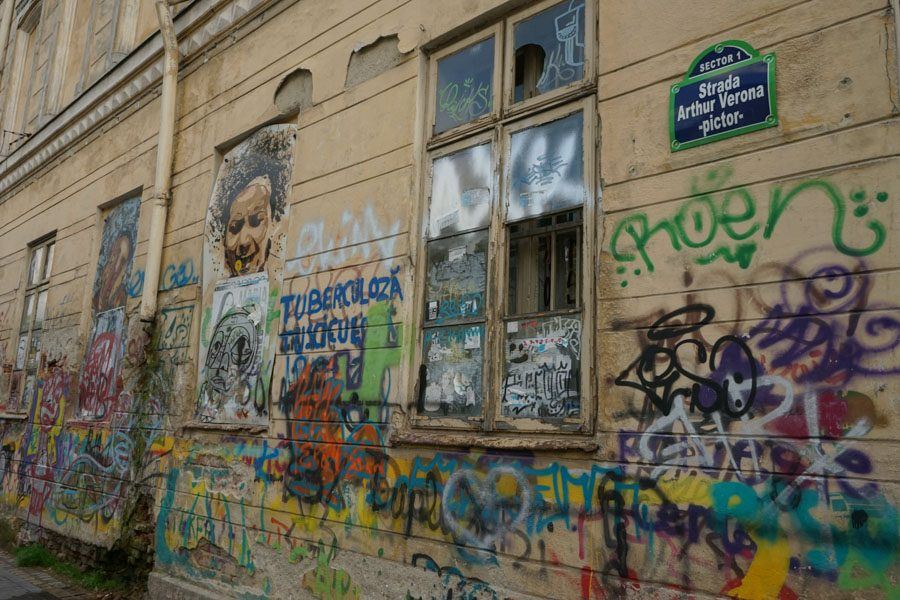 Elena, our guide, starts the tour with a rather bold claim: Maybe street art will be our salvation

While I don’t really understand what she means at the outset of the tour, she makes a strong case over the 2.5 hours we spend together, and I find myself coming around to her point-of-view.

The Bucharest Alternative Tour is, ostensibly, a street art tour. But at its heart, it’s a tour about the legacy of communism on politics and social attitudes, the overbearing power of the church on contemporary Bucharest society, and the outright and defiant refusal of Bucharest’s young people to accept their country’s recent past as a map for its future.

It’s a street art tour for people who don’t like street art (and also, those who do), because it delves into the socio-political trends behind the spray paint, and helps guests understand how artists are fighting for a juster version of their city and country.

If you want to see a hopeful take on where Romania is going in the 21st century, take this tour with Elena.

Take the Tour: The Bucharest Alternative Tour is a 2.5-hour walking tour through central Bucharest.

Bucharest Tour #4: Share a Meal or a Drink With the Entrepreneurs that are Changing the City 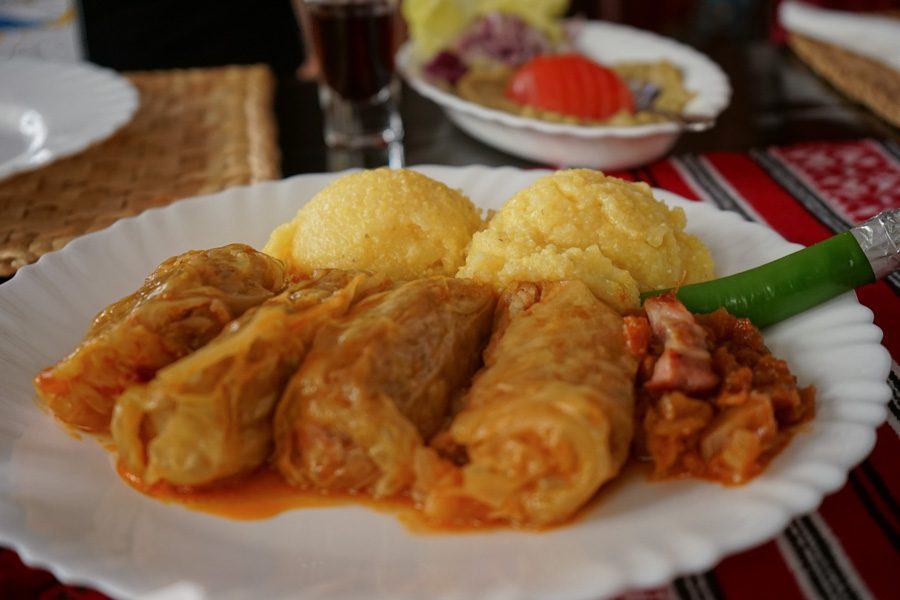 Is Romanian peasant food experiencing a resurgence? Is there a food truck culture here?

I’m full of questions, and ask Georgiana as much as I can as we sit and eat, sharing a spread of traditional Romanian peasant food on the first stop of our food tour. In between bites of smashed bean salad, platters of meats and cheeses, and a smokey and delicious eggplant spread that reminds me of baba ganoush, Georgiana responds to this question and many others. And what she says is telling.

Not now, but come back in 6 months.

That’s how fast Bucharest is changing, I realize. And it’s all happening on the backs of the young: entrepreneurs are stepping up and taking risks their parents’ generation could never have imagined under communism. They’re changing trends, creating demand, and showcasing their culture in new businesses that are popping up across the city, faster than you can visit.

Take Georgiana, for example. A former HR Director, she launched the tour we’re on — and her brand new food tour company — mere weeks ago, taking the leap by quitting her corporate life to share her passion for Romanian food and culture with visitors.

As she walks us around the city, introducing us to everything from peasant food, to aristocratic food, to Romanian wine, and the new, third-wave coffee culture that’s taking the city by storm, it strikes me: if I come back to Bucharest in the autumn, it will be a different city than the one I left in the spring.

So many visitors to Romania fly in and out of Bucharest, but barely give the city a glance on their way out of town, bound for Transylvania. This, I’m now sure of, is a mistake.

It’s a city that already has so much to offer, thanks to entrepreneurs like Georgiana, and the pace of change means visitors can only assume it will have more as time goes on. This is what makes Bucharest such a cool destination right now.

Take the Tour: The Time Traveling Tastings Tour is a 3-hour food tour covering a very manageable 2.5km/1.7mi in total, it’s a good option for those who don’t want to do too much walking, and those who are looking for a ‘first timer’ introduction to Romanian food. The tour can be booked directly via Delish Experience’s website

About the Author: Perpetually on the hunt for cheap flights, cold beers, and awesome terraces, Katie has been traveling the world since she was 16, when she somehow persuaded her parents to let her move abroad to learn the art of hygge in Denmark. Picking up a Canadian husband and a Taiwanese street cat along the way, she lives in Budapest, where she works on her travel blog, and travel-focused adult coloring books, Travel Between the Lines. Katie, Geoff, and their brands have been featured in The Washington Post, The New York Times, Business Insider, The Globe & Mail, Forbes, and more.