Well! Today, I will introduce to you the best 6 wine destinations all over the world for 2017.

London might seem an odd choice as a wine destination because it is not a wine-making center or famous for its vineyards. Although it is close to up-and-coming wine regions like Sussex where sparkling wine is the specialty, London is included here because it is a hub for wine. Berry Bros. and Rudd (pictured above) is London’s oldest wine and spirit company, established 1698. Kostrzewa explains, “If you go to a city like London, you have access to all the great wines of the world. And this year is an interesting year for London because we have Brexit happening and the pros and cons of that. One of the pros is that it has become more affordable. London used to be so expensive that it was very hard for travelers to go and enjoy all these places without having to take out a second mortgage. And it’s also a great choice for wine travelers.”

Cheap thrills: Several of the city’s most famous museums are free such as The British Museum, the Tate Modern and the Victoria and Albert Museum; witness a time honored tradition like the changing of the guards at Buckingham Palace or dip into current culture with a walking tour of Brick Lane’s diverse neighborhood; the BFI Mediathequeis a must-visit for cinephiles and the Grant Museum of Zoology is packed with beguiling curiosities like the Japanese pancake devilfish. 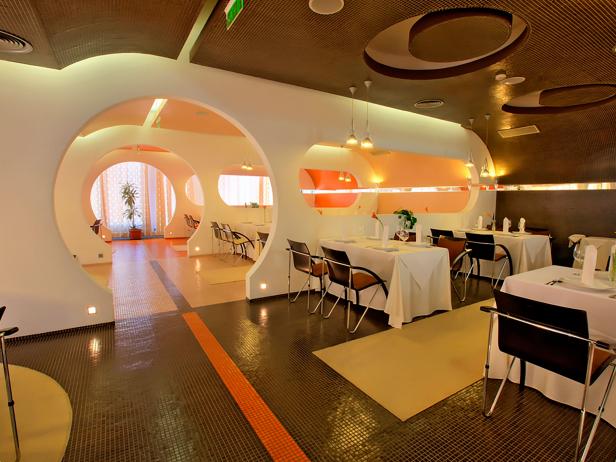 Another unusual and unexpected choice on this year’s list is the Thracian Lowlands of Bulgaria where old world culture meshes with contemporary food and wine faves likeHotel Plodvic (pictured above). One of the oldest winemaking regions in the world, the Thracian Lowlands is particularly notable for red wines made from Mavrud and Rubin grapes. When people think of Bulgaria, they often tend to think of it “as being pre-modern so they think maybe there’s a donkey pulling the cart through the vineyard or that everything is harvested by hand,” Kostrzewa explains. “That’s something that still happens in a lot of countries. Bulgaria has some of that but it also has modern machinery, modern technology and state of the art tasting rooms. The industry has really modernized. That’s why the wine is available, you have more volume and it’s generally better.”

Cheap thrills: Cycling enthusiasts will enjoy the trails and roads through the bucolic Rhodope Mountains while hikers will dig the Devil’s Bridge, a 16th century wonder, and the mysterious ancient ruins of Tatul; check out the 200 AD Roman amphitheater for live performances in Plovdiv and get a history lesson at the town’s Regional Ethnographic Museum. 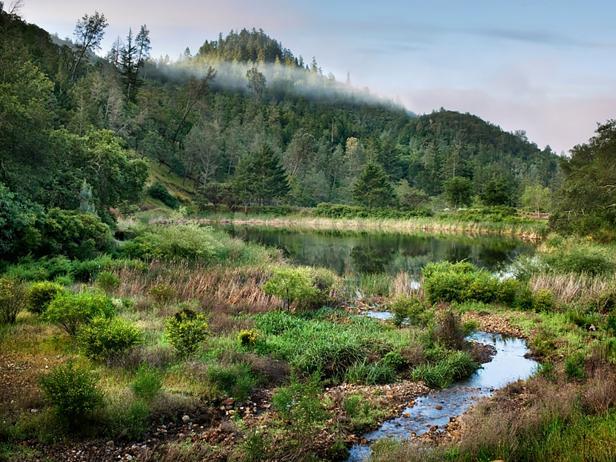 To see Calistoga on the list is no surprise since the popular resort town is situated in the Napa Valley wine region and is famous for its red wines like Zinfandel and Petite Sirah as well as whites such as Chateau Montelena. Mixing wine tasting and vineyard touring with spa activities like mud baths and massages is the rule of thumb here.

Cheap thrills: Hike the Palisades trail for spectacular views of the Napa Valley; foodies can enjoy a cooking/tasting demonstration at The Culinary Institute of America in nearby Greystone; browse the many local galleries and consider a picnic in the Bothe-Napa State Park; quirky and offbeat local attractions include the Sharpsteen Museum of Calistoga and the Petrified Forest. 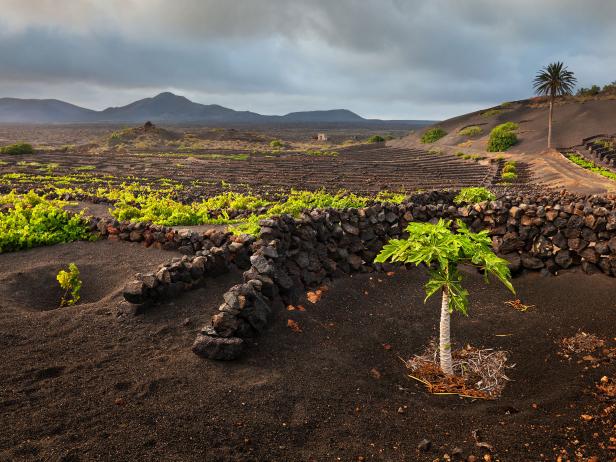 “The Canary Islands is up and coming for wine but obviously a lot of people didn’t even know that they made it,” notes Kostrzewa, who acknowledges this locale as one of the wild card picks in the bunch. Consisting of seven main islands situated off the coast of Africa, the Canary Islands offer tourists not just great wines (reds, rosés and whites) made from grapes grown in volcanic soil (black lava) but a stunning array of lush forests, panoramic sea views and picturesque mountains to climb (Mount Teide, Spain’s highest peak, features an active but dormant volcano). And there are plenty of affordable but excellent dining options, whether you are on the largest island, Tenerife, or a smaller one like Lanzarote.

Cheap thrills: Have a picnic in one of the cool, pine forests; go swimming at the rock pools in the ancient, sleepy seaport of Garachico or explore the wild, natural beauty of the mountain village, Masca (both on Tenerife); architecture buffs should check out the Cesar Manrique Foundation while hikers can get their exercise in Timanfaya National Park on Lanzarote. 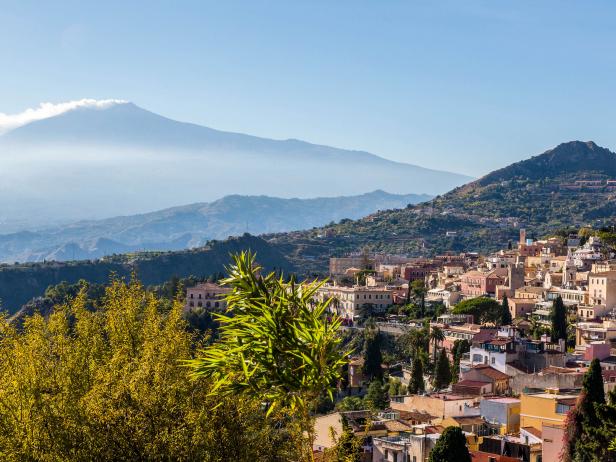 Another volcanic region that made the top ten is Sicily. “Obviously the Mount Etna wines of Sicily have become very famous, very popular and are becoming even more popular,” Kostrzewa remarks. “And those are the perfect examples of the sort of mythical, mineral driven wines that come out of that type of soil. Also, Sicily is an example of a really interesting travel destination with a great history and…has maintained its own culture, its own tone and they don’t want to change that.” Here you will find wonderful home grown creations like Grillo, a crisp white wine, and the fortified dessert wine Marsala as well as reds made from the island’s signature Nero d’Avola grapes.

Cheap thrills: Enjoy the sunny weather and pristine beaches at a laid-back resort like Mondello; art lovers need to witness the remarkable 142 step Staircase of Santa Maria del Monte in Caltagirone with its beautiful, hand-decorated ceramics and then admire the work of local artisans at the Museum of Ceramics. Sample delicious and inexpensive street food from the neighborhood markets of Ballaro, Capo and Vucceria in Palermo; visit the Temple of Apollo in Syracuse, which is the oldest doric Greek temple outside of Greece and for hikers, consider the challenge that is Mount Etna with its world-famous volcano. 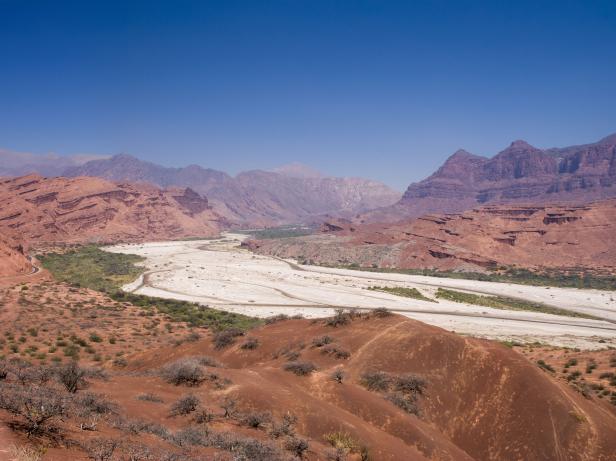 One of the great things about the Wine Enthusiast list is that it also includes suggestions for lodging, dining, local attractions and outdoor activities for every type of traveler. “Even though we love wine, people don’t spend all day in a tasting room when they travel,” says Kostrzewa. “You want to offer other experiences in these destinations. That’s also part of how we choose them. There are world heritage and cultural sites that can be visited and my feeling is that people who really are interested in wine and food are cultural people. They’re interested in things such as architecture, the arts, local traditions, all of those things are tied together. In addition to that, having other things you can do like hiking or cycling is another way of seeing a region and getting outside. I think it rounds out the experience.”

Six of the top ten wine destinations are spotlighted below with occasional commentary from Kostrzewa and my suggestions for free and/or inexpensive attractions, sightseeing and activities for each location. 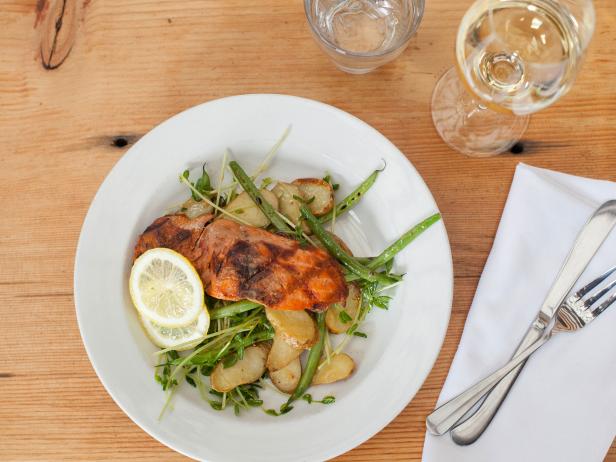 The other top U.S. wine destination is the Hood River region of Oregon which is the ideal place for travelers who love outdoor sports, drinking wine (sample the local chardonnay) and fresh regional cuisine (seen above). There are at least 36 wineries situated along the Hood River and plenty of other diversions amidst the natural beauty of the area such as fishing, camping, rock climbing and bicycling.

Cheap thrills: Great hiking trails and scenic beauty abound at Mount Hood National Forest, Mirror Lake Trail and Horsetail Falls in the Columbia River Gorge; for something delightfully different visit The International Museum of Carousal Art; and if you want to take a break from wine tasting, try some local beers at the Full Sail Brewing Company.

Top things to do in Split, Croatia