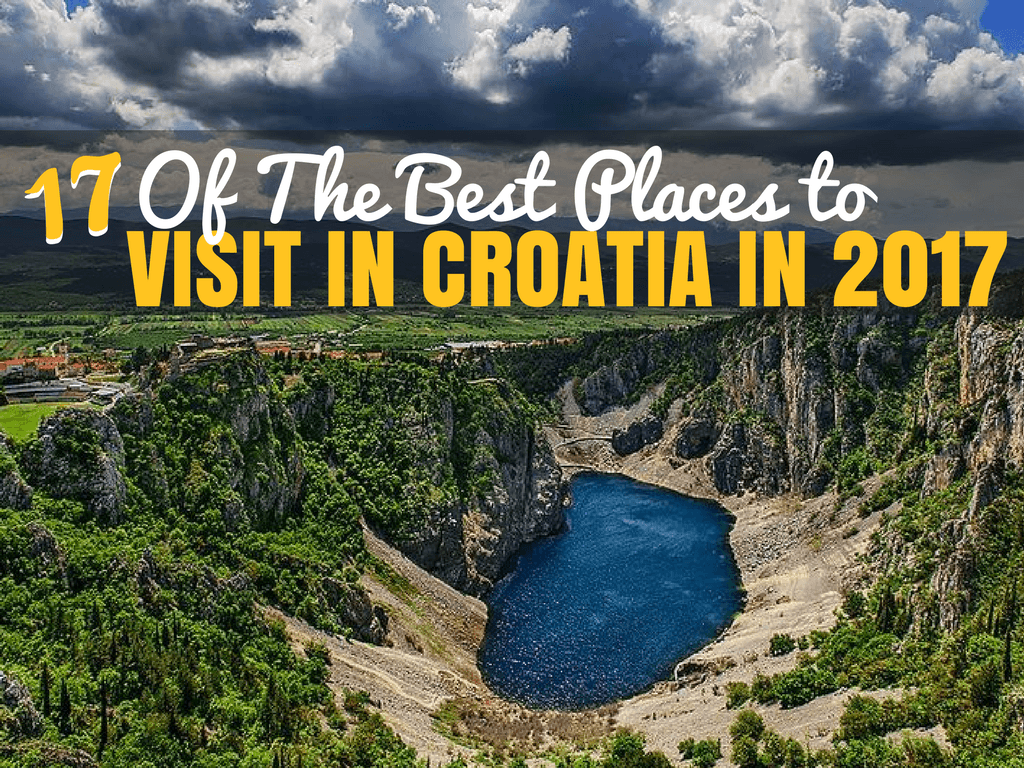 Right now, we know many of you are busy planning your 2017 vacation in Croatia. The season is just around the corner, in fact, for some, the season has already begun. Every year more and more people are coming to visit Croatia outside of the hot summer months. Guests of Croatia are more and more intrigued to explore the not so “popular” destinations that they have heard of over and over again. So we thought it might be a great idea to feature some great places to visit in Croatia that have loads of activities, many with fun for the whole family as well as for individuals looking for an adventurous holiday. Here our hand-picked ideas for best places to visit in Croatia this year!

Pack your bags and come and enjoy the beauty of Croatia.

Map of the Best Places to Visit in Croatia 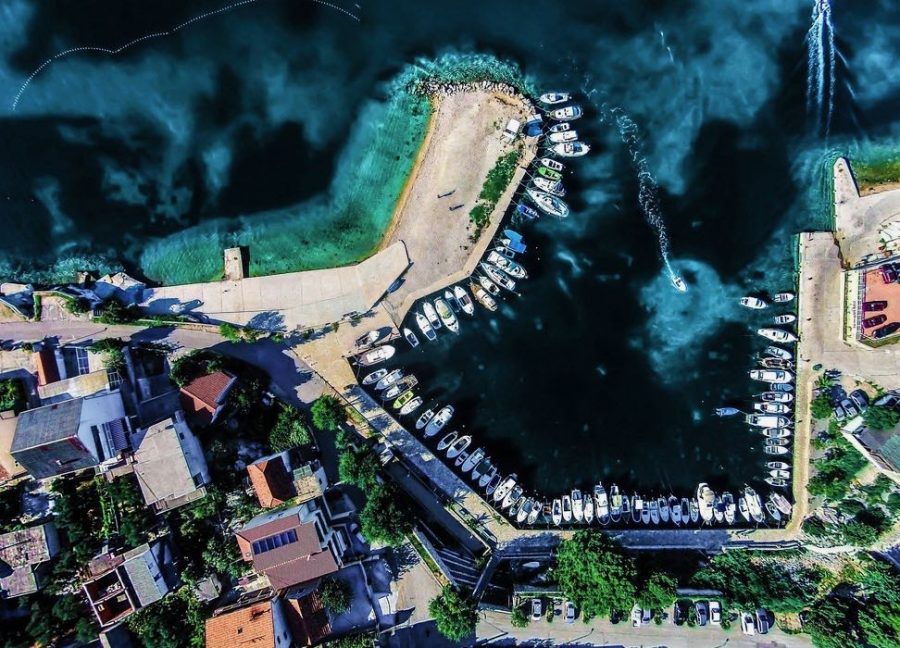 What to Do in Krapanj Island, Šibenik

Where to Stay on Krapanj

Best Places to Visit in Croatia: Village of Draguć, Istria 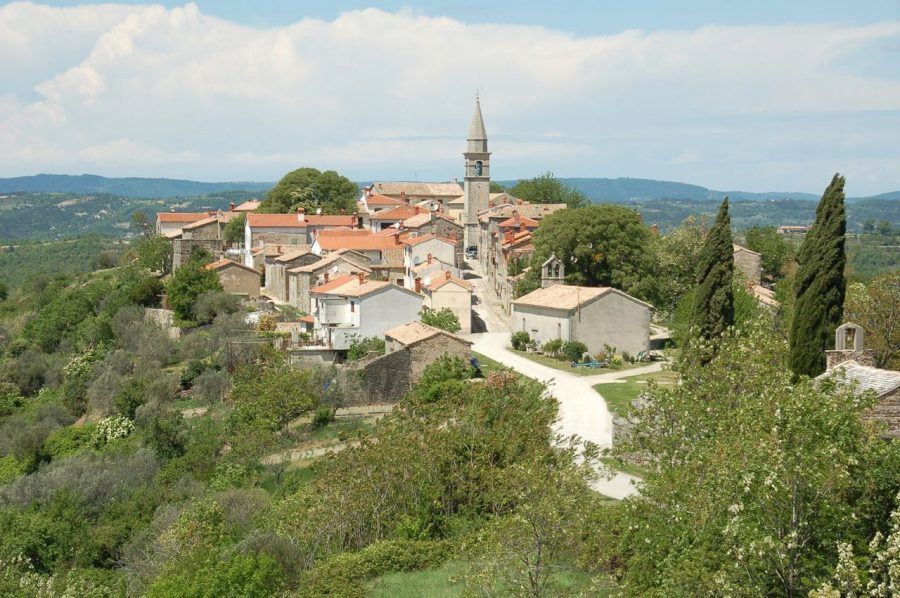 Draguć is a small medieval town in central Istria. It was built around a homonymous medieval castle. Located on a hilltop. The town survived after it completely burned down during the War of Uskoks (1615-1618). The town was symmetrically rebuilt. Throughout history, the French, Venetians, Habsburgs and Ottomans occupied the town. Many movies have been filmed here. It has been called the Istrian Hollywood.

Its churches are well known for their frescoes and sacred treasures. The oldest church in the village is St. Elisha from the 12th century. The interior is decorated with Romanesque wall paintings from the end f the 13th century.

The town offers cozy accommodation, with peaceful and quiet ambiance. Visitors will love the beautiful views from of the surrounding hillsides from the many terraces in the village.

What to Do in Draguć

Where to Stay Near Draguć

Best Places to Visit in Croatia: Village of Lun, Pag

Lun is a village on the island of Pag, located in the northernmost part of the island. It is a small and peaceful village, which has been declared a botanical reserve in 1963. The village is closest to Novalja. Lun has a very old tradition of olive growing, and it has perhaps (arguably) the best olive groves in all of Croatia.

Lun has a unique landscape that is not barren and rocky, which is typical of the Pag landscape. As you make your way to Lun from Novalja, it goes from rocky and dry rock to green and flat landscape, surrounded by dry stone walls and rich olive groves. The olive groves are composed of over 80 thousand olive trees in an area of about 500 hectares, many of which are more than millennia old. The oldest tree is over 1600 years old, being one of the oldest living beings on earth. The trees come from about 300 different sub-species.

What to Do Close to The Village of Lun

Where to Stay Near The Village of Lun

What Makes The Village of Lun Special 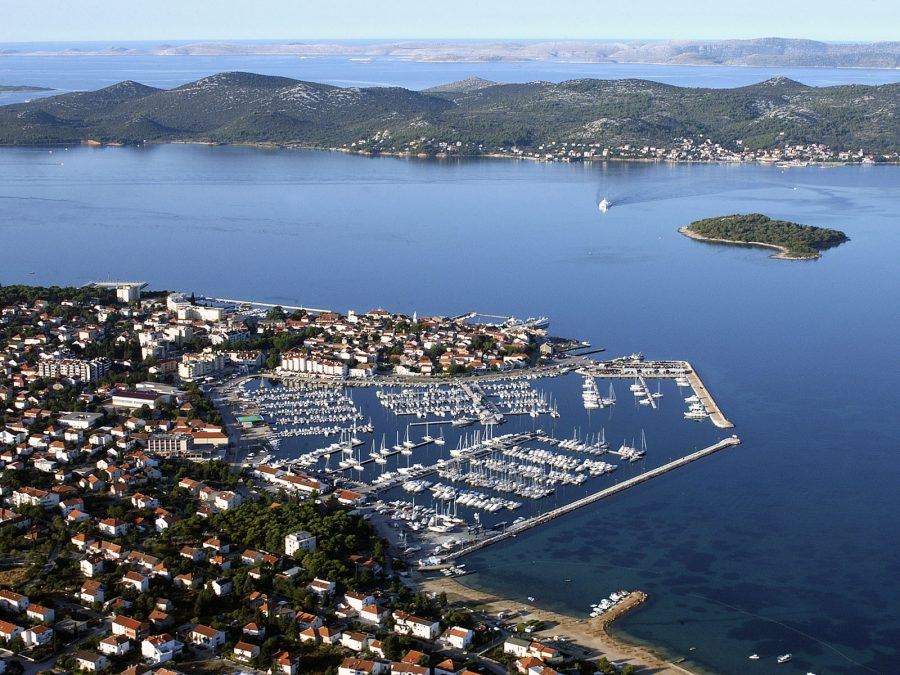 Biograd na Moru is located in northern Dalmatia (the very center of the Adriatic) and is a part of the Zadar Region. A town well known for its nautical tourism, it has a large marine harbor (Kornati Marina). The Marina is located in the western part of the town with 15 piers equipped with 750 berths. The city annually hosts more than 40 domestic and international regattas and over 30 flotillas, which are attended by more than 10,000 sailors from around the world.

Biograd na Moru was once known as the crown city of the Croatian kings. It has been referred to as the tourism center of the county. Unlike the rest of Zadar, Biograd na Moru has had a tourism history dating back to the 1920s. Its first hotel was built in 1935.

What to Do in Biograd na Moru

Where to Stay in Biograd na Moru 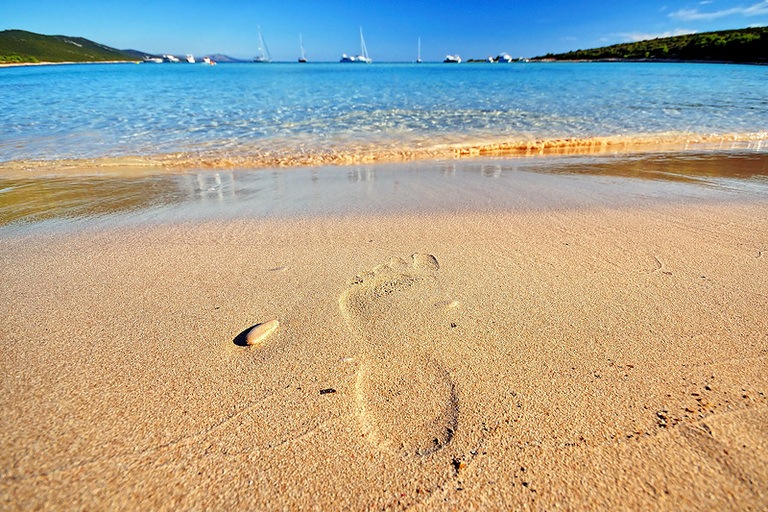 Where to Visit in Croatia: Sakarun Beach. Photo: Aleksander Gospic

Saharun is often referred as the Caribbean beach of Croatia. It is crystal clear, with a white sand beach located in a secluded bay on the northern tip of Dugi Otok in the Zadar region. It is one of Croatia’s best-kept secrets, as such it is not as busy or touristy as some of the other popular destinations in Croatia. It is a private paradise for beach lovers, but also for lovers of the sea who want to explore the Croatian islands on a sailboat or a yacht and are looking for a perfect place to anchor and enjoy the stunning beauty that surrounds them.

What to Do in Saharun Bay

Where to Stay on Dugi Otok

What Makes it Saharun Bay Special 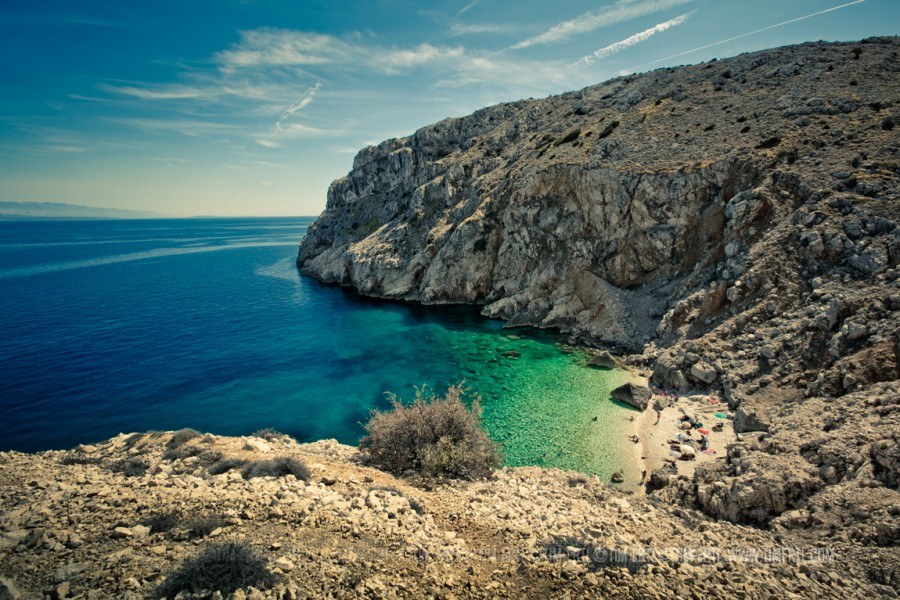 Cres is an island, located on the north Adriatic in the Kvarner region. Cres is Croatia’s biggest island, but also one of the least inhabited.

Cres has a total of 16 small villages on the island. Cres town is the administrative center of the island, which dates back to at least two millennia. The town can only be entered by foot through the, town gates. Two Blue Flag marinas are located in the town (Lubenice and Valun), they are surrounded by beautiful beaches. The town of Osor was once a regional capital and a major trading port on the Croatian Adriatic. Beli is one of the oldest towns, and at one point it was the most important. It is settled, on a high hill above the eastern coast of the northern part of the island. Western and southern part of the island has beautiful beaches and coves, while the north and east part is very steep and rocky.

Things to do in Cres

Where to Stay in Cres

Best Places to Visit in Croatia: Island of Rava 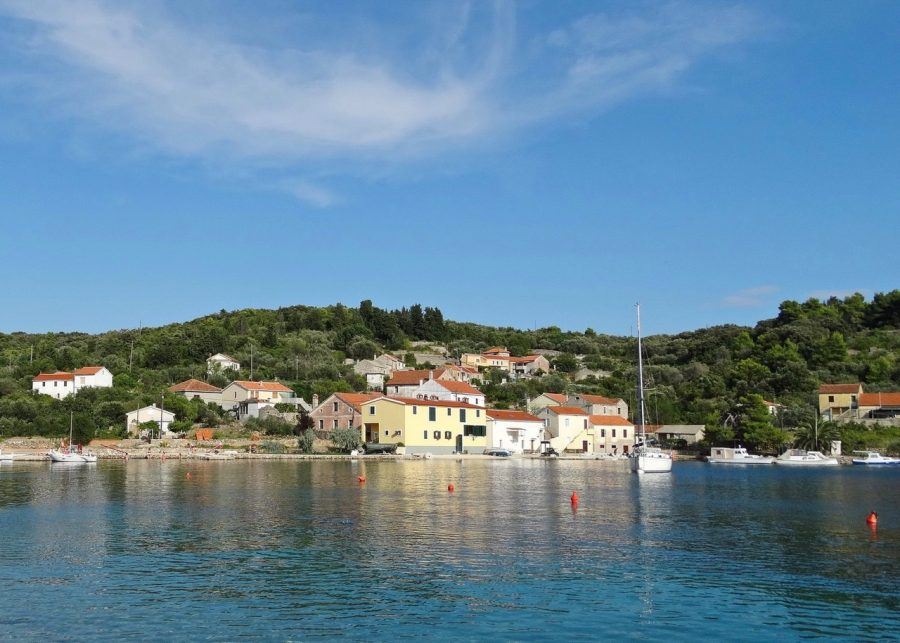 Rava is a small island between Dugi Otok and the island of Iž, in the Zadar archipelago, first mentioned in the 13th century. The Raua family of Zadar owned the island. The only settlements on the island are Mala Rava and Vela Rava. It has 13 bays and a little over 15 km of coastline. It is an island of great fishermen, wine, and olive growers. Rava has one of the most beautiful landscapes; heaven on earth for nature loves who want peace, tranquility and a little escape from the busy city life.

What to Do on Rava Island

Where to Stay on Rava

Best Places to Visit in Croatia: City of Karlovac 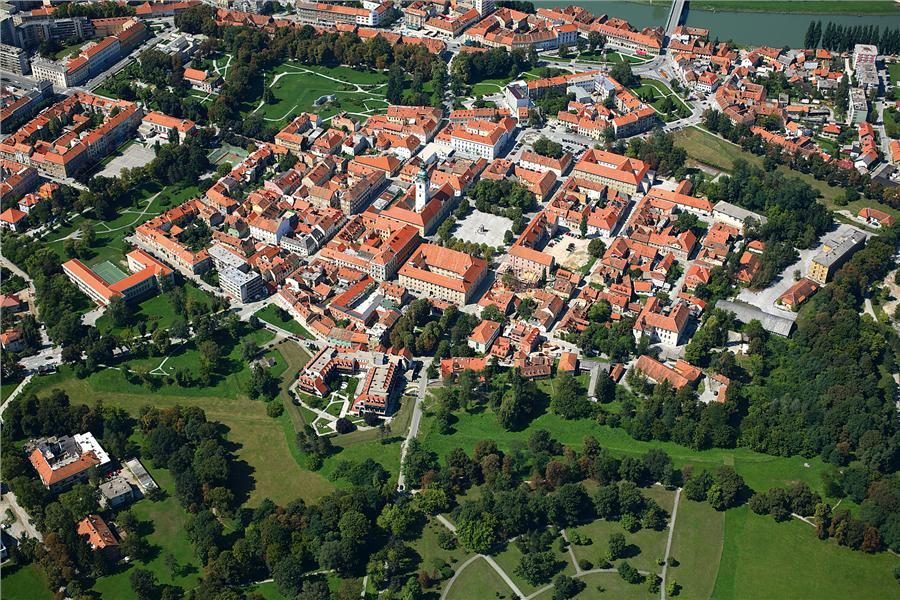 Karlovac is located in the Croatian interior, it is known as the city of four rivers. It is about 55 km from Zagreb. The town is known for its many beautiful parks, rich culture and of course for Karlovačko pivo – great tasting Croatian beer.

Things to do in Karlovac

Where to Stay in Karlovac 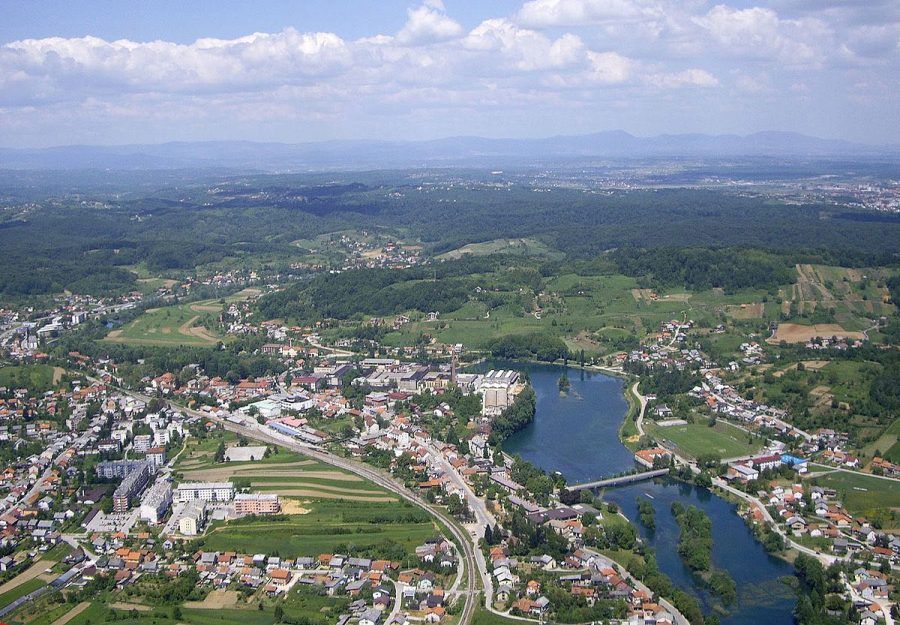 The town of Duga Resa is located in the Karlovac County, along with the River Mrežnica, about 65 km from the city of Zagreb. Duga Resa is known as a very active town with a lot of natural beauty.

What to Do in Duga Resa

Where to Stay In Duga Resa 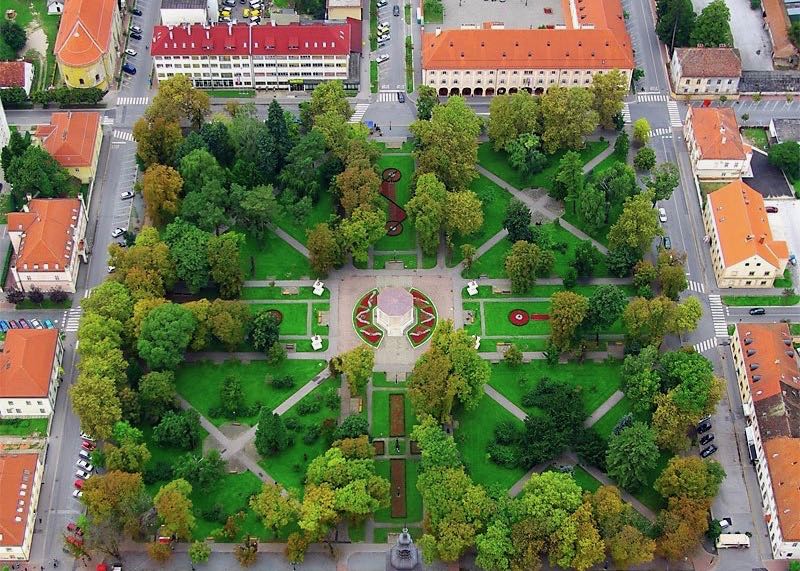 Bjelovar is located in the Bjelovar-Bilogora County and is the center of the County in the Croatian inland. It was established in the 18th century and has been voted the third most beautiful city in continental Croatia.

The city has a centuries old milk and cheese producing history. It is the agricultural and livestock region in Croatia. The city offers many recreational activities, including walking, cycling, jogging, riding and skiing.

What to Do in Bjelovar

Where to Stay in Bjelovar

Ilok is a small town close to Vukovar, located in the Vukovar-Srijem County. The little town is perched on a hill overlooking the Danube River, the slopes of Fruška Gora and many vineyard hills surround the town. It is known to be to be a well-preserved medieval town with a viniculture since the Roman times.

What to Do in Ilok

Where to Stay in Ilok 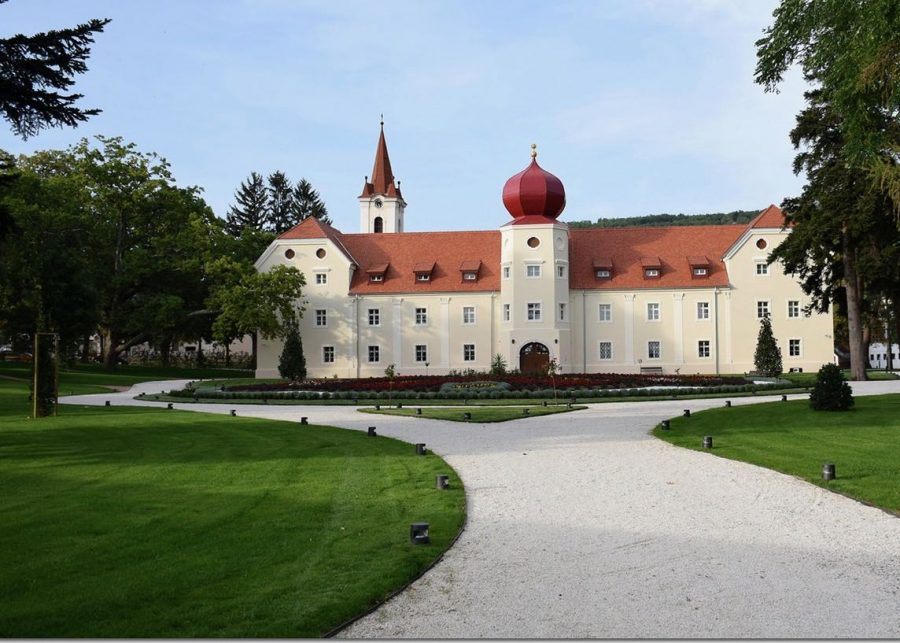 Kutjevo is a small town in the Požega-Slavonia County, located on the south slopes of the Papuk and Krndija hills in the narrow valley of the Kutjevčanka River in continental Croatia. The town was created in the 13th century when the Cistercian abbey founded the area and started growing wine. Kutjevo is known to be the wine capital of Inland Croatian. It has a very famous Old Wine Cellar dating back to 1232 and is the home of some excellent Croatian wine, including the Kutjevo Graševina, Pinot Blanc, Pinot Gris, Riesling, and Traminer. Next, to the Old Wine Cellar, you will see a beautiful old Kutjevo castle, which was built on the site of the former Abbey, connecting the castle to the wine cellar by a cellar passage.

What to Do in Kutjevo

Where to Stay in Kutjevo 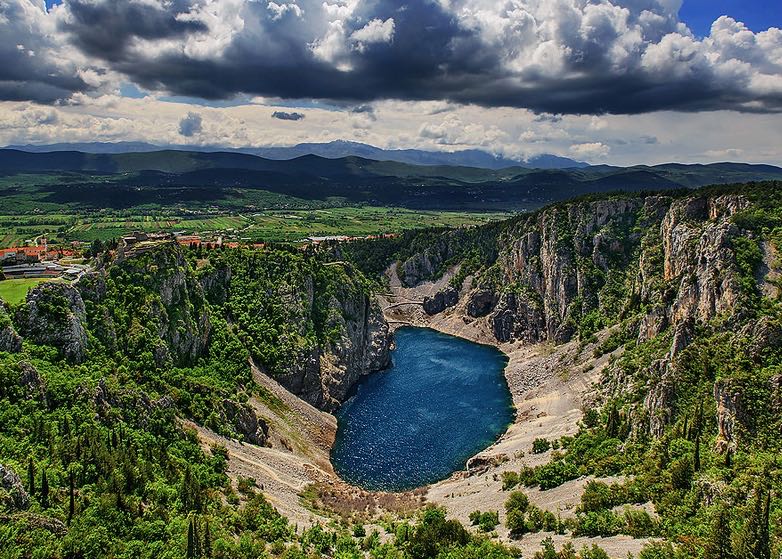 Imotski is located in the Dalmatian hinterland, behind the Biokovo Mountain, where Croatia borders Bosnia and Herzegovina. Imotska Krajina, the historical name of the region, is a very flat and fertile region. Which is why it is often referred to as the fertile Imotsko polje (field). The area is surrounded by a flat surface, but also there is a spacious karst area with hills and bays, which is where the Vrljika River flows, and a floodplain area called the Prološko blato, providing excellent conditions for agriculture.

The town of Imotski developed on the slope of Podi hill from a medieval fortress in the 10th century.

What to Do in Imotski 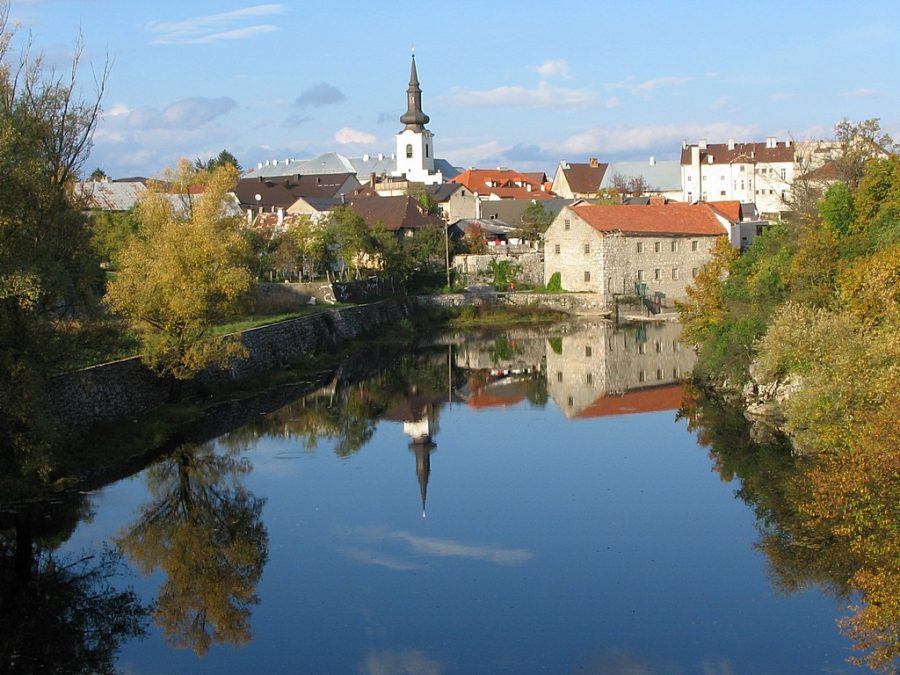 Gospić is a town in the Lika-Senj Count. Lika is, in fact, the largest city in Croatia – territory wise of course and not population wise – it is 967km2. Gospić is the administrative, cultural, medical and education center of the region of Lika. Gospić is very famous for being the birthplace of a very famous Nikola Tesla. The town was established in the 17th century and is located very close to the Dalmatian coast, separated by the Velebit mountain.

What to Do in Gospić

Where to Stay in Gospić Where to Stay in Krapina 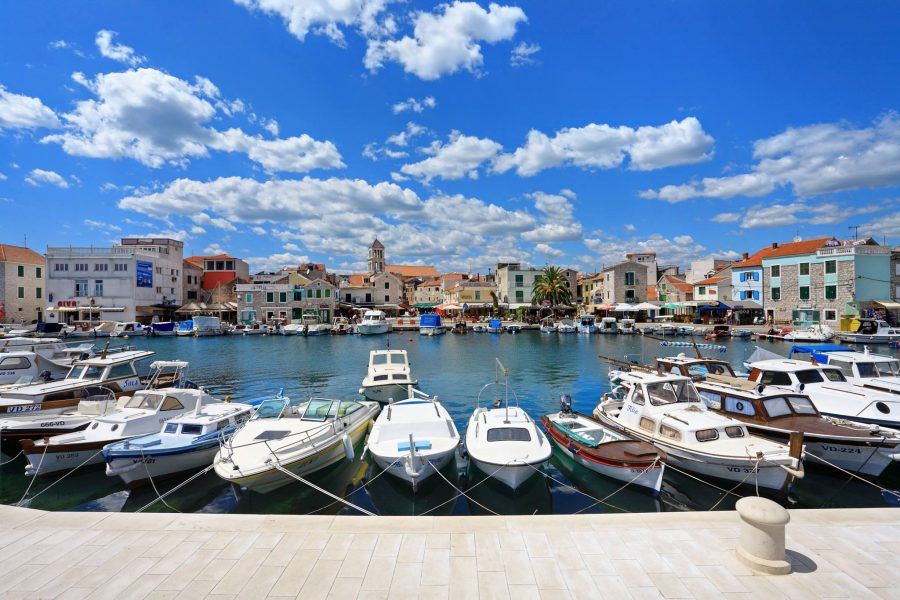 Vodice is a town in the Šibenik-Knin County in Croatia. It is situated in a wide bay in central Dalmatia. Vodice is a popular tourist destinationVand is known to be a lively and happening town, with a rich tourist offering. It has a large marina in the center of the town, with more than 400 berths. The marina has been awarded a “Blue Flag” for its infrastructure and supporting facilities. The town center is known for its many cafes and restaurants and having a long promenade for leisurely walks along the sea.

What to Do in Vodice

Where to Stay in Vodice

Best Places to Visit in Croatia: Island of Lastovo 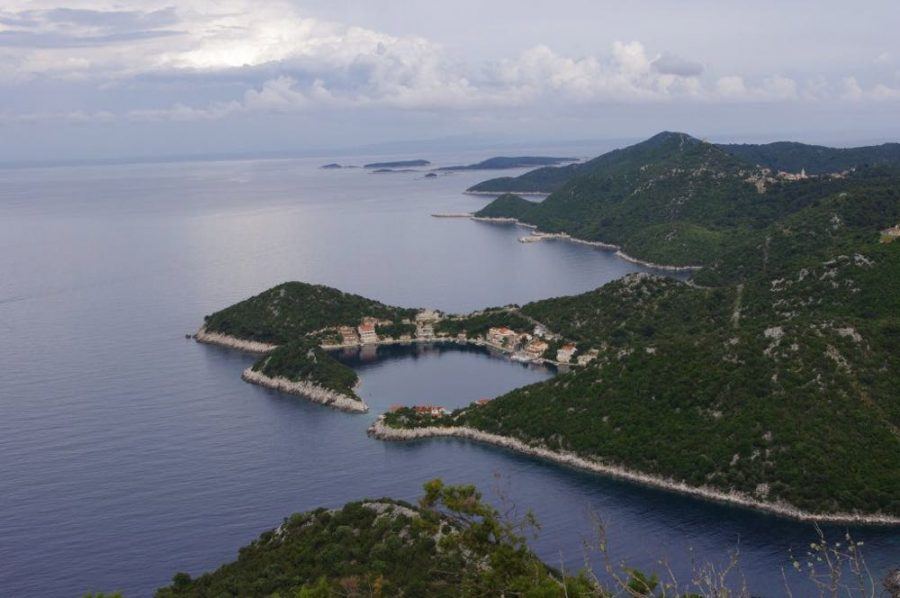 Lastovo is an island in the Dubrovnik-Neretva County. It is known as the Island of bright stars. It is quite a journey to make it to Lastovo, but it is well worth it. It is one of the furthest islands from the mainland (5 hours ferry ride or 3 hours on board a catamaran). Lastovo is an unspoiled, naturally beautiful with rich vineyards and thick forests. The main port on the Island is located in the town of Ubli.

What to Do in Lastavo

Where to Stay in Lastavo

Croatia is just so beautiful, and it has so many things to see. I wish I could write a whole book on things to do and see, but this will just have to do for now. Hope you enjoy and plan to visit one of these places this year. Happy vacation planning in Croatia!