10 Best Beaches in Albania You Gotta Check Out 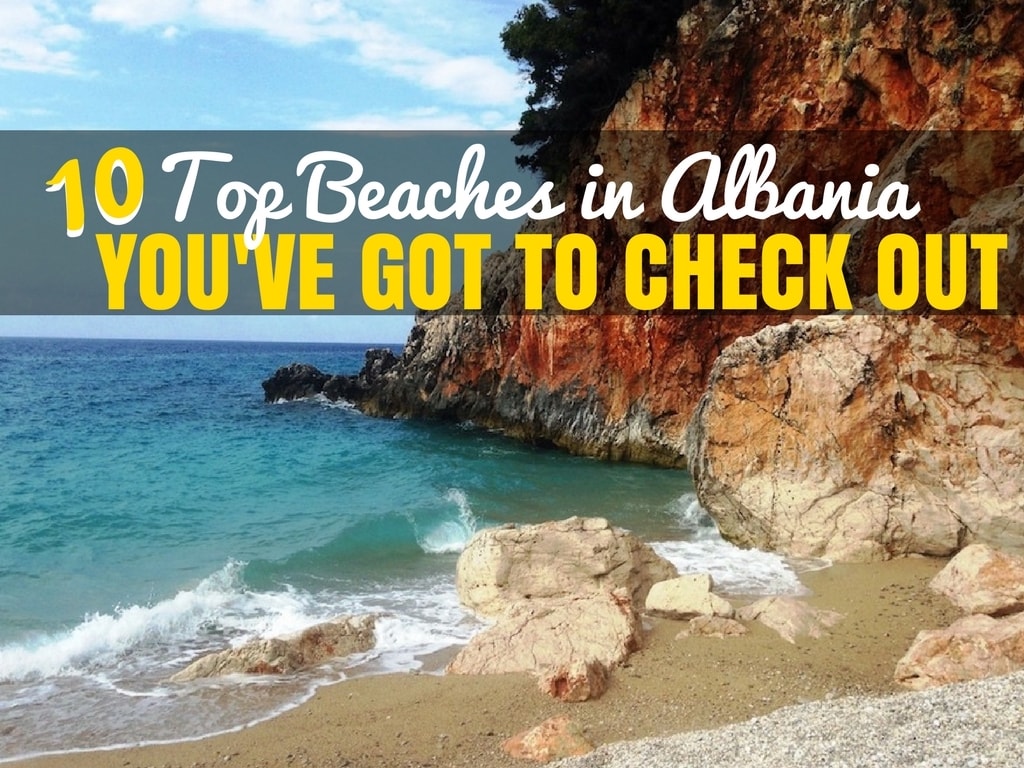 With its still unspoiled beaches, the tasty food and the extremely competitive prices, Albania is undoubtedly the trending summer destination in the Balkans.

The most enchanting stretch of coastline is the southernmost one, from the city of Vlore to the border with Greece. Along the coast, rounded, sensual mountains end straight into the sea, forgetting to leave some room for the beach. However, when they do remember, you will spot many narrow, secluded beaches nestled among the rocky cliffs.

The Albanian Riviera is very wild and populated by many different species of animals: driving along the glorious state highway number 8 I happened to meet donkeys, cows, turtles, frogs, sheep, boars, dogs, goats and many other animals! 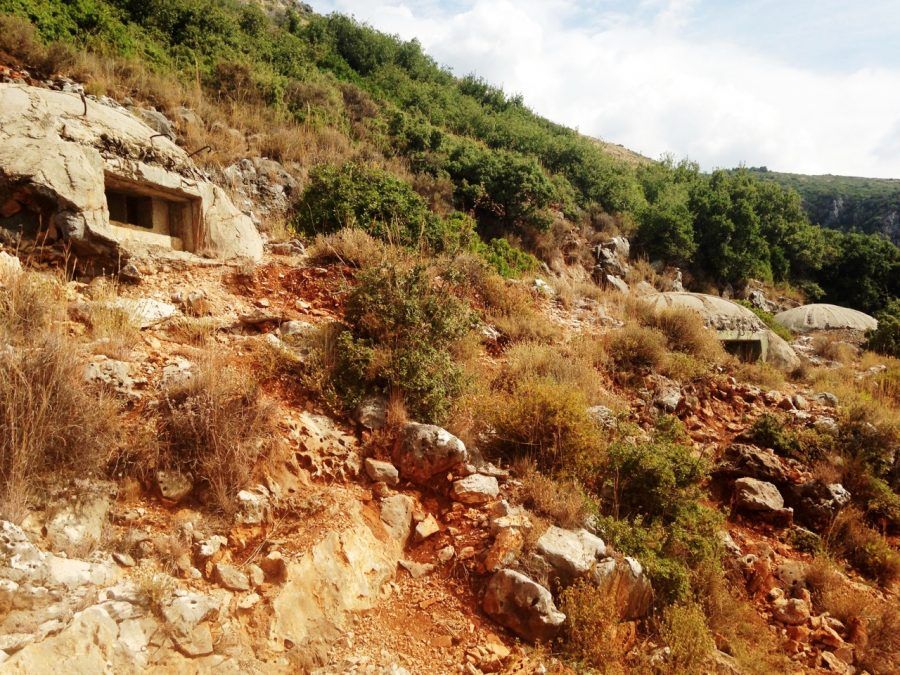 The Albanian coastline is also dotted with abandoned bunkers from the Enver Hoxha era.

The former Albanian dictator was so consumed by his fear of a military invasion that he literally covered the whole country with concrete bunkers, which still guard both the coast and the hinterland like a neglected army of untended beetles.

Without further ado, here are the best beaches you can find in Albania driving along the state highway number 8 from north to south: 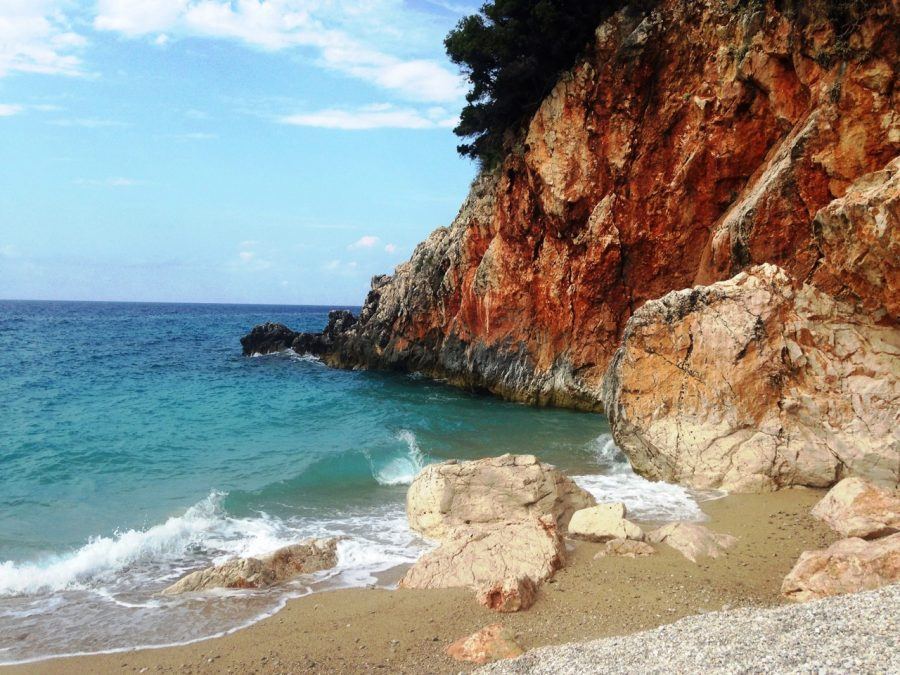 Gjipe Beach is possibly the best-kept secret of the Albanian Riviera.

You do need to take a 30 minutes walk (around 1.5 kilometers) to reach it. Never fear, you’re walking under the bathing sunlight along a red soil path. (just keep in mind that you’ll need to walk back later).

Gjipe is my favorite beach on the Albanian Riviera. It has a wild, simple and kind of alternative atmosphere, clear emerald water, and a majestic stage: it is nestled among the rocky cliffs whose color ranges from red to gray and white, dotted with the green of the shrubs.

Gjipe is one of the beautiful beaches on the Karaburun peninsula, which is part of the National Marine Park -hence preserved and well-taken care of.

Besides the beautiful beach, Dhërmi also has a vibrant nightlife, so it perfectly suits young travelers.

The village itself is made up of traditional stone houses and, more recently, wooden and eco-friendly structures built to host the numerous tourists without weighing down the ecosystem.

The area is also well-known for its many churches, where you can admire ancient cultural treasures. Dhërmi beach (which is 2.5 km downhill) is definitely more popular than Gjipe and other hidden bays in the area.

Dhërmi beach can get crowded with both locals and tourists in high season, but next to the main beach there are many secluded bays, which you can reach by walking through beautiful olive groves – so take a wander for some peace and quiet. 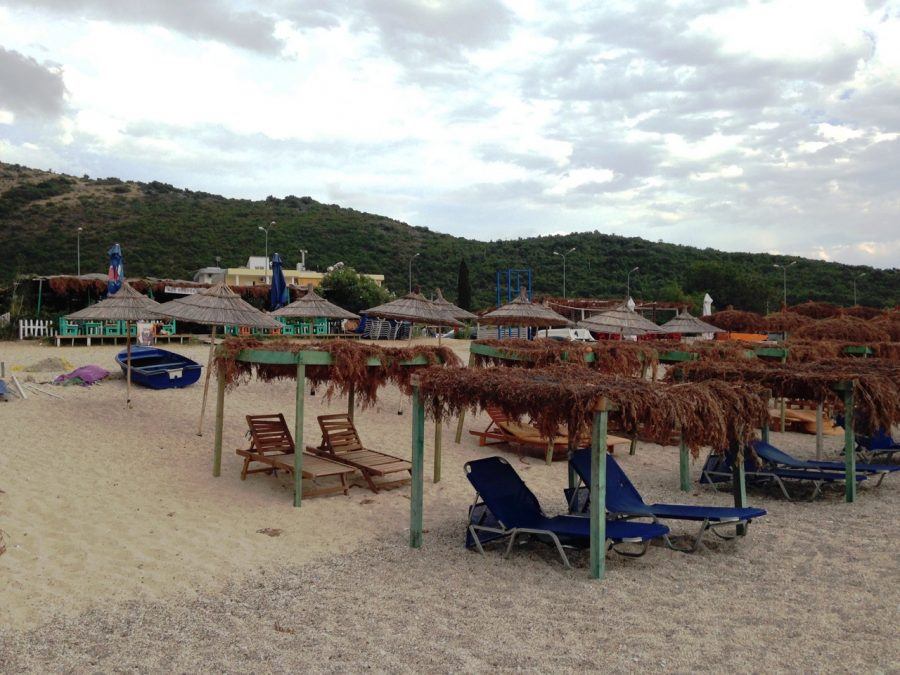 Jalë is a beach equipped with restaurants, bars, campings and even disco clubs, but –still- here you can enjoy a very relaxed vibe.

Tourism in Albania hasn’t fallen victim to the mass crowds (yet!), so even when you choose an equipped beach over a secluded heaven, you still won’t find dozens of tourists crowding the water.

Jalë is the perfect beach for those who fancy renting a canoe or other facilities, or even those traveling with kids.

Moreover, in the surrounding area there are many tiny coves that you can reach only by boat, so being totally relaxed is just one row boat away. 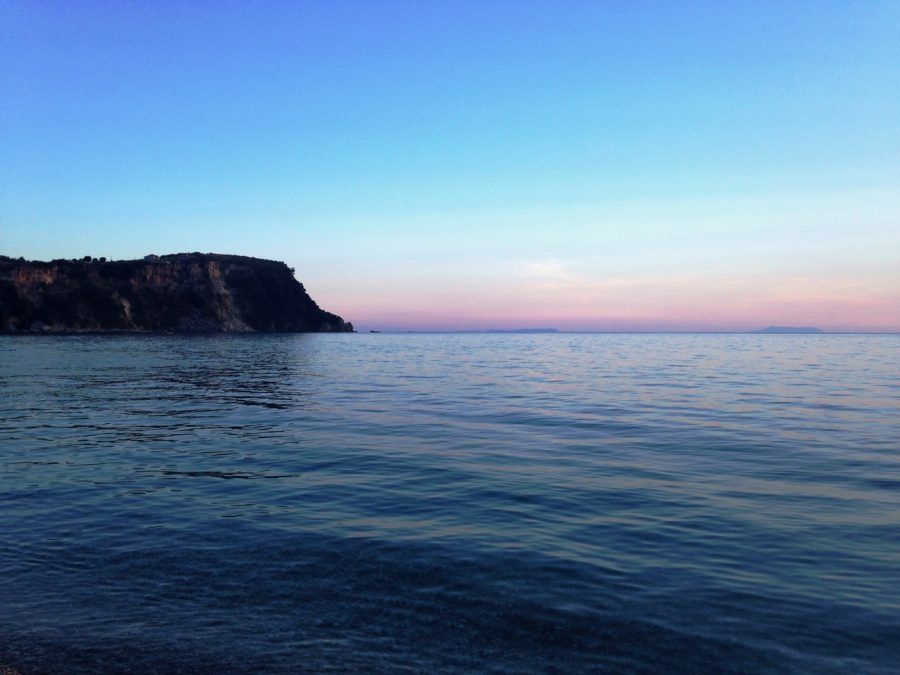 The small town of Himarë is well-known for its blue, pristine water among locals and travelers alike.

Himarë has two beautiful bays, beach resorts, restaurants and small shops on the seafront promenade. The real gem, though, is the ancient ghost village on the top of the hill, where you can admire the ruins of the Himarë Castle (which, with a history of 2000 years, shows a past when Himarë was an important center of the Ionian Coast) and several charmingly abandoned stone houses.

Local Tip: Visit at sunset when the view is magical, both on the bay and on the surrounding mountains. 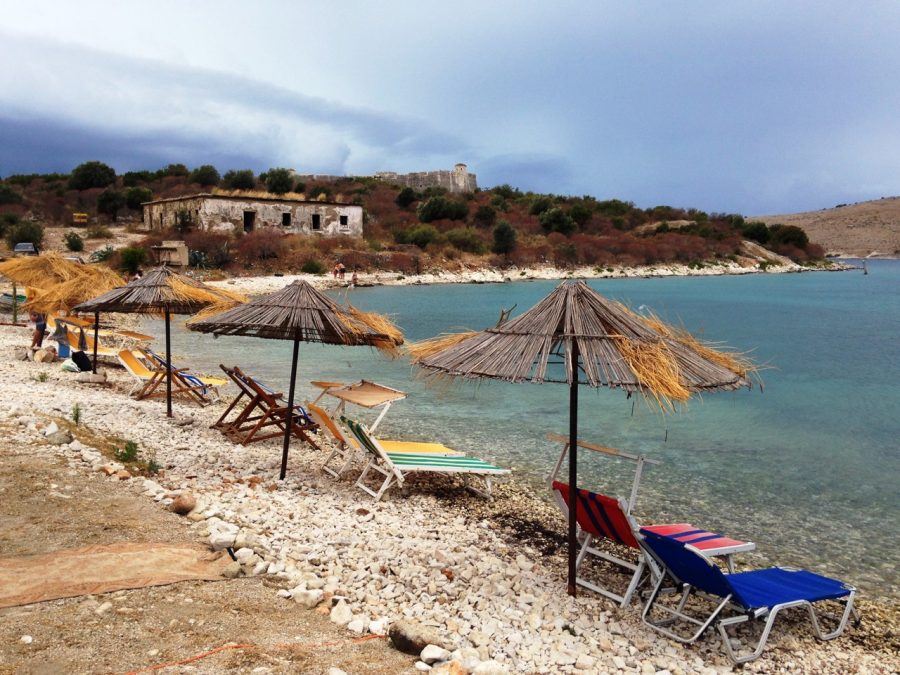 Another beach I really like in Albania is Porto Palermo, a small peninsula topped by a stronghold built by Ali Pasha during the 19th century.

This beach also served as a Soviet submarine base during the communist era and the whole place is so charming that it is often used as a film set.

As the rain was approaching on the day I visited, we took shelter in a stronghold and wandered around its dark alleys until we reached the panoramic terrace on the top.

Local Tip: On the other side of the peninsula, there is also the small church of Saint Nicholas, built by Ali Pasha in 1818 in honor of his wife that you should check out. 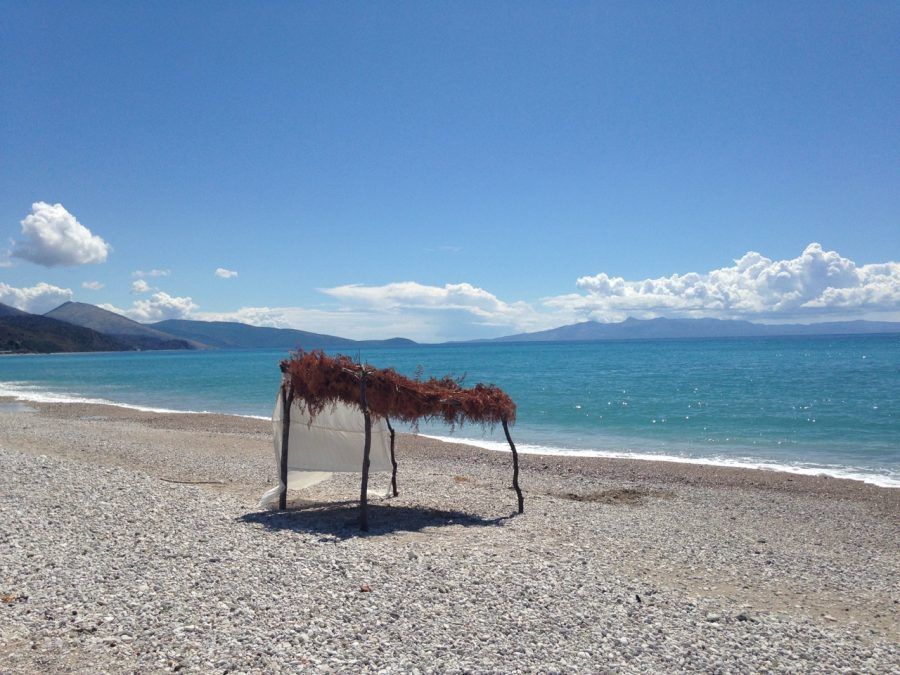 Borsh beach is well-known for its blue sea, whose water is both limpid and warm.

Borsh is a white, 3km-long stretch of beach. It is the perfect if you happen to be like me, and you find sunbathing boring. Instead, use the long stretch of foreshore, and take a long walk.

Local Tip: After a day at the beach, be sure to visit the Byzantine castle in the nearby village. As well as tourism,  prosperity for the community comes from the production of olive oil, which is very well- known in the area: be sure to try it! 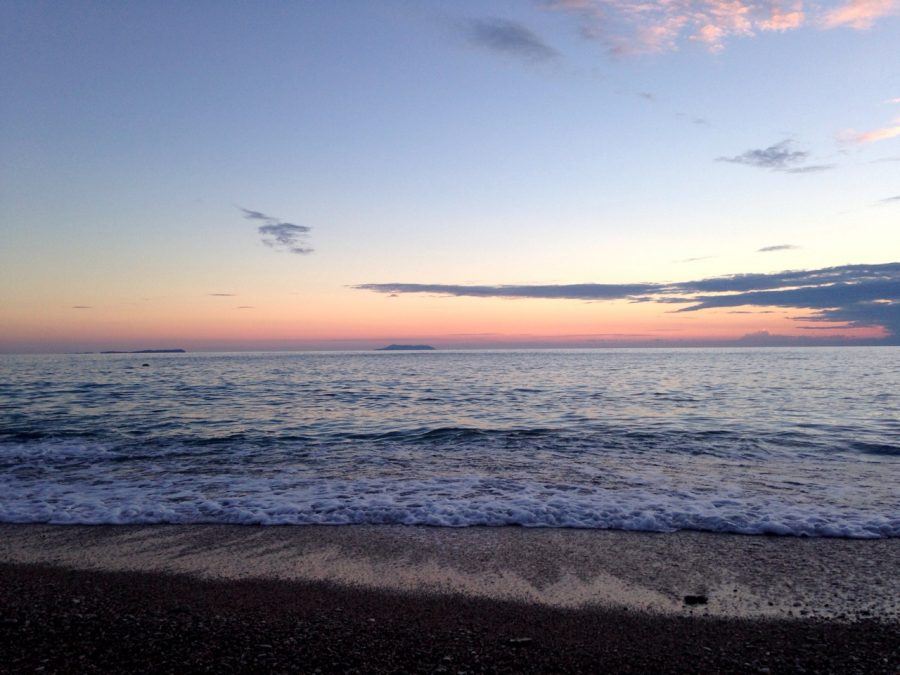 Qeparo is a shingle beach with a soft, sandy surprise as you enter the water: a great pleasure for our feet toughened by four days on Albanian pebble beaches!

But, Qeparo Beach is not only great for your feet! What I liked the most was that on this visit we also went to the old town of Qeparo, now (sadly) a ghost village made up of narrow cobbled alleys and stone houses abandoned and in ruin.

Local Tip: The village is on the top of a mountain, just be warned the road to get there was the most frightful on my Albanian road trip. That said, the view of Qeparo Bay from above and the charm of this abandoned village was totally worth it! 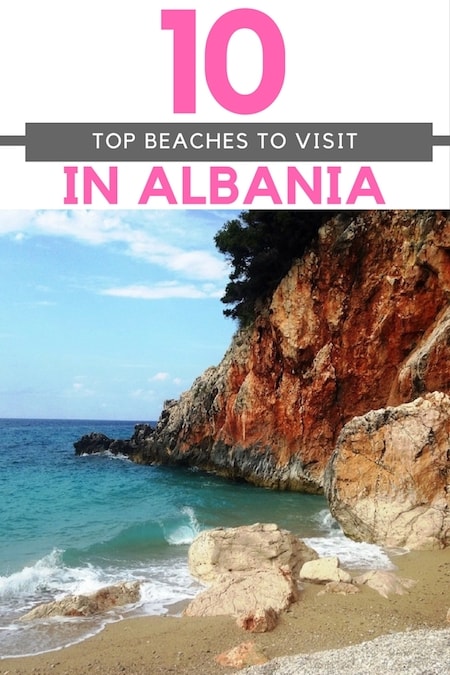 Sarandë is probably the most touristy area in southern Albania, well-known not only for its blue water but also for the proximity to the archaeological site of Butrint, whose astonishing cultural heritage is protected by UNESCO.

The main beach is named Ksamil: it overlooks Corfù, and it is located just a few kilometers away from the border with Greece.

Local Tip: In the Ksamil Bay, there are four tiny islands that you can reach by swimming or rowing to escape the crowds located at the main beach. 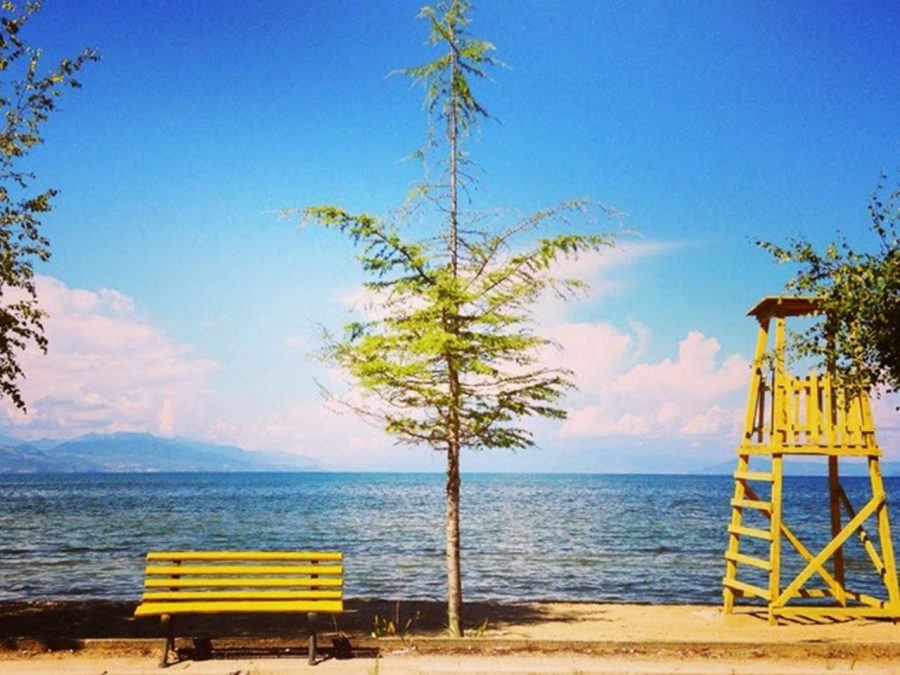 Tushemisht is on Lake Ohrid, the deepest lake in the Balkans and one of the oldest lakes in the world, also listed among the UNESCO’s world heritage sites together with the Macedonian town of Ohrid.

Though it borders with Macedonia, the Albanian side is much wilder. Tushemisht is a beautiful and relaxed village, definitely the place we liked the most on Lake Ohrid shores!

The village has several small canals filled with natural spring water overlooked by small houses, a main street with many beautiful backyards full of potted plants and small vegetable gardens and the village itself is very colorful with all its lovely painted benches and flower pots. 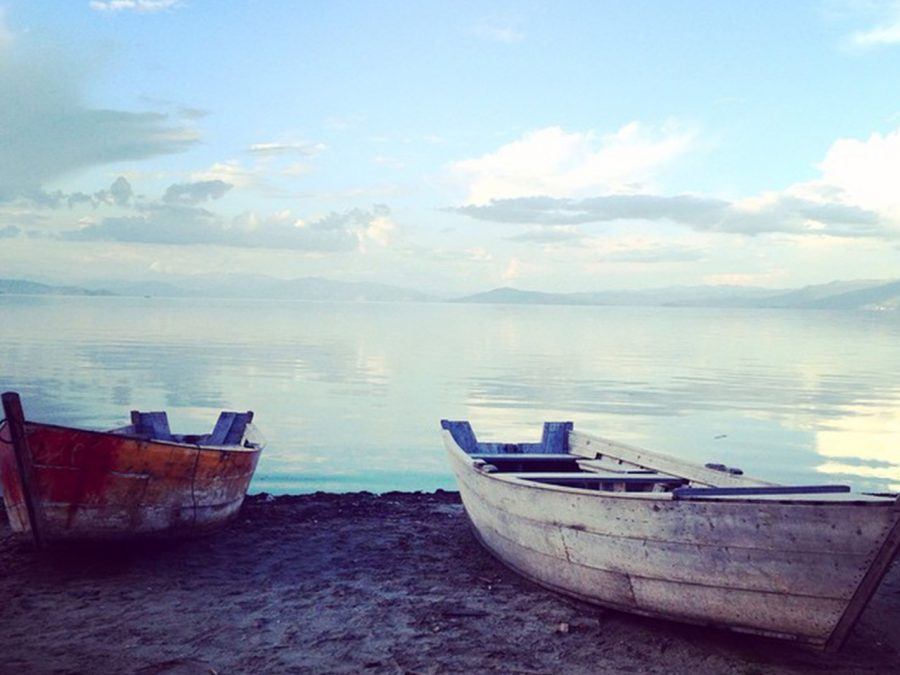 Pogradec is a hugely popular destination for Albanian tourism.

Despite the archaeological evidence showing that Pogradec area has been inhabited since the late Neolithic period, today you would have any idea.

Pogradec is a crowd of modern buildings, extremely high lakefront hotels and wide chaotic roads –including the state highway which runs in the middle of the city – and the touristic restaurants on the lake.

We loved the Pogradec waterfront with its colorful fishermen’s boats lying on the beach, suspended in the foggy atmosphere of the late afternoon when the lake mirrors the mountains and the clouds.